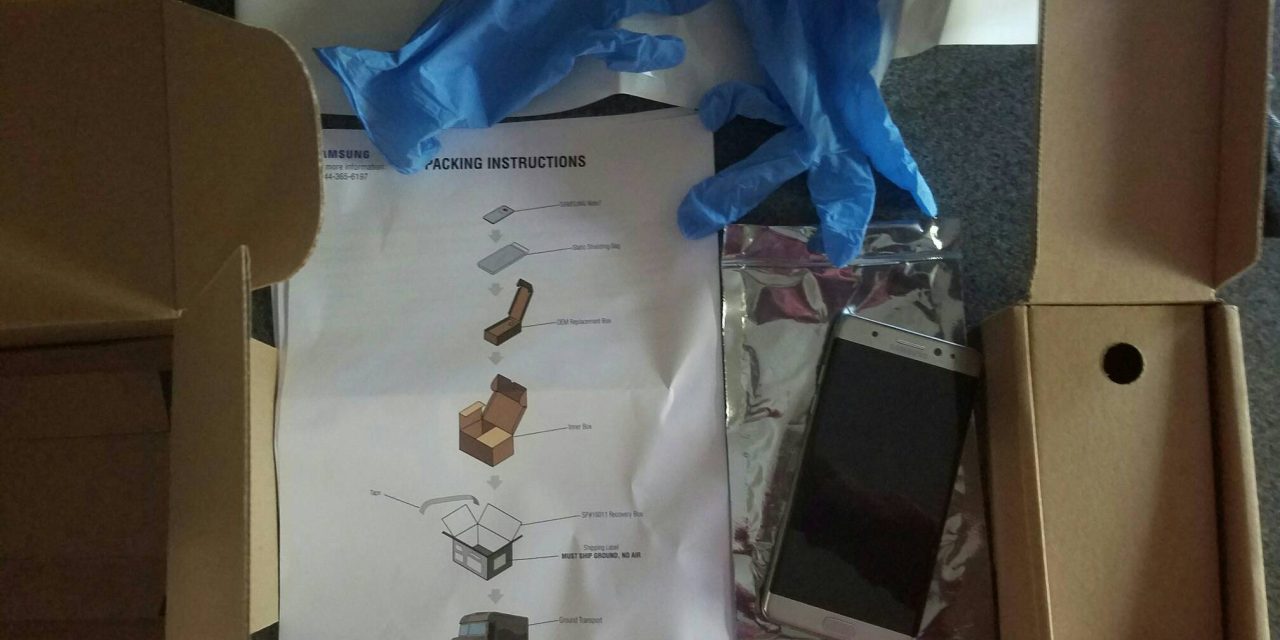 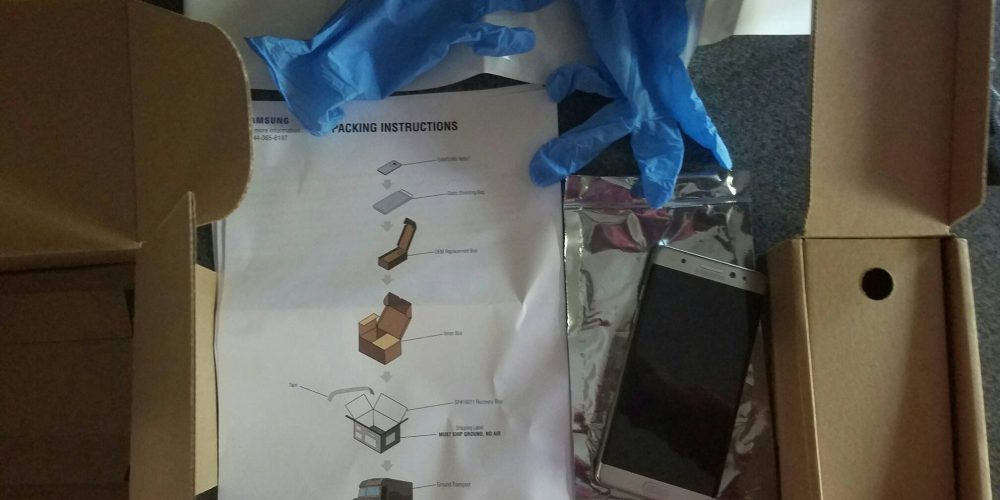 With production of the Galaxy Note 7 over and retail stores no longer selling the device, Samsung is now focusing on the safety angle. In addition to advising all owners to power down the device, the company has been sending out Note 7 Return Kits (via XDA Developers) as early as last week.

Specifically, the Kit is being sent out to those who contacted Samsung directly about returning the recalled device. The complicated package features a static shield bag to place the Note 7 in and several other layers of boxes. The outermost is thermally insulated and lined in ceramic fiber paper to minimize possible fires. Samsung also included step-by-step packing instructions and gloves to be worn during the process.

A pre-paid label is already on the box as are big printed warnings of how the package should only travel via ground shipping:

Forbidden for transport by aircraft

Ground and vessel shipment only

It appears that owners who were in communication with Samsung began receiving the kits as early as last Tuesday. They are likely intended for the original Note 7 model as news of replacement device combusting on a Southwest aircraft only surfaced Wednesday, though Samsung was aware of an earlier incident that very Tuesday.

Preparing to return the Galaxy Note 7 to Samsung using their "safety kit". pic.twitter.com/QSohWrnrl5

The mysterious package turned out to be a return kit for my recalled Note 7. XP