Opinion: With Pixel in the picture, 2017 could be one of Google’s most important years ever 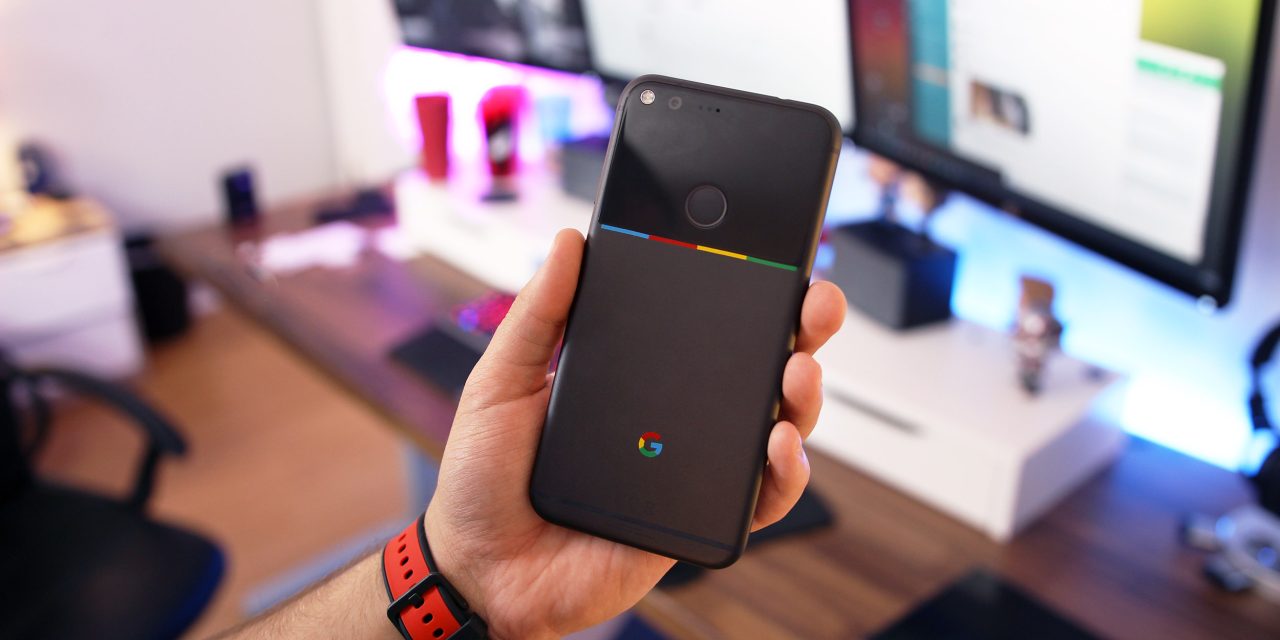 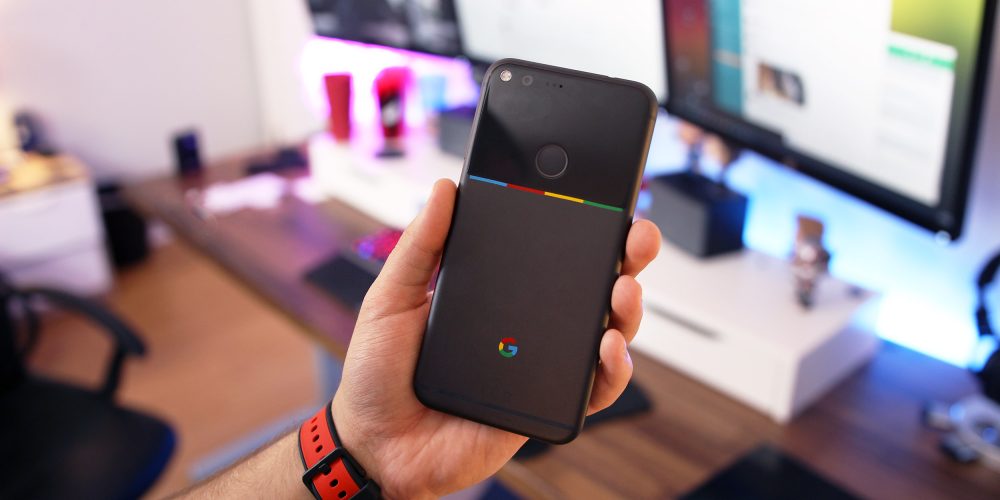 Google has finally, officially entered the hardware game. When SVP Hiroshi Lockheimer took to Twitter a few days prior to the event and stated that eight years down the line we would remember October 4 as a day just as important as the birth of Android itself, I strongly believe that this move is what he referred to. Not just the Pixel phones, not just the Assistant, but rather a unified — if a bit prototypical — package that marries the two under the label “Made by Google”.

And what that means, if my understanding is correct, is that over at Mountain View things are just getting started…

So first things first. You’ve probably read extensively about the two Pixel smartphones, and chances are that now that the brouhaha over their lack of water resistance or the iPhone-like price has settled, we can confidently say that these are the best Android smartphones around without being called crazy. I myself come from a Galaxy S7 edge — the device I crowned as the ‘Smartphone 1.0 era”s last straw — and after a little over a week of use, I feel like the switch’s pros have largely outweighed the cons.

Namely, the speed and responsiveness of this device are simply ridiculous; I have never, ever experienced such a fluid, pleasing and virtually instant UI on Android, not even on a fresh out-of-the-box Nexus 5 or OnePlus One. I expected it to feel faster than the S7 edge, but what struck me is that I had not to look for it; it was glaringly obvious from the get go, and what’s more is that Android’s micro-lags simply are all but gone.

And it’s precisely that kind of experience that, in my opinion, makes for a device you simply don’t want to go back from. As my colleague Stephen smartly put it, the Pixel is the best Android device ever because it is the least frustrating one ever. It’s the first one where Android shines in all its flexible and yet powerful prowess without getting in the way, working intelligently for you behind the scenes and allowing you to focus on what you actually want to do. Oh, and 7.1 looks beautiful, and its animations are gorgeous.

However, what I’m seeing here is a bigger overarching theme, one I have long called for: serious integration between hardware and software — so-called optimization. The Pixel is indeed a good example of this: now that Google has been given much more space to work on the actual hardware, it managed to truly fine-tune the software and improve critical things such as touch latency — and it shows. These are not the kind of things you can advertise easily, but certainly features that users can actually appreciate (and notice) on a day to day basis, each and every of the hundreds of times they pick up their phone in any given day. 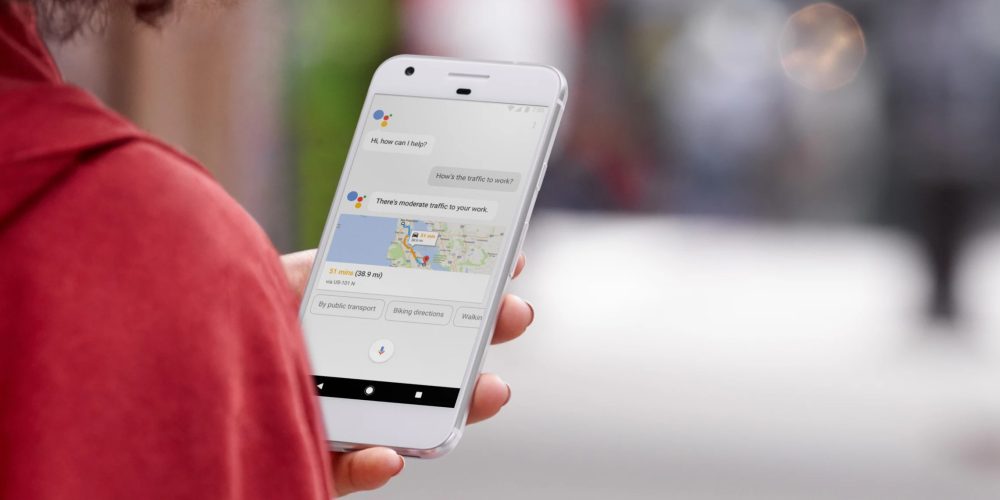 That is, in fact, precisely what Google has been working on. The Pixel phones have no truly standout feature — unless you want to count the relatively half-baked Assistant — and actually lack some of the competition’s boasting. However, the simple fact that these devices just work may very well be enough, and precisely what Google needed to do with their first shot. And let me say it again: they absolutely nailed it.

Think about it: Google is a newcomer in the hardware space, and that is proved by the fact that most of its marketing campaign is focussed almost entirely on selling people the idea of a handset made by them. You see it in the ads: a small “Pixel” sign followed by a giant “Made by Google“. Had they come with some magical new technology, people wouldn’t have been able to fully appreciate it, simply because of the fact that they are not known as a mass market smartphone maker — that is what they are working on, and they are trying to change that perception.

And how are they doing it? Simple: by getting the basics right and building some ground to work on — while potentially making some money too. What you will hear for now is not that Google has brought something spectacular to the table; they’re just having a go at it for the very first time in the mainstream market, and they’re doing it right. Especially at a time when the Note 7’s spectacular fail has opened such a big door, the Pixel has a chance to try and fill the void left by the burnt-out Galaxy. It certainly won’t be able to do it overnight, but Google’s 2016 effort is one of establishment, not revolution.

Google’s 2016 hardware effort is one of establishment, not revolution.

After all, we more or less know that the Pixel’s voyage to consumerland has not exactly been a bed of roses; between Huawei‘s bailout and HTC‘s relatively rushed development cycle, there’s only so much Google could actually do. And let’s not forget that the man at the helm of Google’s hardware efforts, Rick Osterloh, has only joined the company about half a year ago, which means that expecting the Pixel phones to be a result-of-years-of-R&D breakthrough product would have meant that your calibration was a little off. You have every right to complain about the design’s dullness, but you have more than a few reasons to understand why that happened.

There is a dichotomy between what Google wants you to know — i.e. that the Pixels are the first phones “designed, engineered and tested in house” — and the reality of it. It’s not that this isn’t a Google baby, or that HTC is anything beyond the claimed assembler (like Foxconn is to Apple), but simply that the hasty nine-months development simply can’t represent the company’s vision at its very best. “Their answer was essentially ‘we ran out of time’,” said David Pierce speaking on the Wired Podcast. The Pixel is then an incredibly successful compromise, if you will.

However, if there’s one key bit we can extract from Osterloh’s speech at the firm’s event earlier this month, it’s that Google’s commitment towards hardware — and not just ‘hardware’, but high-end, consumer facing hardware — is serious, and that they’re in it “for the long run”. An interesting Bloomberg piece developed more on this idea, and among the most crucial parts is the fact that, as it appears, Google is already actively working on next year’s Pixel. Says the report:

Now that Google is designing phones itself, the company can at long last put together a product roadmap going out several years. For example, last month [engineering VP Dave] Burke was able to see a photo taken by a Google handset that won’t debut until next fall. That “would have never happened with Nexus,” he says. Going forward, more and more of the phones’ guts will be developed in-house. Burke says the company will eventually be able to ship its own custom “silicon,” a buzzword for customized processors that make devices work better.

And that, right there, is another highlight. Of course, this year Google has had to rely on Qualcomm and its Snapdragon 821 as its chip of choice, and while the already plenty capable SoC has indeed been optimized, its results are likely not what the company could achieve if it worked on its own custom processor — and Google indeed thinks as much, which means that in that aforementioned product roadmap, somewhere not necessarily too far down the line, we might see Google’s hardware division actually shine through and through, with ostensibly better results.

What else was not ready for Google to show off as its next big splash in the tech world? You guessed it: Andromeda. We know that the search giant has actively being working on the new OS for quite some time now, and chances are that its absence from the October 4’s event was attributable much to its actual readiness status as to its very own importance, which would likely have stolen the limelight from the hardware galore had it made even a quick appearance at the event.

Andromeda is a big project: by folding Chrome OS elements into Android, Google is essentially trying to create a Windows 10-like unified system that works on pretty much every form factor you can think of, with laptops/convertibles/2-in-1s representing the new key target. And, if rumor has it correctly, we might see the culmination of those years of work with ‘Bison’, the Google-made laptop that is set to be the first device of its kind running Andromeda.

Back to the above-mentioned overarching theme: Google is still just teasing us, and between a much more mature concretization of its hardware vision and the revamped OS project, 2017 (and, indeed, the years to follow) will potentially be the actual defining moment of this new consumer-friendly face of the firm. Apple is expected to unveil the big iPhone redesign next year, and Samsung will likely make a ferocious and hungry comeback to prove that it’s everything but done — and who knows, considering how good Microsoft is getting at doing hardware, even their rumored Surface phone could have something nice going for it.

In any case, the hardware game between companies is about to heat up again, and very significantly this time around. By all means, get a Pixel if you want the best Android experience there is and you need a phone right now — it’s an absolutely spectacular device which will leave you with no remorse. Buckle up though; things are about to get exciting.