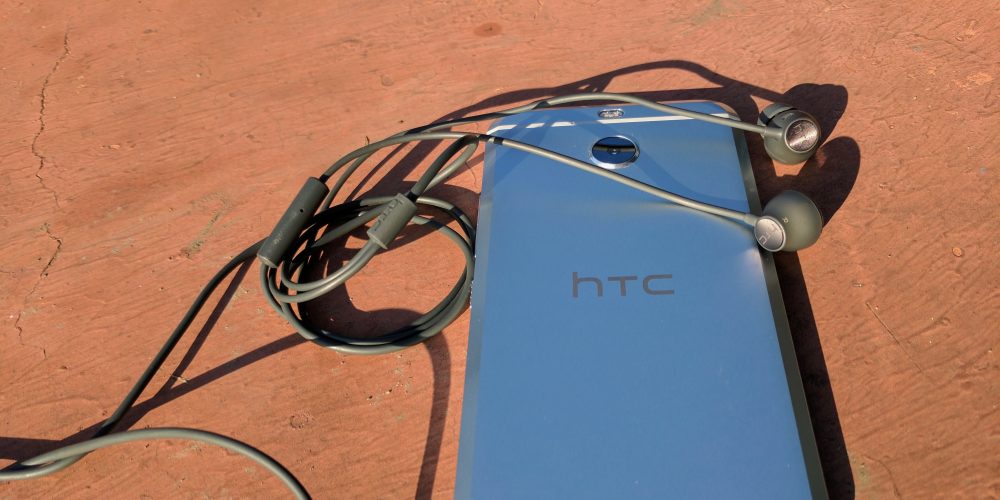 Over the past three years, HTC has only partially tweaked the design of its flagship smartphones. Concurrently, Sprint has seen its fortunes decline; falling to fourth place in subscribers. The HTC Bolt for Sprint is very much emblematic of these two trends; it’s a minor iteration for HTC, and tries to bring improved networking to serve as a competitive advantage.

Notable points to know about this phone: there’s IP57 water proofing, and no headphone jack. There’s also a stunning amount of pre-loaded software, which probably shouldn’t be surprising since the primary reason for its existence is as a technological showcase for Sprint’s LTE Plus network…

2016’s Bolt is essentially a natural extension and refinement on the excellent One (M7). The curved rear has since been flattened, with the chamfers widened and adopting the same dulled un-polished aluminum. While I never noticed this design decision on the One, the Bolt moves to aluminum edges versus an encompassing plastic frame. This was surprisingly noticeable, since anything aluminum in the winter is cold to the touch when picked up.

One notable upside of this device is its IP57 water protection, with the ‘5’ referring to dust protection and the ‘7’ to one meter of water submersion for 30 minutes. This protection is a first for me, but I did not feel any more inclined to put my phone in precarious situations. If anything, I just felt more comfortable using the phone when eating.

The Bolt retains vertical antenna lines, but still requires a plastic window on top which results in my first issue with the design. From simply keeping the phone in my pocket, the white window consistently gets scuffed up. Dirt and grime also has a habit of coalescing around the raised camera lens. There’s a small noticeable gap between the body and the angled bump. Both are minor grievances and would likely be less notable on the black model.

Up front, HTC retains its habit of thick upper and lower bezels for the 5.5 inch Quad HD LCD protected by Gorilla Glass 5. There are no front facing speakers, just a thin fingerprint sensor that still results in a significant gap before you reach the screen. Besides the perfunctory front facing camera, speaker grill, hidden light, and other sensors, the front face is rather clean with no HTC logo.

The fingerprint sensor is not a physical button, but it does vibrate to provide feedback. Being more familiar with software buttons, I was prone to frequently activating Now on Tap. The sensor is snappy and as such very fast to jump to usage from sleep. By default, the backlight of capacitive buttons that flank the sensor turn off when inactive. Fortunately, users can have them always be on when the screen is active.

From a usability standpoint, the flat back is great, but taken with the wide chamfer make for a rather impersonal and unappealing design. The Bolt is brutish — unpleasant in that’s it cold to the touch (especially during the winter) and with sharp edges when picked up. While the One of 2013 made an aluminum unibody exciting, three years later the design is staid and played. HTC can argue the Bolt is a refinement of a classic, but revisions should get better — not worse — over time.

The Bolt exists as a showcase of Sprint’s new 3×20 MHz carrier aggregation. The LTE-Advanced feature works by bonding three bands of spectrum to create wider channels that allow for more capacity and peak speeds of over 200 Mbps. While fast, Sprint has only begun to deploy three-channel carrier aggregation in Chicago, San Francisco, Minneapolis, Dallas, Denver, Kansas City, Cleveland, and Columbus.

The amount of carrier crapware on this device is astounding, with first boot making for a visual and auditory assault. In reviewing the Bolt, I endeavored to use it the way the average buyer would. With everything unchanged, I received a ridiculous amount of third-party notifications, offering deals from HTC, Sprint, and a customization app called TouchPal. Then again, it was the weeks leading up to Black Friday, but this contribution to notification overload was insane. However, the absolute worst offender was an app called News Republic — countless news notifications a day that I initially assumed were a part of BlinkFeed.

Many third-party apps are also installed out of the box. With a complete family of Amazon and Sprint apps, there are literally three different ways to purchase media. Other offenders include AAA, DraftKings, Facebook, and Uber. As evident by the last two, I see how Sprint is trying to provide useful services out of the box, but the consumer should not be confused on where to get content.

The above ordeal completely clouds the fact that Sense is actually decent and not gratuitous from a design standpoint. Said notifications detract from the fact the Bolt being first HTC device to run Android 7.0 Nougat out of the box. Using multi-window was a joy on the 5.5-inch screen and a noticeable improvement from the 5-inch Pixel. HTC did not skin Nougat’s already wonderful notification shade. The quick toggles provide quick access to various settings, with users having the ability to reorder them.

Sense indeed has a number of useful software features. Called Moves on the Pixel, there a five motion launch gestures. The most convenient when the device is locked is Double tap to wake up & sleep, Swipe up to unlock, Swipe down twice to open Camera. Long staples of HTC devices, these features are genuinely useful.

Additionally, the launcher usefully has support for showing notifications badges on app icons. Most consumers will end up enjoying the built-in personalization features that HTC collects into one screen accessible from the Settings app. Here you can change the color of various parts of the UI and use the HTC Themes app.

The lack of front facing speakers is remedied by the very loud bottom firing speaker. There are five slits on the bottom left corner that should be enough for most people. However, the real audio story of this phone is the lack of a 3.5mm headphone jack.

Thankfully, HTC included a pair of USB-C headphones that tailor audio to the structure of an individual’s ear to provide a better listening experience. Rather annoyingly, every time your play audio a persistent notification informs you that HTC BoomSound and adaptive audio are enabled. Tapping it “detects and balance sound levels,” while opening the notification allows you to disable the feature. In practice, I’ve found that the feature just boosts the volume.

The provided pair have only a play/pause button and no volume controls. Annoying, the pill is cylindrical and the button is so recessed that it is hard to quickly find. Not having a 3.5mm headphone jack is not a complete deal breaker, just an annoyance when everything else in your life is plug and play without adapters. It’s just a matter of convenience and in the future the switch to USB-C will actually come with smart features like with what HTC is already partially doing.

Inexcusably at this price point, the 2016 HTC Bolt is using the Snapdragon 810 processor widely found in the last generation of flagships. Performance is fine with smooth operation even in multi-window mode. But for the future, I am concerned at only having 3GB of RAM. I was already approaching the limit with a full bevy of apps according to Settings.

However, there is a noticeable heat issue that comes with extended periods of usage. The phone gets noticeably hot just under the HTC logo on the rear, with the heat still felt even a few minutes after sleeping the device.

The 3,200mAh is slightly under par for a phone this size (3,450mAh on the Pixel XL) and under heavy usage provides a day’s worth of usage. When charging via QuickCharge 2.0, it suffers from the same heat issue. One can’t help feel unease about how hot it can get. One other minor gripe is the stiffness of the USB-C port. With both the power and headphone cable, wiggling is required to ultimately remove the cable. 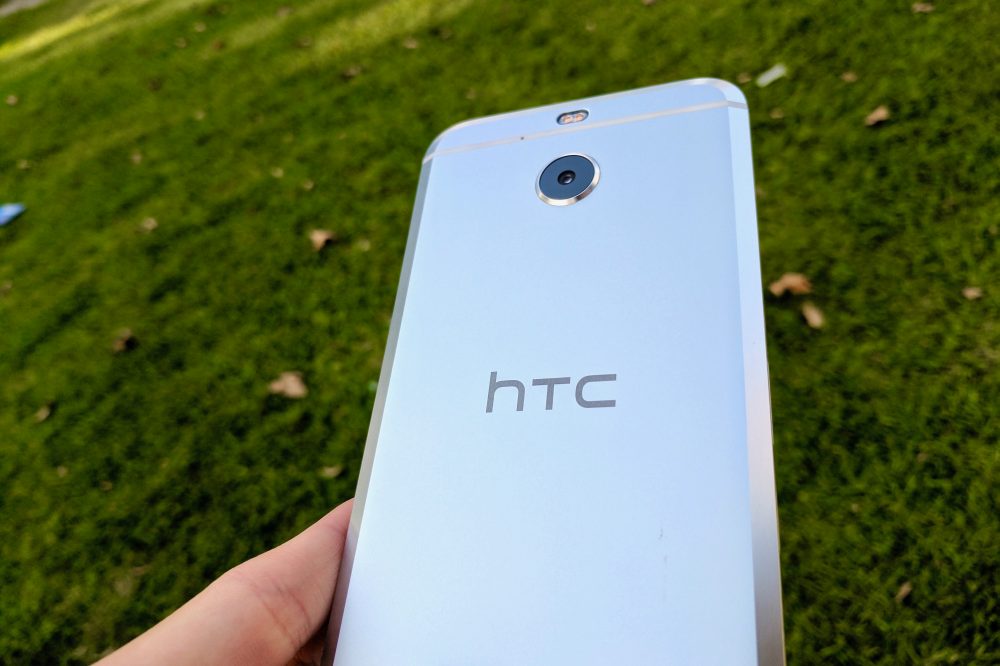 I quite enjoy HTC’s default camera app. It is snappy to launch and can be accessed via a nifty swipe down gesture from the homescreen. The UI strikes a good balance between minimalism and access to wide array of camera features that HTC has built-in, including powerful RAW shooting. A simple swipe down from the top reveals a carousel of modes.

The 16MP camera itself is fine, though colors in photos are not as vibrant as I wish. Photos shot in less than optimal lighting conditions are slightly washed out. Additionally, low light auto-focus performance even with OIS still resulted in blurry photos despite the phone being relatively still.

Ultimately, we have a phone made by two struggling companies that at the very least should be avoided by the technologically savvy. The HTC Bolt is barely passing at this price due to its two-year old processor and heat issues. And for the average consumer who knows HTC and wants a large-screened phone, the lack of a 3.5mm jack will probably deter them even more from choosing this device that goes for $600 unlocked — about the same as a top-of-the-line flagship.

The HTC Bolt exists as a means to showcase Sprint’s upgraded LTE network. While fast, the carrier should have at least waited on a better device to represent itself. Meanwhile, struggling HTC should stop making mediocre phones and focus on its yearly flagships. If you pick this up at a Sprint store you’ll have a phone that’s not necessarily terrible, but you definitely paid too much. 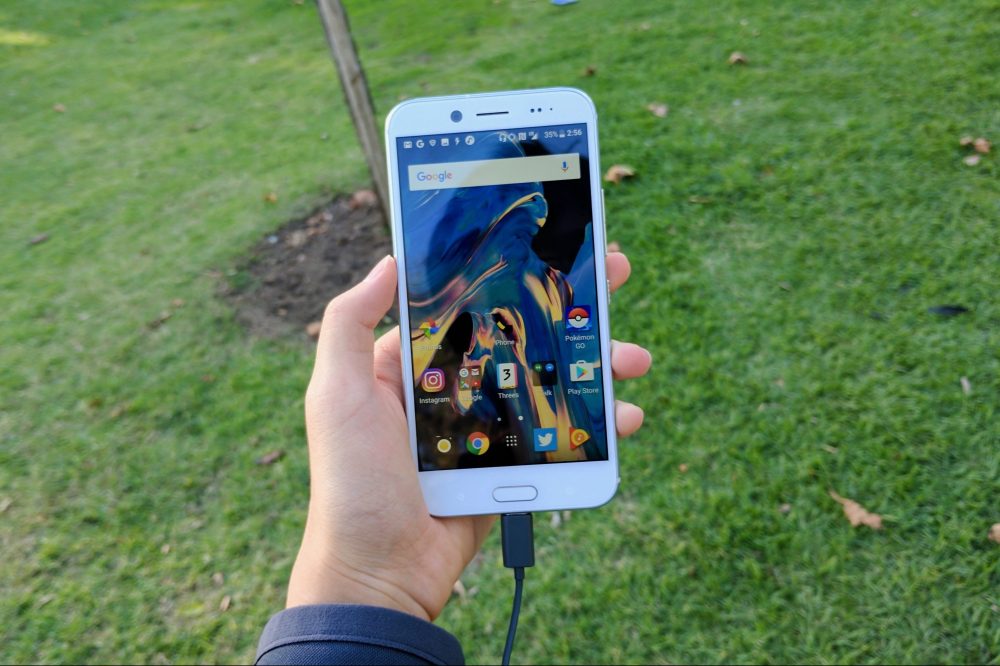