My Pixel has a manufacturing defect, and Google wants me to drive to another state to get it fixed [Update] 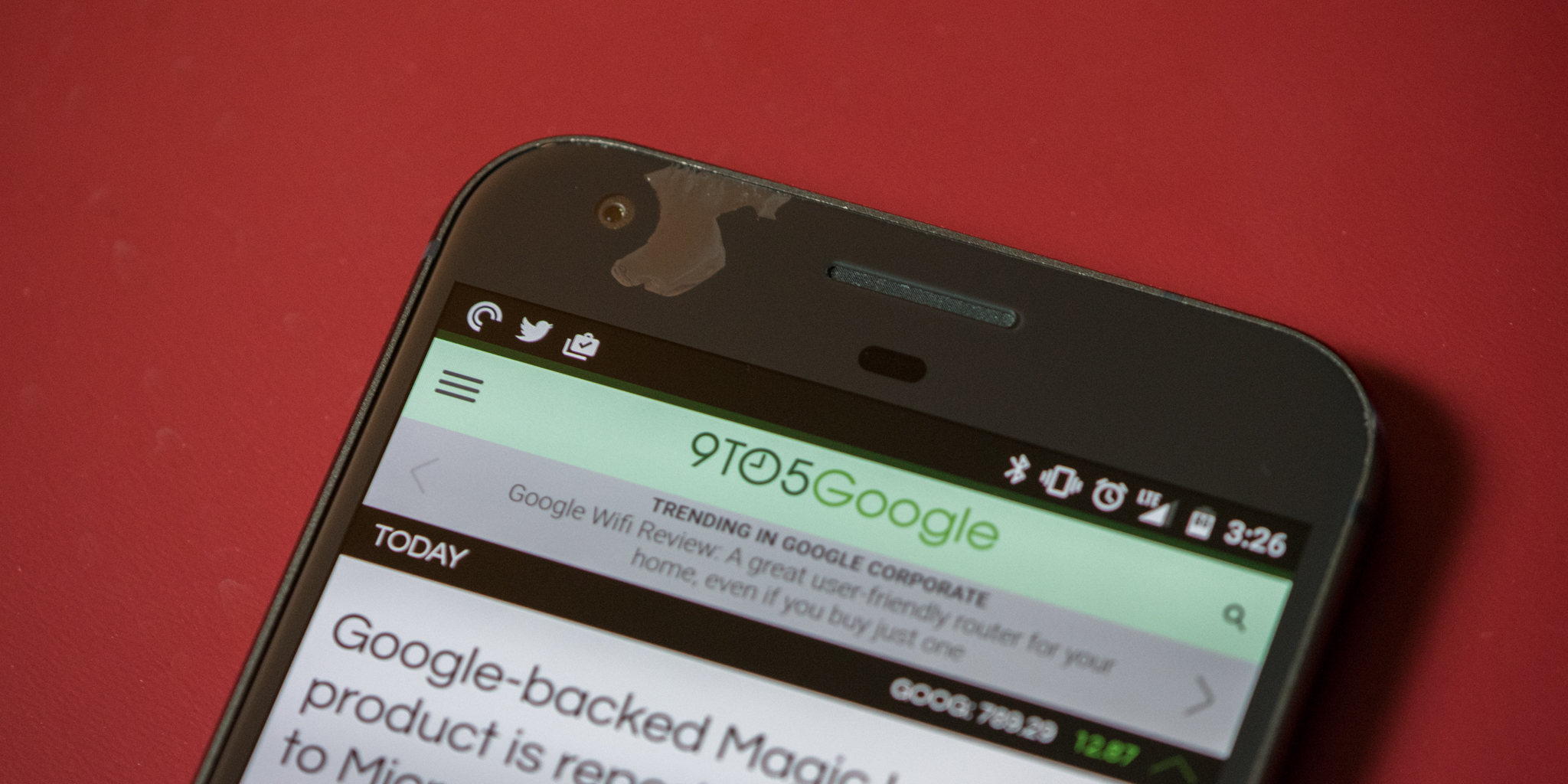 When it comes to my phones, I tend to be a little weird. I don’t like cases because it takes away from the premium build and feel that the manufacturer had in mind when crafting the handset. The same goes with plastic screen protectors. Even without those items, though, I still baby my devices because I want to keep them as pristine as possible. So when I noticed this weird “bubble” like object forming under the glass on my Pixel, I decided to contact Google’s customer support…

My day today started just like any other; I got up, scrolled through Twitter for awhile, and then headed out for class. A couple hours later when I looked down at my Pixel, I noticed a little air bubble forming under the glass right underneath the headphone jack. This immediately made me concerned because I had never dropped or damaged my phone — but I decided I would deal with it later when I got home.

I kept my eye on the area and over the span of a couple of hours it grew to roughly half an inch in length. When I got home and before I contacted Google support, I took several pictures of the device (as I knew customer service would ask for them) and also sent out the below tweet asking if any other Pixel owners had ever had this issue.

I got a couple of retweets but no immediate responses so I made my way over to the Google Store website and requested support call. My phone rang two minutes later and I started to explain my situation to the lady on the other end of the call. As expected, she asked for photos of the bubble. After sending me a quick email to respond to, I forwarded along the photos seen in the tweet above. The customer service representative asked me to stay on hold so she could talk to the service department, so I did.

Has anyone ever seen a "bubble" form on the top of their @madebygoogle #Pixel? On a support call about it right now pic.twitter.com/07EgQ9lPjy

After waiting through roughly 20 minutes of horrible hold music, she came back. She immediately asked me if I had ever dropped my Pixel or made any modifications to the device. Obviously, I responded that I hadn’t and she put me back on hold for another 20 minutes.

This time, when she came back, she told me I didn’t have a bubble under the screen but in fact had never taken the plastic “screen protector” off of the display when I received the device. This is where things started to go downhill. I calmly replied that, no, there was in fact no screen protector on my Pixel (I did double check just for the hell of it). Instead of taking me at my word, my customer service rep decided to argue with me. This went on for roughly five minutes before I tried to explain what I did for a living — write about and review phones — so that she might believe me about the lack of a screen protector.

She put me back on hold.

At this point, I had been on the phone for roughly an hour. When she took me off of hold for the third time, she explained to me that their service department believes that I somehow damaged the device and caused the bubble under the glass on my Pixel. At this point, I was done with the call. Not only was Google telling me that they wouldn’t fix / replace my defective Pixel, they were telling me that it was my fault.

Before I could ask for a supervisor, the lady I was on the phone with let me know that if I wanted to fix my display I would have to visit a uBreakIfix retail store for them to repair it (on my own dime of course). It was then that I requested a supervisor.

As I sat on hold — this time for a lovely 30 minutes — I did a quick Google search for uBreakiFix. To my surprise, the closest location is over two hours away and in another state. To add on top of everything else, Google wasn’t going to fix my device, blamed me for “breaking” it, and now they want me to spend a day driving over state lines to have my Pixel’s display replaced.

I knew a supervisor wouldn’t be able to do anything but I remained on the line until a different woman picked up the phone. To my surprise, in the 30 minutes that I had been on hold, they had gone and found the above tweet. Unfortunately, this didn’t help my cause. After recapping my one and a half hour call with me, the supervisor stated that there was nothing customer service could do but forward along the claim to a “higher” level of support who would get back to me at some point if they reversed their opinion on my case.

I have always been a fan of Google, their services, and of course the Pixel. Today, though, I am not a fan. I have owned my Pixel XL for less than a month and I have already had a physical defect appear within the handset. This would not be a problem if I wasn’t then blamed for the bubble under the display’s glass and then told to spend a day traveling to get it fixed.

Now that you all know how I spent my afternoon, I would like to ask if any of you have seen this type of issue on any Pixel devices before. Also, has anyone had a better — or worse — experience dealing with Google’s customer support? Let me know.

Tipster tells us Google has known about this screen defect, hasn’t told customer service reps about it yet. https://t.co/5jlRJFzulM

Update: It appears that at least one person has had this problem, and we’ll continue updating as we get more reports.

@jaduino @madebygoogle much smaller but still saw a bubble a month ago, Google replaced my device pic.twitter.com/SllLQeXBMP

Update: After reading this article, Google has followed up on the situation and will be replacing the Pixel XL unit as well as taking back the current unit to further examine exactly what caused the issue. A portion of the reply follows:

We’re feeling pretty awful after reading about your disappointing experience with Google’s support team. Our goal is to provide our customers with amazing service, so we apologize that we fell short here.

Our team has reviewed your case, and we’ve escalated the issue with our engineering teams who are investigating further. In the meantime, we’d like to offer you a replacement Pixel XL and examine your phone to determine the root cause of the failure.

We understand that you weren’t at all happy with the quality of the support experience, and we have taken steps to make sure the issues you encountered — such as long hold times — ideally don’t happen again. We really appreciate your feedback, and please know we are always making improvements and aim to provide the best support for all our customers.