Google Drive for iOS can backup your contacts, photos, and calendar events to make it easier to switch to Android 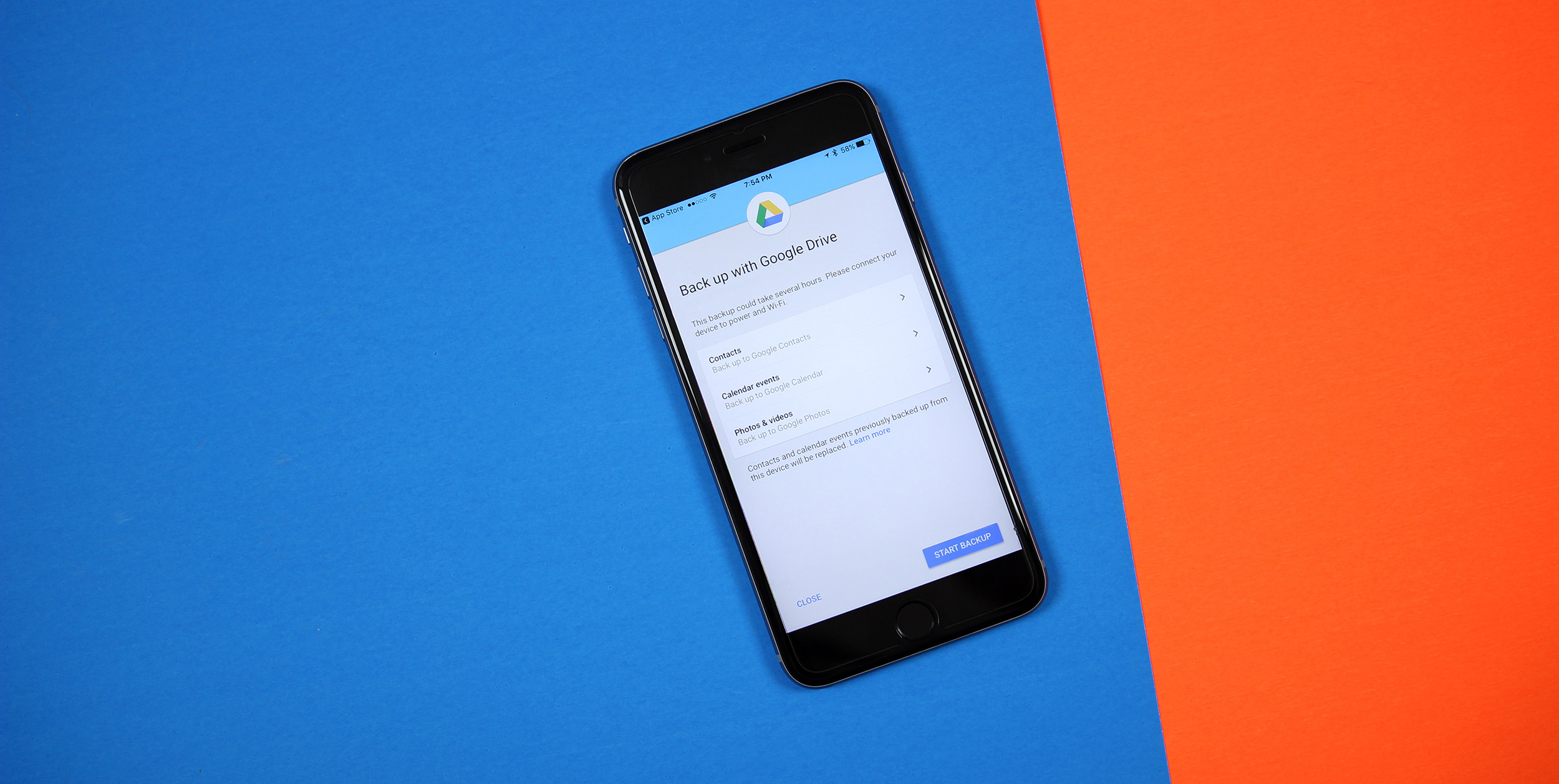 Switching mobile platforms is a hassle, but Google really wants iOS users to give Android a shot ─ it even designed its flagship phone to attract iPhone fans. However, when someone does switch from an iPhone to an Android device, there’s still a lot of work to be done transferring your data, if you don’t already use Google services that is. Now, Google is making it even easier for iPhone users to switch with an update to Google Drive…

In the latest version of Google Drive for iOS, backup functionality is built-in to make transferring your data from iOS to Android a simple, 3-step process. First, go on your iPhone and download Google Drive from the App Store. Next, sign in with the primary Google account you’ll be using on your Android device.

Within the Google Drive app, users can then go to Menu > Settings > Backup to start the process of backing up their data. Google Drive can pull contacts and upload them to Google Contacts, photos and add them to Google Photos, and calendar events which get added to, of course, Google Calendar. Google Drive will even pull data from iCloud.

The backup process can take a while depending on how much data you have, specifically photos, so it’s recommended that you plug the device into power and connect it to WiFi once the backup is complete, users can then head over to their new Android smartphone, sign in with their Google account, and all of the data from their iPhone will automatically be synced over. One last thing, don’t forget to disable iMessage…

Of course, if you have the Google Pixel, a “quick switch” adapter is included in the box that performs a similar function, but that only works on the Pixel. If you’re using another device, this method makes things easy, and Google even gives us a visual look at the process on its site. Google Drive for iOS is available for free on the App Store.