Hands-on with the definitely-attractive Xiaomi Mi Mix (in white!) [Gallery] 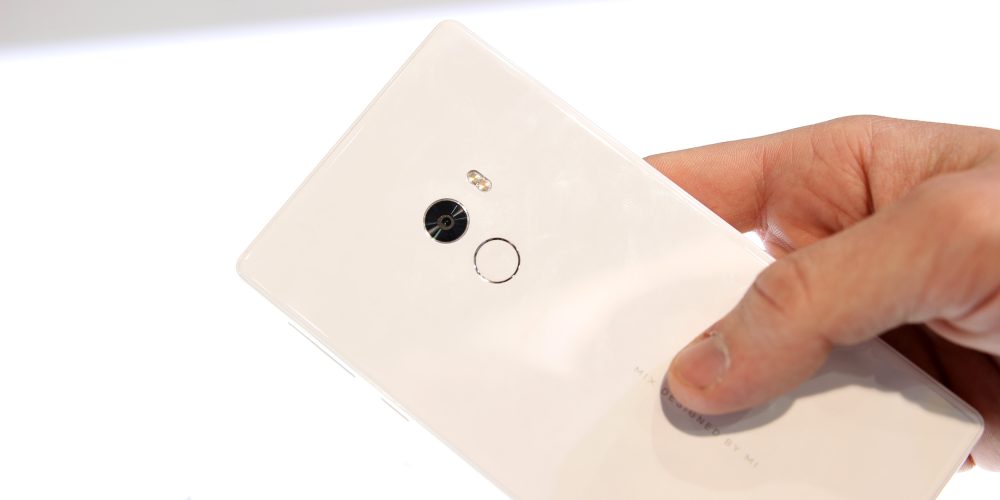 Xiaomi launched the ceramic-bodied Mi Mix just a couple months ago, and this year at CES the Chinese company launched the same phone with a new white body. Really, that’s all there is to say about this device. It’s the Mi Mix, with its bezel-less-on-three-sides design and 91.3% screen-to-body ratio, in a new color. But you have to admit that it’s pretty…

I personally have a hard time caring about a device that’s not launching in the US (and might not ever launch in the US), but one thing that stands out to me (and everyone) about this phone is its more-radical-than-most design. You really have to use the device yourself to get an idea for why this is something that the company would even want to do. I’m quick to roll my eyes at different designs for the sake of being different designs, but I actually find — and I have since it was first shown off — this phone to be just plain cool.

First of all, the ceramic body feels really, really nice. It reminds me a little bit of the plastic texture and appearance of the plastic-backed iPhone 3G or the Xperia XZ (it’s definitely a bit of a fingerprint magnet, although the white is much less so than the black), but you can tell that it’s not plastic when you hold it. Especially compared to the smooth and shiny plastic backs of some phones, this phone has a nice weight to it that gives it the premium feel of a metal phone. I’m a big fan.

Like I said though, other than the fact that it’s white, this new phone is exactly the same as the old one. It’s a Snapdragon 821 phone with 4GB of RAM (or 6GB depending on the model you get), a 4,400 mAh battery, a 16MP rear camera, and a highly modified build of Android that — in my opinion, at least — saddles the line of unusable and bearable.

So long story short, this is a nice phone to look at (especially compared to those from other Chinese OEMs) and not much more (at least for us in the United States). I’ll have more thoughts to share if the phone ever comes to the US market.