Late last year, renders claimed that Lenovo was reviving the Moto X in 2017. Images have surfaced today from somebody claiming to be selling an identical looking phone. However, the key difference is that the device in question is apparently the Moto G5 Plus.

The earlier ‘Moto X’ renders are near identical to the device currently being sold on a Romanian site for 1650 Romanian Leu ($388.35). This individual is likely in possession of an early model as evident by the Moto ‘batwing’ logo in the top left corner that identifies prototype devices.

Fully functional, specs — as identified by the CPU-Z app — include an octa-core Snapdragon 625 processor with 4GB of RAM and 32GB of storage. Like last year, the device has a 1920 x 1080 5.5-inch display and similarly sized 3,080mAh battery. Disappointingly, it appears that the device uses micro-USB to charge. Other specs include a 13MP rear camera with dual-flash and a 5MP front-facer. 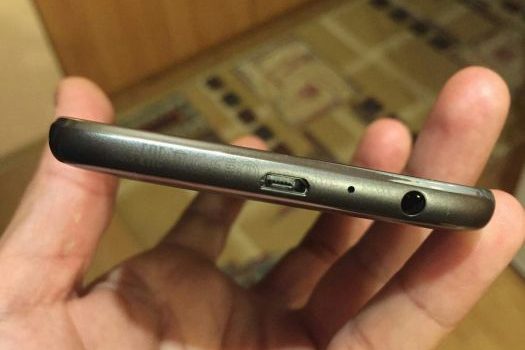 Design-wise, it appears to be made of metal and adopts the same circular flat-tire camera found on the Moto Z line. For ergonomics, it has a curved rear and moves from a square fingerprint sensor to a larger, oblong one.

This is not the first time this design has leaked. In December, an identical looking device carrying the Moto X moniker popped up. Later that month, renders of the device also surfaced featuring the exact same micro-USB port for charging.

Instead of a disappointing resurrection of the Moto X line, it is likely that the device floating around for the past few months is actually the next generation Moto G5 Plus. As a budget device, it does not feature pins on the back for the modular Moto Mods.

Interestingly, the device seller lists a March 2017 availability date, so maybe Lenovo’s next Moto phones are coming sooner than later.