There hasn’t been hardly anything exciting in the tablet world for a while now, but Lenovo’s recent release of the Yoga Book actually caught our attention with new features and a pretty solid overall value. However, it wasn’t anywhere near perfect. Now, it looks like Lenovo is giving the form factor another shot with a new Yoga Book model, this time with a larger display and more affordable price point.

This new Yoga Book, which hasn’t officially been announced yet and is currently referenced as the “Yoga A12 Tablet,” packs a larger 12.2-inch display this time at 1280×800, lower than the previous 1920×1080 panel. It’s unclear what processor is driving this updated model, but we know it’s still a quad-core Intel chipset which is listed with a clock speed of 2.4GHz. Other online listings show the Intel Atom x5-Z8550 which matches those specifications.

Under the hood, this new model also runs on top of 2GB of RAM and Android 6.0.1 Marshmallow, presumably with the same productivity oriented skin as found on the previous Yoga Book. The Amazon listing also references 128GB of storage, but it seems just a bit unlikely that so much storage will be included at this price point. Other listings from online retailers in Germany list 32GB of storage which seems much more likely. The listing also confirms a weight of 2.2lbs at 0.43-inches thick.

One of the big complaints regarding the “Halo Keyboard” on the original Yoga Book was how compact it was, but with the added size on this new model, that may no longer be an issue. Unfortunately, the Amazon listing doesn’t confirm the return of the Wacom drawing digitizer on that same extra panel.

As mentioned, Lenovo has yet to officially announce this product with TabletMonkeys being among the first to spot it. However, with MWC just a few weeks away, it seems like the announcement could be right around the corner. It’s also entirely possible that this updated model could also introduce the Chrome OS variant that we’ve been waiting for… 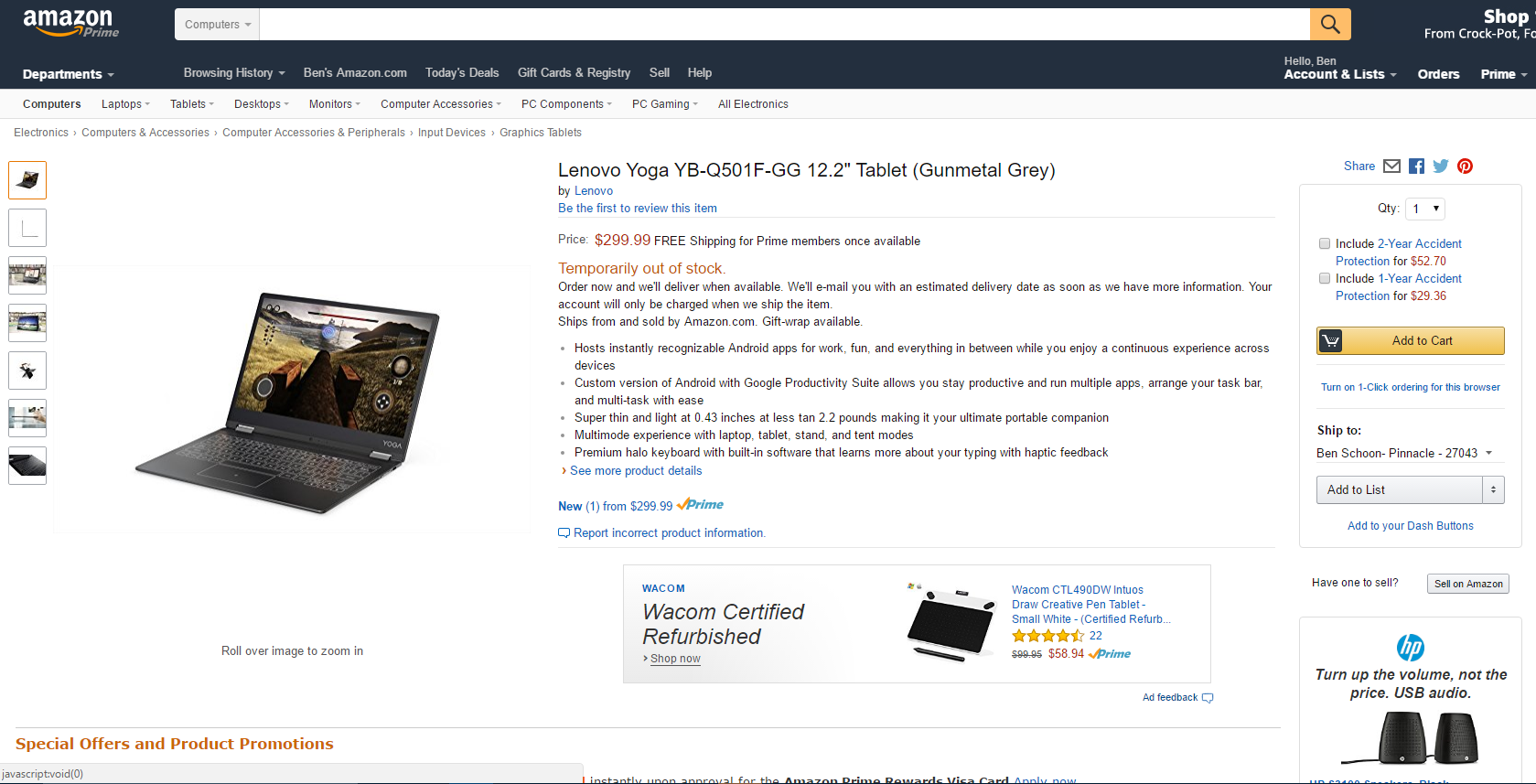