This week’s 9to5Rewards partner is Speck, who makes some really great cases for dozens of different devices, but offered to give away some cases (two Presidio Grip and one Presidio Clear) for Google Pixel (or Pixel XL) to our loyal 9to5Google readers.

The winner of this week’s giveaway is going to get three (3) total cases for either the Google Pixel or Pixel XL (you can let us know which device you prefer when/if you win). You’ll receive one of each of the above three designs (two variants of the the Presidio Grip, and one of the Presidio Clear), which normally retail for about $30 a piece.

The Presidio Grip offers protection of ports all-around the device, a nice grippy texture on the back, a dual-layer design, and Speck’s “Impactium” shock barrier which disperses the shock from your phone hitting the ground to minimize damage. The cases have been drop-tested to protect your device from 10 feet, and we can confirm — I’ve already dropped mine. The Presidio Clear is very similar but offers a sleek see-through back instead of the grip you see on the other two.

We rounded up the best cases for the Google Pixel back in December, but we didn’t have our hands on any cases from Speck at that point — expect a review for the Presidio Grip + Clear soon and for that guide to be updated. 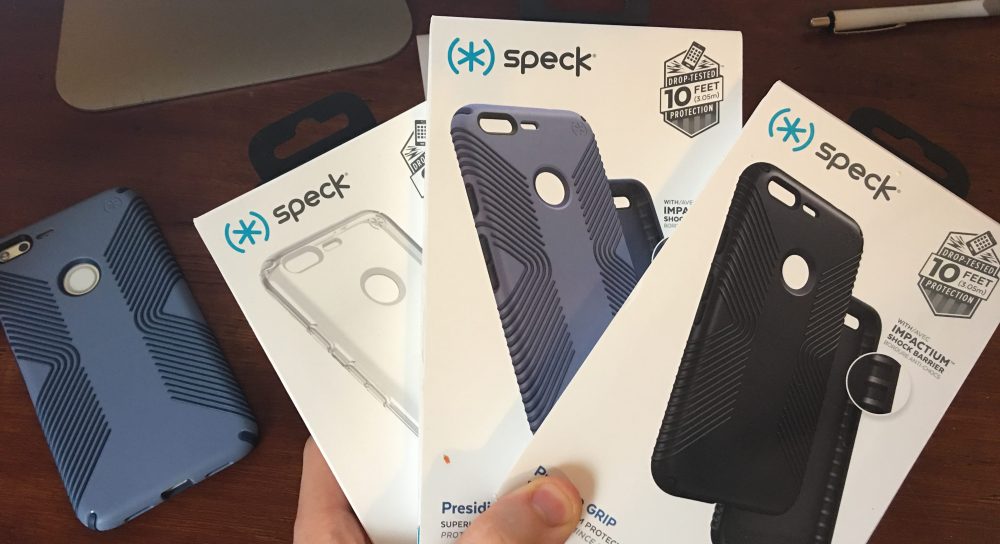 How do you win?

As we mentioned in the 9to5Rewards guide, just keep doing what you are doing! Each week, we’ll reward at least one comment, share, new subscription, or news tip with a giveaway prize. Winners and giveaways will be announced here and on our Twitter and Facebook accounts. Expect us to announce a winner around the time of next week’s giveaway.

We read your insightful comments on our posts and on Twitter, Facebook and everywhere else that help inform what we cover. We get your news tips, which are so helpful for digging into stories and now we have a way to reward the best of the best.

We’re excited to give back to our best readers. Thanks again for allowing us to do what we love.

One thing you could do to get started? Retweet our giveaway post (and all our other posts)!

Who won from last week?

As always, we’ll announce winners from the previous week’s giveaway here each week. Last week’s winner of our Huawei Mate 9 giveaway is Jordan Carter from Chicago, Illinois, who tweeted out one of our articles.