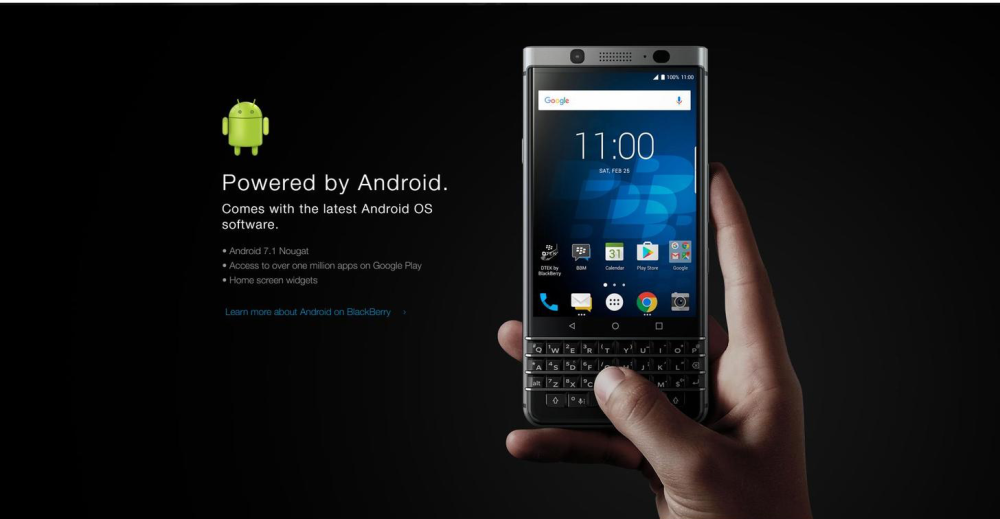 BlackBerry is set to introduce the world to its ‘Mercury’ phone later this morning (or later this evening if you’re in Barcelona), but the phone — now officially known as the “KeyOne” — actually just leaked on BlackBerry’s site. We’ll have a livestream up for you soon if you want to tune in, but almost everything about the phone has now surfaced straight from the horse’s mouth. Keep reading to check out the full specs and a gallery of screenshots from the now-pulled KeyOne website…

You can find all of the below specifications in the gallery of screenshots straight from BlackBerry’s website, but we thought we would put them in bulleted list format to make it a bit easier for you to read:

Beyond these specs, you can see plenty of official shots of the phone below. But these shots aren’t exactly anything new since we went hands-on with the phone back at CES 2017. The above rundown of specs is mostly new, however, and reveals this phone to be in the mid-range spec-wise with a Snapdragon 625 SoC powering everything. Also, that Sony IMX 378 sensor on the rear camera, as was previously leaked, is the same one that can be found on the Google Pixel.

Details on pricing and availability haven’t surfaced yet, but we’ll keep you in the loop as we’re on the ground at MWC 2017 right now to attend the BlackBerry event. Stay tuned!