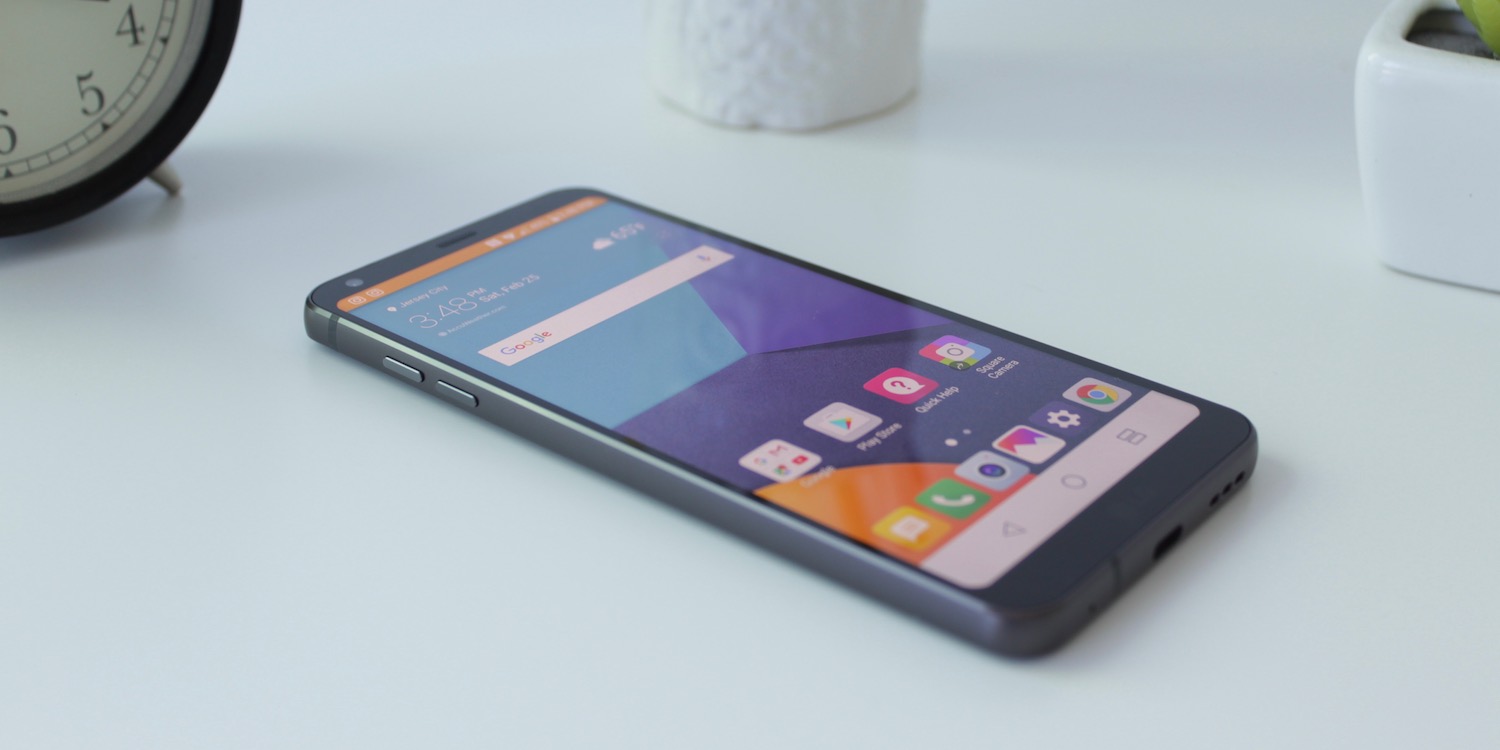 It’s official; LG has announced its latest flagship smartphone, the LG G6. The new device supersedes the LG G5 in a number of ways, and we got take an early look. Let’s dive in and check out LG’s newest device, with its almost-bezel-less 18:9 display, Google Assistant, and more…

First Impressions of the LG G6

Without even picking up the device, the most notable visual change on the LG G6 has to be its display. Coming in at a 5.7-inch size with an 18:9 aspect ratio, the display feels like an elongated version of the other smartphone displays out there. It almost feels wrong — that is until you turn on the display. The QHD+ FullVision display has significantly rounded edges that LG told us helps to structurally support the display from fall damage. Moving on from stagnantly square displays, the rounded edges feel more natural with the device’s design.

Physically, the device is delight to hold. The metal chassis holding the front glass and back cover in place is so well integrated that the device feels like a singular piece versus a sum of parts. Weighing in at 163 grams, the LG G6 doesn’t feel heavy in the hand. I attribute that mostly as a result of the display’s aspect ratio. The combination of the smaller-bezel design and 2:1 screen ratio helps to distribute the device’s shape vertically versus horizontally.

With the G6’s Dolby Vision and HDR10 display, users can enjoy streaming titles from Netflix in the best possible quality on their mobile phone. Shows like Chef’s Table and Marvel’s Jessica Jones are streaming now in HDR and the LG G6 can experience them in all their glory. 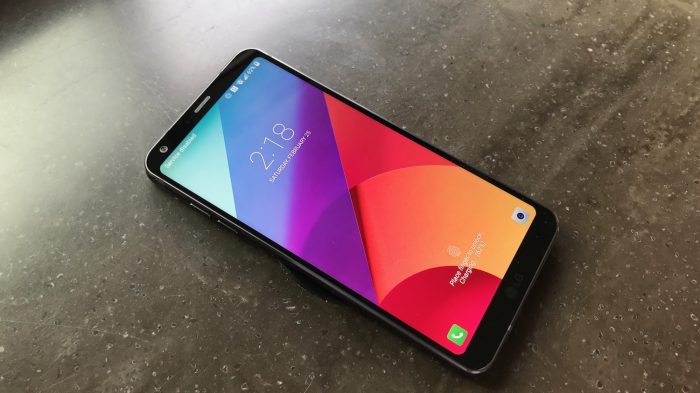 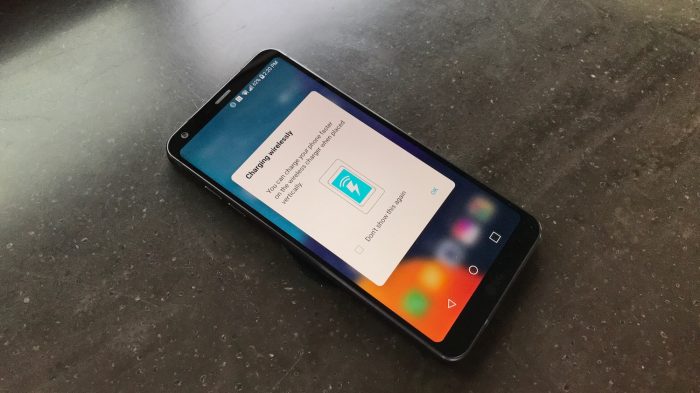 LG explained to us that they opted to go for an embedded battery versus the modular battery that we previously saw in the LG G5. After being questioned why they went that route, LG explained they had gone through a number of rigorous tests and felt their new battery technology was more than up to the task.

LG said they put their devices through a number of rigorous tests that passed 14 different “military-standard 810G tests”. While normal testing standards test up to 130° Celsius hot box testing, LG cranked it up to 140°. Not being happy with just impact tests, LG also started nailing their devices, literally. The team ran a series of nail penetration tests to not only test battery protection but the device’s survivability. According to LG, 70% of the LG G6s survived tumbling tests while 100% of the competitor devices came out with broken glass. 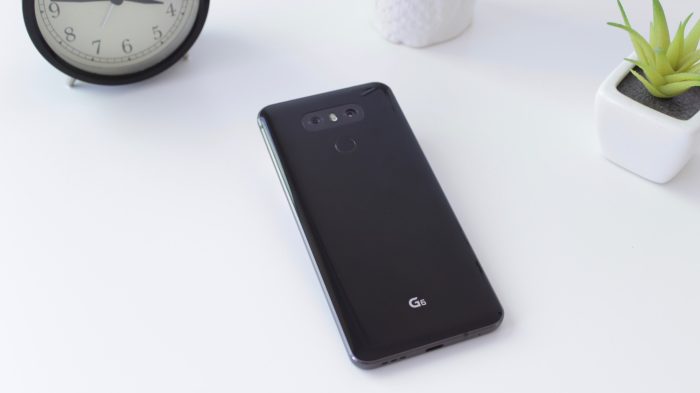 The LG G6 also happens to be the first device outside of Google’s own Pixel line to sport Google Assistant baked in. LG states that the Assistant seamlessly integrates with their own applications on the device. From the few times I challenged the Assistant, it was as fast and as responsive as I expected and was able to handle whatever I threw at it.

While I didn’t test it myself personally, the LG G6 is IP68 water and dust resistant. That means that the G6 can handle being under one meter of water for 30 minutes without worry. LG even suggested that you could use it in the shower if you really wanted to.

With the G6’s 18:9 display, LG went ahead and updated their custom UX software to better support the new aspect ratio. This meant changing GUI elements around the software, but also gave them an opportunity to create new ones.

Included with the UX 6.0 software is the new Square Camera app. In reality it’s “just a camera app” that helps you line up and take shots quickly, but it does it all in an interesting manner. Because of the 2:1 aspect ratio, the Square Camera app splits your display in half to show your camera’s live view at the top and the previously taken photo at the bottom. This means quickly taking photos and seeing the result without having to move away from any view. The Square Camera app comes with a variety of different image taking modes, and all follow this shoot and preview model. 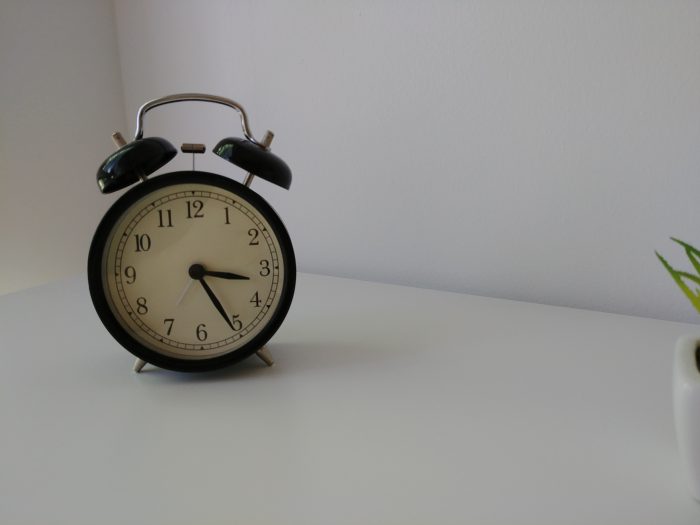 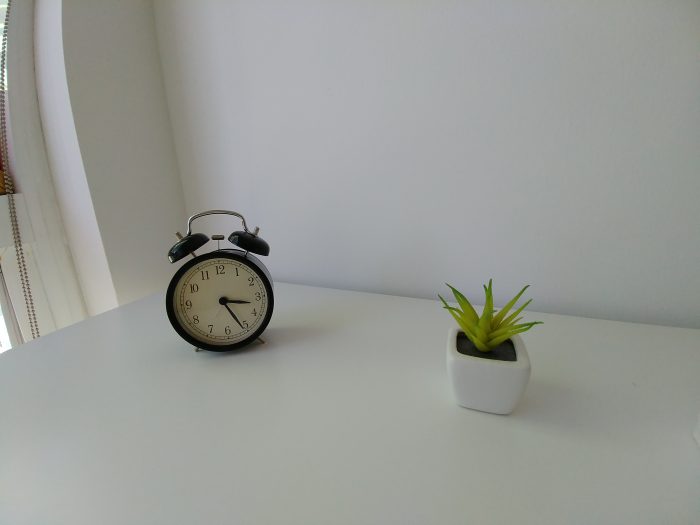 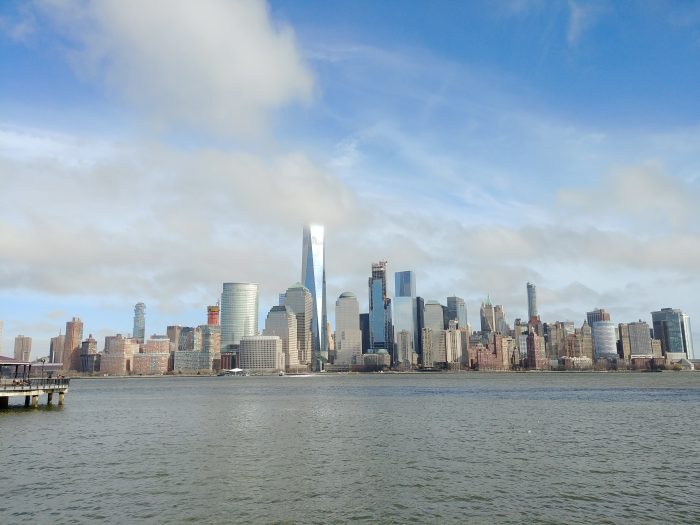 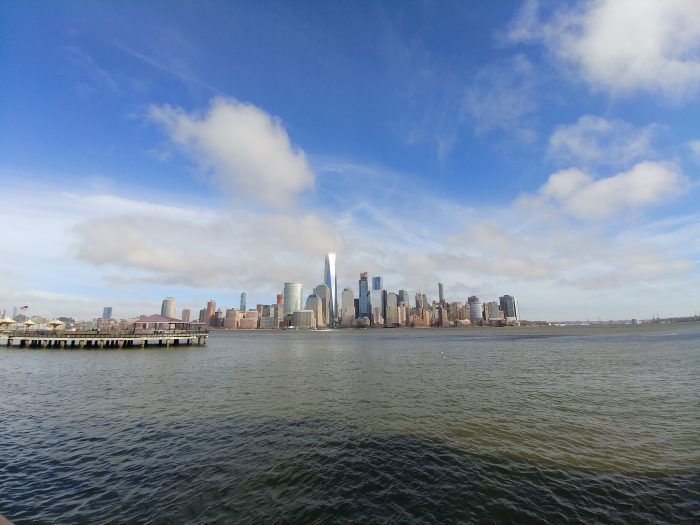 Although LG informed us that the device we received for hands-on is not final, we took some photos with the standard and wide lens for curiosity’s sake. Seeing just how much more imagery the wide lens could fit in a shot was always fun but did end up giving some images a pronounced fisheye effect. We’ll break down the camera testing further in our upcoming full-length review.

The LG G6 has no pricing or availability details yet, but stay tuned to 9to5Google for all the latest LG G6 and MWC 2017 news and updates.