Google has shipped over 10 million Cardboard VR headsets since 2014 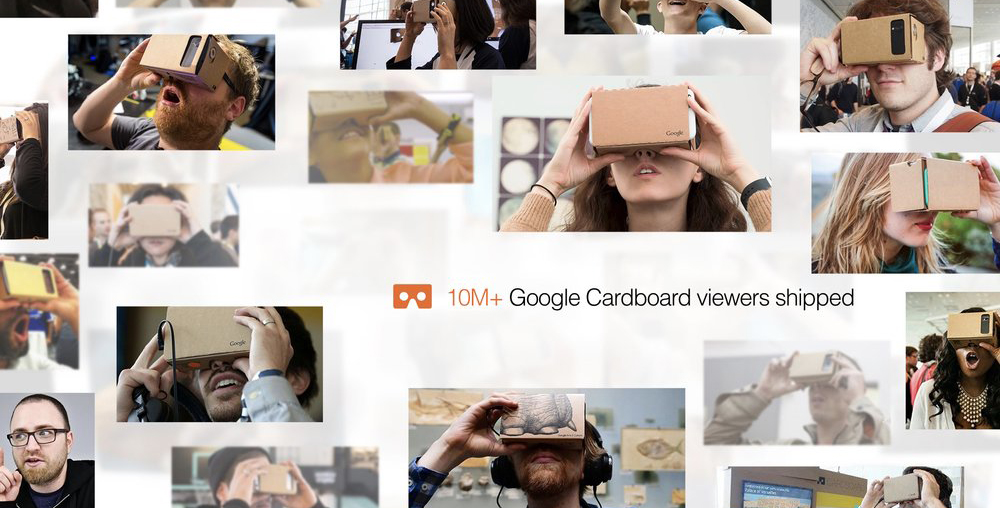 Google has a lot invested in VR, specifically in mobile VR. Its Daydream platform has been the star of the show for the past several months, but before that came Google Cardboard, an affordable VR experience for every phone. Believe it or not, that system debuted almost three years ago, and today Google is announcing that it has shipped over 10 million Cardboard headsets.

In a blog post earlier today, Google revealed that it has shipped 10 million individual headsets since they were first available in 2014. Granted, that doesn’t say much about how many were actually purchased, since we’ve seen dozens of promotions involving the headsets, such as the Star Wars promo from late-2015 that was run in collaboration with Verizon.

This 10 million milestone also comes just over a year following when Google announced that 5 million had been shipped back in January of 2016. At that same time, Google announced that over 1,000 apps were available in Google Play, and now, in 2017, the company is revealing that Cardboard apps have been downloaded over 160 million times. Out of that 160 million downloads, over 30 apps have been downloaded over a million times each.

With Daydream VR, though, Google used the lessons learned from Cardboard to enhance the experience, and it’s already paying off. According to Google, people are spending much more time in Daydream, about 40 minutes per week. The focus on that content is in video, especially with YouTube.

Along with this announcement, the company revealed some new VR and AR apps. For Daydream, Google has announced that Sky VR is coming to Daydream VR headsets, and for Tango, three new apps are available: The Sims, Chelsea Kicker, and WSJ AR.

We’re also working to bring you the best premium VR video content from partners. As of today, Sky VR joins a lineup that includes Hulu, Netflix, and HBO. The Sky app showcases a range of immersive 360 videos, including from Sky’s partners like “Star Wars: Red Carpet,” “Anthony Joshua—Becoming World Champion,” and clips from Disney’s “The Jungle Book.”

Tango technology powers devices that help you bring virtual objects into your world, and now three new augmented reality (AR) experiences are available. The Sims app lets you use your phone with Tango technology to travel around the Sims house; Chelsea Kicker puts a Chelsea football player right in your space, so you can take your picture with him or even try to best him at a few soccer tricks; and WSJ AR lets you visualize stock trends.