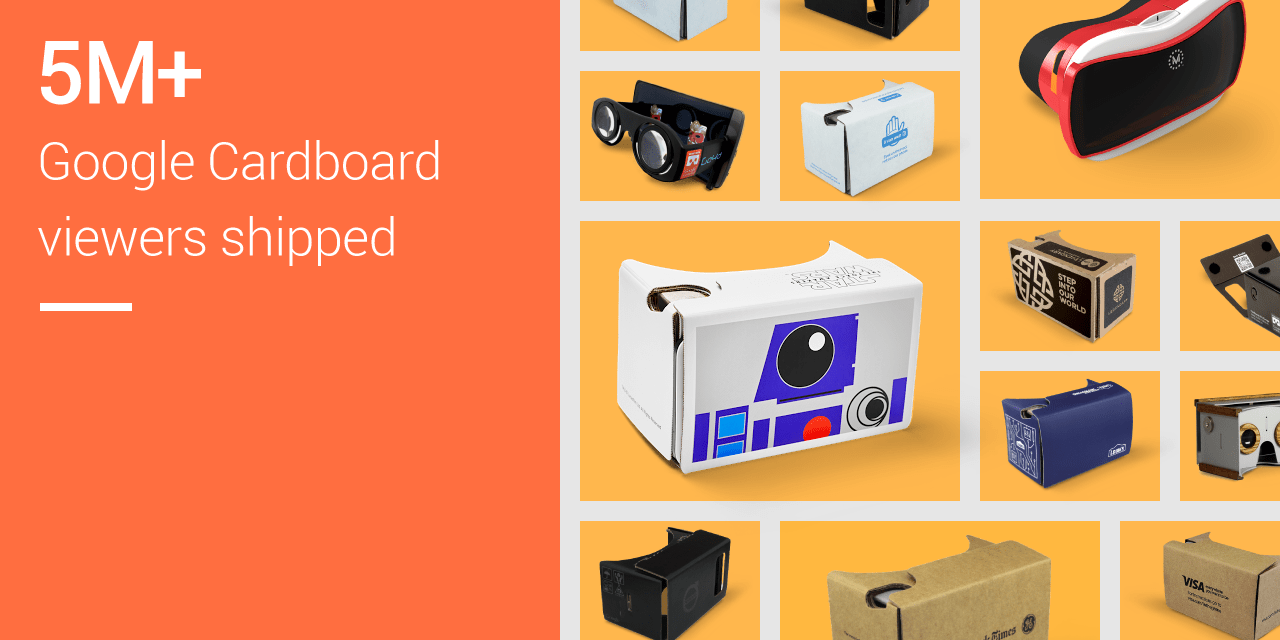 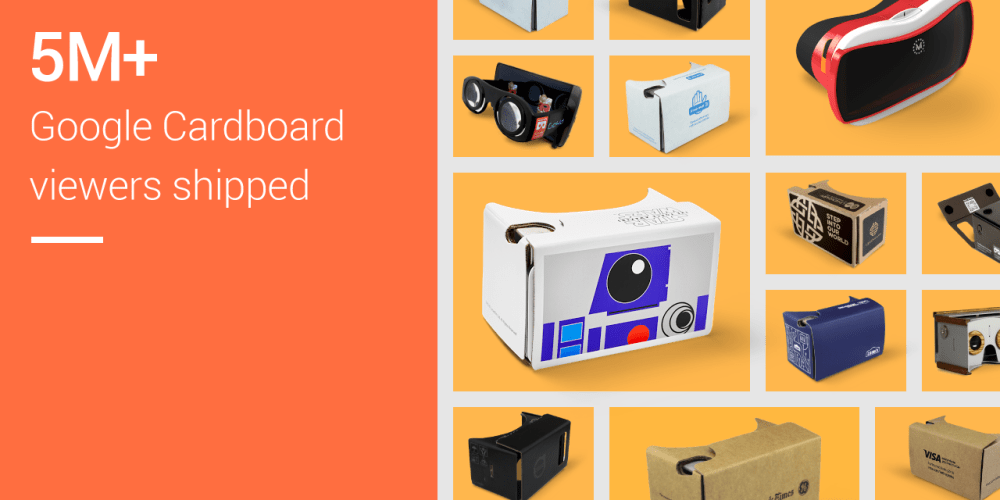 In a blog post, Clay Bavor, the recently anointed VP of Google’s new virtual reality division, announced that there are now over five million units of Cardboard and over 1000 Cardboard apps in Google Play. The numbers come as recent reports show Google getting into VR in a serious way, including possibly building their own headset.

Google does not actually sell any Cardboard headsets, save for a brief Star Wars-related promotion and the Cardboard headsets they gave away at Google I/O for the last couple years, but they do have a ‘Works with Google Cardboard’ badge that certifies that third-party viewers will work with VR apps. Their site links to numerous places where users can buy a viewer, many of which are now more durable and made from plastic.

Google’s previous Cardboard milestone comes from May of last year when they shipped one million units. A fifth of today’s figures comes from the promotion that they had with the New York Times to distribute a 1.2 million viewers to print subscribers.

There are now over 1000+ Cardboard apps in the Play Store, the top rating one being a free game called Chair in a Room. Since launch, there have been over 25 million installs of Cardboard apps from the Play Store. Google’s Cardboard app has been installed between 5-10 million users according to its page in the store. Additionally, users have watched over 350,000 hours of VR video in YouTube and A quarter of a million moving VR pictures have been taken with their Cardboard Camera app announced in December.

The stat comes as Tim Cook said yesterday at Apple’s earnings call that VR is “really cool” and “has some interesting applications”. Meanwhile, Oculus is shipping their headset in March and HTC’s is coming out the month after.