Head of Samsung to be indicted today on charges of bribery, embezzlement & hiding assets overseas 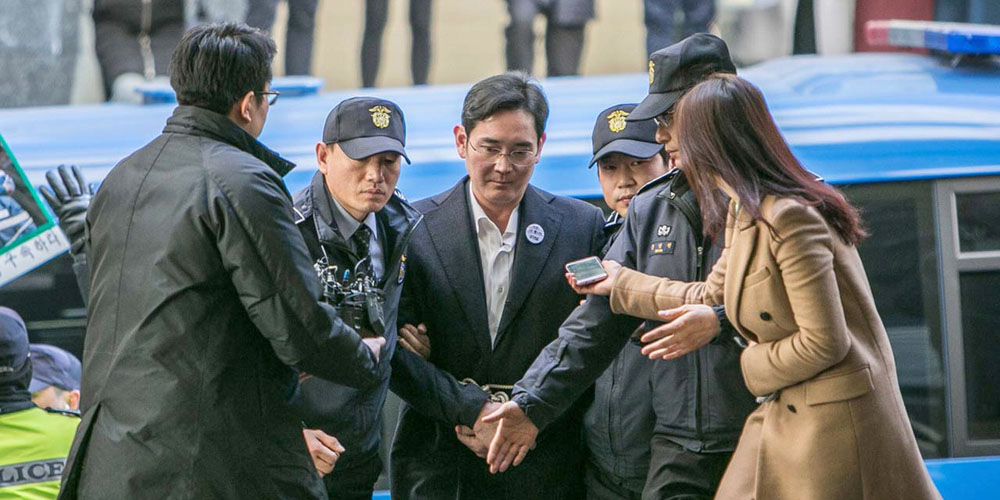 Jay Y. Lee, the effective head of Samsung, is to be indicted on multiple charges, reports Bloomberg. South Korea’s special prosecutor’s office says that the charges against him include bribery, embezzlement and hiding assets overseas.

Lee will stand trial over accusations he participated in bribes made in exchange for government favors, with formal changes to be filed Tuesday against him and four other executives. The Samsung Electronics vice chairman allegedly directed tens of millions of dollars to entities controlled by a confidante of President Park Geun-hye, in return for government support of a 2015 merger that cemented his control of the group.

Indictment is the process of formally charging someone with a crime, and prosecutors say they have strong evidence to support the charges …

The indictment will detail private conversations between Lee and the country’s president, who has been impeached and is awaiting a court ruling on whether she can lose her immunity to prosecution.

Lee will be one of 19 people expected to be indicted today.

We first learned last month that prosecutors were seeking an arrest warrant for Lee, though the arrest was delayed until earlier this month. It is believed that concerns over creating a leadership vacuum within a company accounting for almost a third of South Korea’s stock market value played a role in that delay, though prosecutors said that justice was the more important consideration.

The scandal follows the Note 7 fires that saw the embarrassing worldwide recall and abandonment of the product.