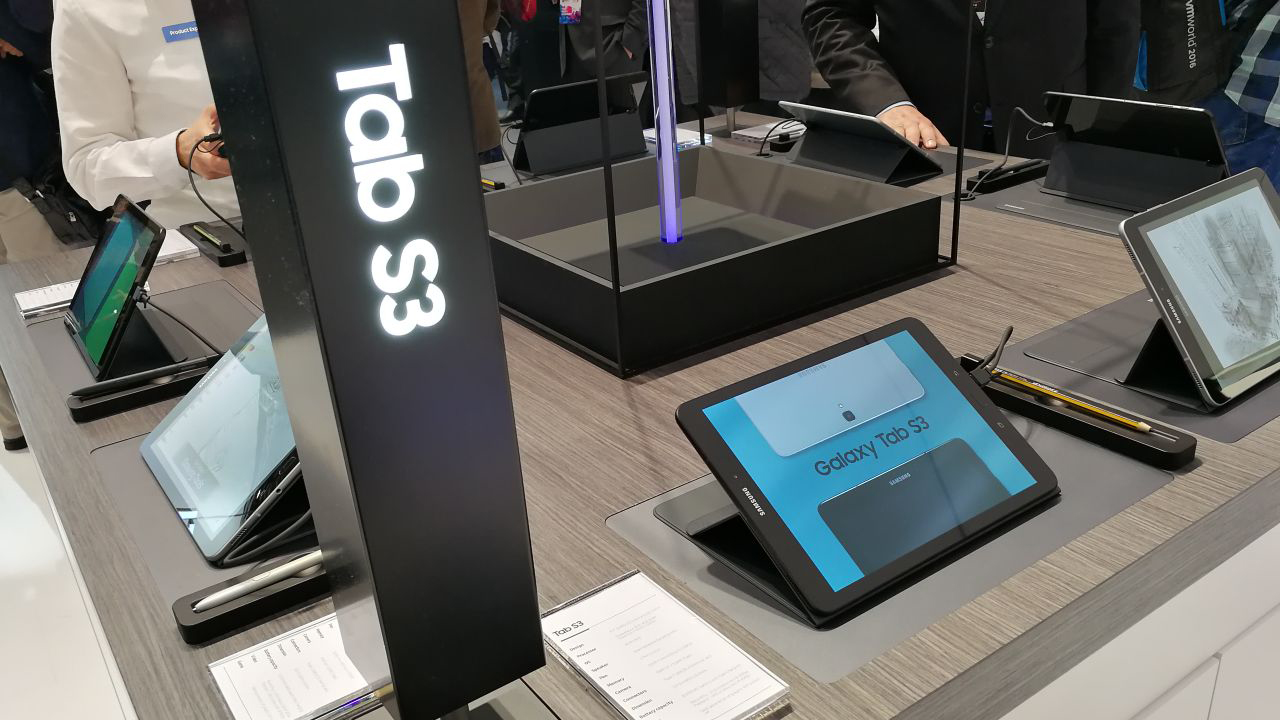 We know that Android, as it is right now, is a formidable smartphone OS. However, when stretched up to tablet sizes that go beyond 7 inches, things don’t really scale up gracefully. With its just-announced Tab S3, Samsung is trying to break that infamous spell, but I am honestly not sure whether it’ll be able to succeed…

Let’s start with the hardware, though, as it is probably the best thing about it. Its design is not groundbreaking by any means, but the implementation of glass instead of plastic at the back is a huge and notable improvement over 2015’s Tab 2.

That alone, in fact, makes the tablet much more enjoyable to hold, and the 429g (15 ounces) are well distributed across the 9.35×6.65.0.23 slate. The front also accommodates another strong point for the device, its display.

The 9.7” panel has a 2048×1536 resolution, which is absolutely fine for the kind of distance you should be using it from; of course, peeping in will not give the same result as a QHD screen on a smartphone, but there are other things that matter more here.

For one, color reproduction is in typical Samsung fashion, which means saturation is well balanced and still gives a colourful, vivid image which doesn’t break a sweat even from challenging viewing angles, perhaps due to the combination of AMOLED. The display also supports the popular new HDR technologies. 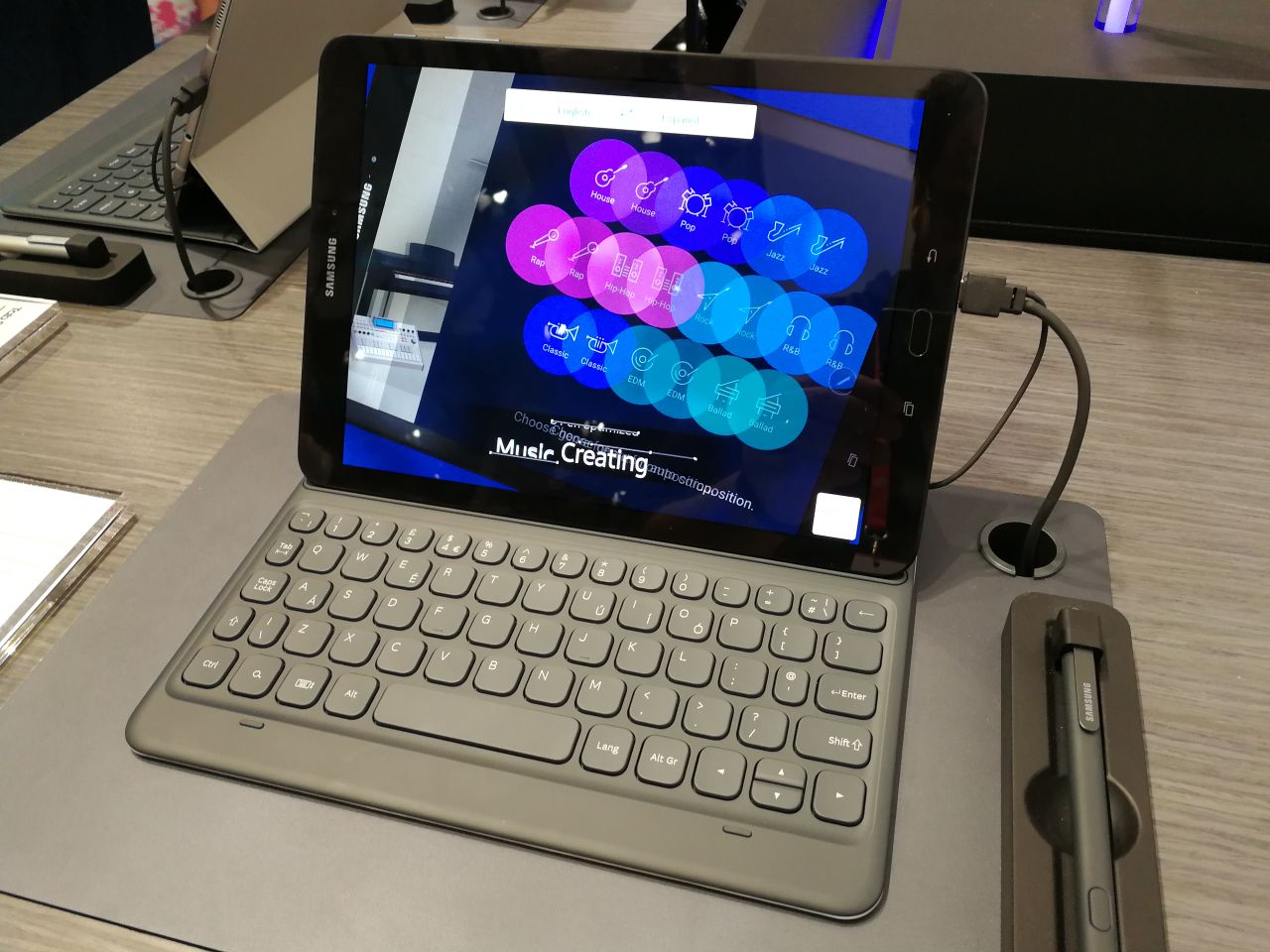 I wouldn’t trust this as my photo-editing machine even if it could run a full version of Photoshop, but it’s clear that the focus here is in productivity and entertainment. As for the latter, the Tab S3 is equipped with a whopping 4-speaker stereo system, tuned by AKG for the occasion. It was hard to judge its quality on the noisy show floor, but they sure as hell are plenty powerful.

If you hadn’t noticed, there are continuous nods to Apple’s iPad Pro, as this device is exactly what Samsung is going after. Not convinced? How about this: for the first time in a Tab device, there is also — drumroll — an S Pen!

It’s a revisited version of the company’s previous efforts: it’s now larger and longer, entirely made of rubber and pleasant to hold and use, and with 4096 levels of pressure sensitivity and the new tilt functions it is now possible to write and draw even with the side of the tip. In my brief testing, I was content with the results, but mostly happy to notice that there was virtually no input lag.

Similarly to other Notes, it is helpful to do things such as taking notes on the fly, zooming in, capturing screenshots, and even making GIFs out of videos. Despite not having a place to slide it in nor a magnetic part to attach it, the S Pen doesn’t need to be recharged, and its flat sides will stop it from rolling away every time you place it on a slightly uneven surface. 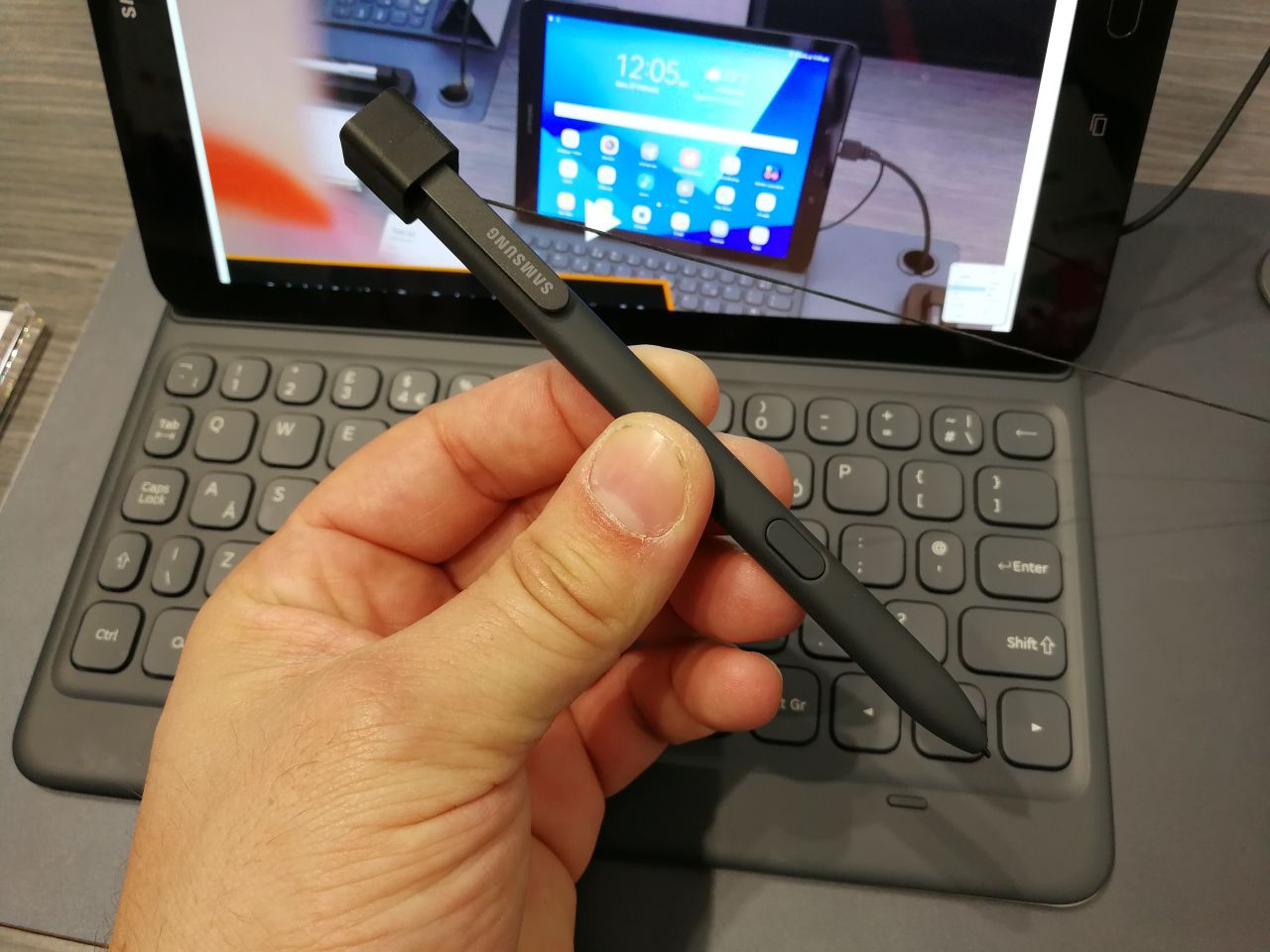 There’s also a physical keyboard that Samsung is touting as a productivity tool made for the Tab S3, but it honestly felt like an afterthought to me; keys have good travel, but that’s just about it. There’s no backlight, the size is small and the way it sits opposed to the tablet makes me question every time whether I should use the physical buttons or just tap on the screen. In short, it certainly doesn’t turn the tablet into a laptop — and, even as a hybrid, it is absolutely questionable. 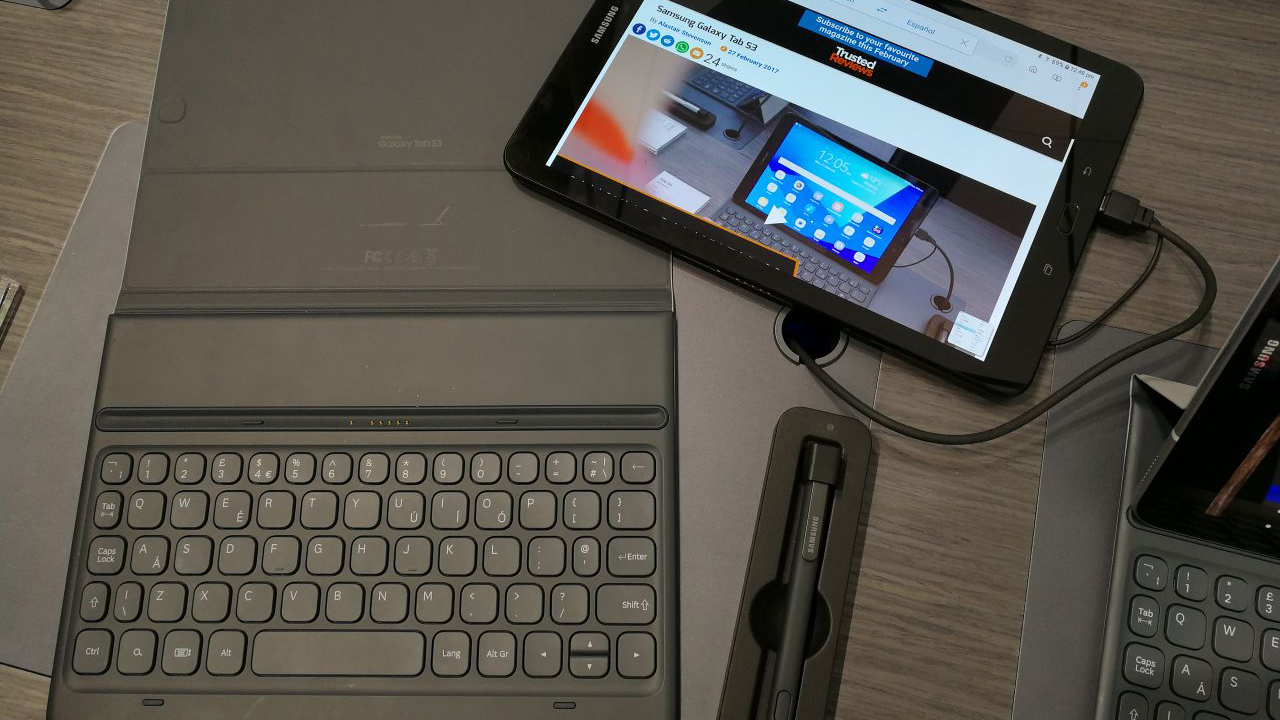 Below the display sits Samsung’s typical three-key system, with two capacitive keys flanking the clicky home button, which also houses a fingerprint sensor. There are two cameras as well; 13MP and 5MP for the rear and back eyes respectively, which complete the simple (if understated) exterior design.

Inside it, the Tab S3 has no surprises, unfortunately, and perhaps a few debatable choices, too. One of them is certainly the Snapdragon 820, an old and aging processor that makes me doubt that the tablet will keep up nicely when loads of apps are open, or whether the battery will take a hit.

Speaking of, there is a 6000mAh unit sealed in. It’s not gigantic, but certainly not small either. 4GB of RAM and 32GB of onboard storage complete the tour, with the much-welcomed presence of a MicroSD slot in tow (for up to 256GB extra).

The gist of it is that this is just another Android tablet that doesn’t really make any move to convince consumers that Nougat is indeed a tablet-ready OS. If you just need a slab to browse the web and enjoy Spotify and Netflix, you will probably remain satisfied, but I wouldn’t expect to ditch a Windows 10 machine (or even a Chromebook) and remain satisfied.

There’s also the big question of price, which the company isn’t ready to talk just yet. My gut tells me that it won’t come cheap, so that will obviously factor in when the final judgement time comes. You should expect the Tab S3 to hit the market some time in April.