Comment: As a stock Android lover, the Huawei P10’s EMUI left me emotionless 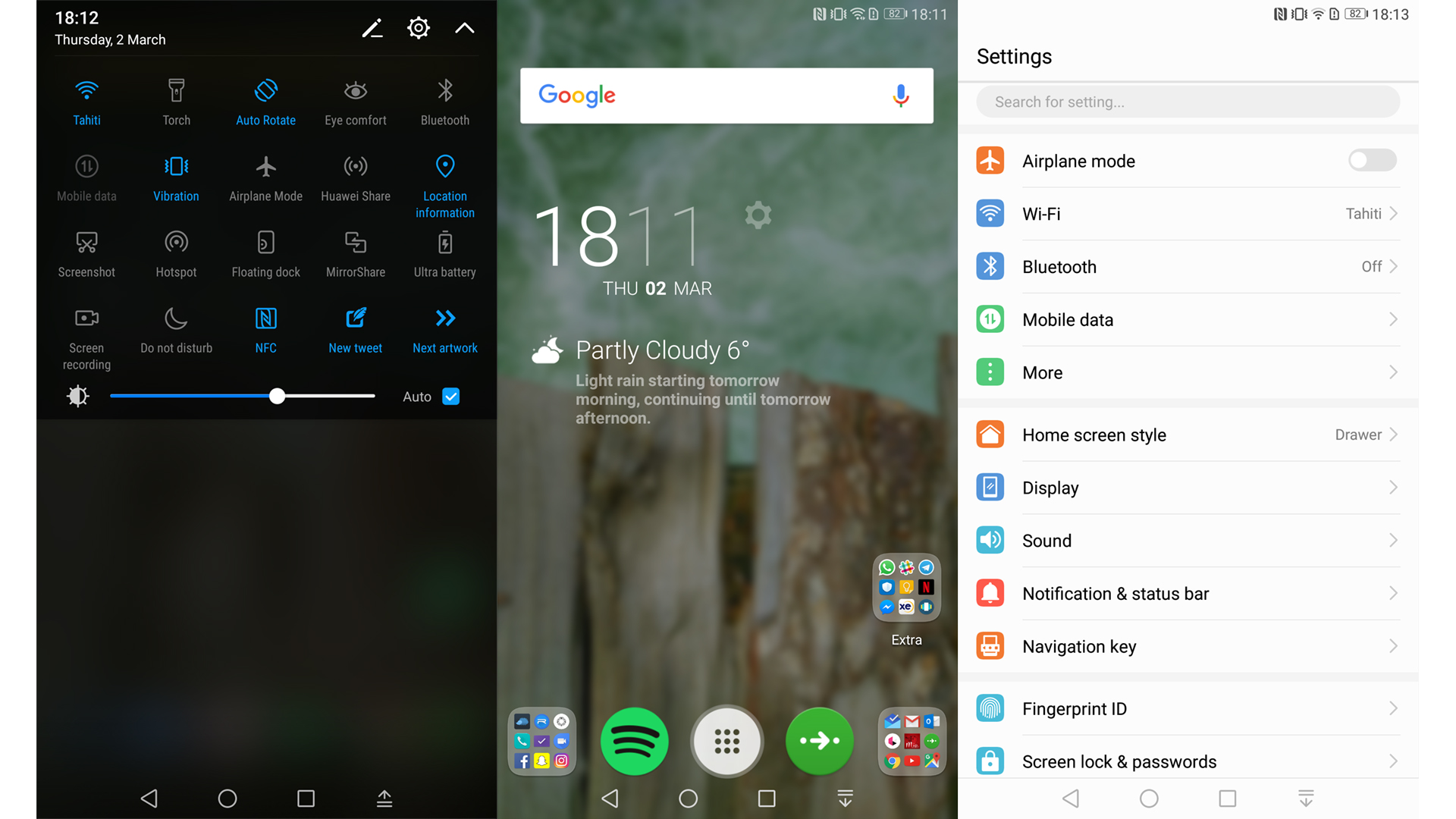 Following its press conference at Barcelona’s Mobile World Congress, Huawei was kind enough to hand out some units of the just-announced P10 smartphone, one of which I got ahold of. I have been using it ever since, and coming from a Pixel (and a tradition of vanilla or near-stock Android devices before that) I thought I couldn’t help but feel strongly about the EMUI. That, however, didn’t’ turn out to be the case.

So here are a few things I liked about it, and some that, instead, didn’t really click…

Let’s start with the good. The EMUI is a simple, clean and easy-to-understand user interface. There isn’t really anything that gets in your face, and all the design choices point towards very minimalist aesthetics, with good use of whites and colors combined.

Save for the Camera app, which is voluntarily loaded with a crap-ton of features, navigation is easy and universal (or near-universal) search areas like the one in the settings mean that you won’t struggle too much trying to find something specific.

There are also things such as the battery optimization sub-menu as well as the dedicated “Phone manager” app that are very user-friendly. As someone who appreciated a similar approach on the Galaxy S7 edge‘s TouchWiz, I do see why people would want to have a tool like that in their phone. SwiftKey is the default keyboard, too, which is decidedly better than the stock OEM’s average keyboard. Of course you could install it yourself, but it’s nice to see that it’s baked in.

There are also appreciable customization efforts, which make it easy for users to change wallpapers (like on the lock screen, with a carousel of pics changing every few hours), icons, the home screen’s setup (with or without the app drawer, that is) or even switch between (customizable!) on-screen buttons and a configuration that relies entirely upon gestures performed on the fingerprint scanning touchpad.

Here’s the thing, however; even for someone who could live with Google‘s Pixel Launcher (which I find sub-optimal in a series of areas), the EMUI stock launcher is, quite frankly, terrible. Other than filled with really bad-looking app icons (which seem to be the unwanted child of pre-iOS 7 iPhone icons and a Galaxy SII’s), no matter which theme you go for, the default launcher lacks any sort of feature. You can flip the home screen horizontally. Yay! But where have I seen this before…

You can swipe down to access the Spotlight-like search, slightly tweak the grid, change the animations for page scrolling or long-press on the all apps icon to access the keyboard and start typing the app you’re looking for in the drawer… but these are all pretty standard things.

There are no gestures (besides those “knock” ones, which work one time out of one hundred and are poorly thought out and executed — just disable them). The aforementioned all apps key can’t be moved. You can’t hide unwanted apps in the drawer; and so on and so forth.

And you would probably want to hide a few of them, like the ones you can’t outright disable; why the hell would I want to have a dedicated Torch app when there’s a quick-setting up there? And why would I need a “Themes” app that essentially replicates what’s inside the settings and is just there to change icons?

A system-wide theme, in fact, is what the EMUI would need. There is no way around it; no matter how clean it is, I just can’t shake off the feeling that it draws 95% of its inspiration from iOS. And it’s not just that it looks awfully similar to Apple’s software, there’s also another problem: it clashes terribly with Material Design, which most apps are now adopting.

Whereas vanilla Android keeps that design philosophy through and through (despite its internal inconsistencies), the P10 constantly switches back and forth. It’s not the end of the world, mind you, but I find it aesthetically unpleasing, uninspired, and ultimately, yes, a bit annoying. Take those quick settings, for instance; they feel like they’re coming straight out of the Ice Cream Sandwich era. Why?

At the end of the day, there is nothing really wrong with the EMUI, which — once you’ve changed the launcher — mostly fades in the background and lets you enjoy the phone. Much like the hardware it is wrapped in, Huawei’s software simply leaves you without strong feelings, or perhaps just a bit of indifference. A bit ironic when you remember this is called the “Emotion UI.”

The fact that I’m not looking forward to running back to the Pixel is probably a positive note. But whereas other companies, like Samsung, had managed to convincingly merge Android’s new design philosophy and direction with a touch of personality and actual usefulness, Huawei just barely plays catch up offering something that is neither flesh nor fowl.

And, for a device that wishes to be at the very top of the game, that may simply be not enough.

Another software feature never seen on competitors’ devices before.

I appreciate the consistency effort, Huawei. But as far as design goes, ehm…

I’m not sure what its real effect on performance is, but especially for non-power user it could prove as a helpful too. I welcome it.

It took me some time but I managed to make my home screen look somewhat decent. As far as usability goes, however…