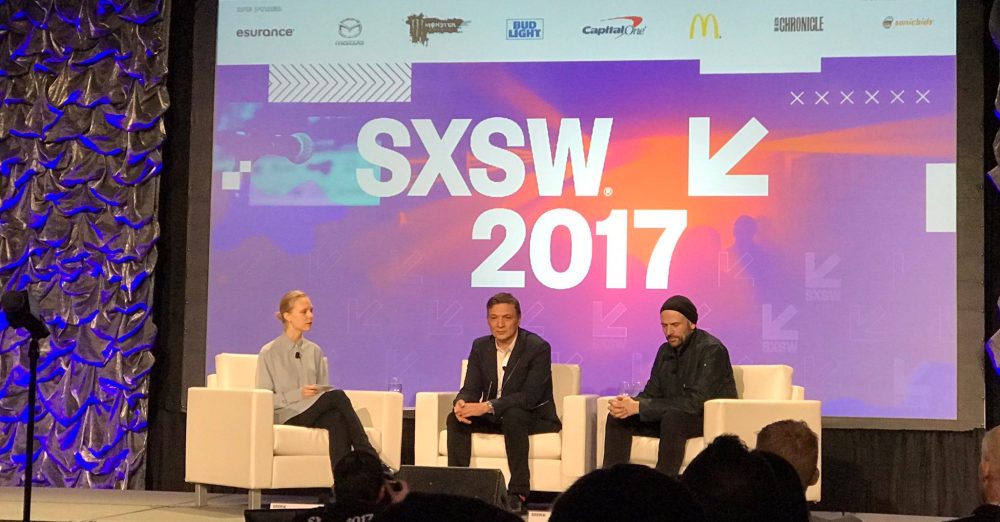 We haven’t heard much about Google’s Project Jacquard in the last several months, but as we pointed out the other day, that will soon change thanks to some events that Google is hosting at SXSW. To kick things off, Ivan Poupyrev of Google ATAP is holding a talk where Google and Levi’s are revealing tidbits of new information about the connected clothing…

Via tweets from Tom Emrich (we’re at SXSW this week, but missed this event unfortunately), we’re getting a bit of a look into the event, where Poupyrev and Paul Dillinger of Levi’s are recapping a lot of what we learned at Google I/O last year. Interestingly, it seems that Google and Levi’s will be showing off the jacket this week during SXSW at the Levi’s Outpost.

There’s going to be a Commuter Jacket API, Google says, which will be made available to developers in the coming months to create new use cases.

We’ve also learned that the jacket is going to be pushed back a bit form its initially-hoped-for launch of this Spring. The jacket will be available this coming fall for $350. Google had said at I/O last year that the jacket would become available in some kind of “limited beta” last fall, but that never happened as far as we’re aware.

Proejct Jacquard was initially announced in its infancy at Google I/O 2015 alongside Project Soli and other ATAP initiatives. We had the opportunity to go hands-on with the technology at that event. Google then revealed the jacket it had been working on with Levi’s at Google I/O 2016.

We’re going to be on the ground at the Levi’s and Google party at SXSW this evening celebrating the launch of the jacket, and we’ll be back with video and photo hands-on with the Commuter as soon as we can.

Dillinger is wearing one of the Commuter jackets on stage .. just showed how the tech snaps on the left sleeve #sxsw pic.twitter.com/q4iKX1vfJk

Dillinger is wearing one of the Commuter jackets on stage .. just showed how the tech snaps on the left sleeve #sxsw pic.twitter.com/q4iKX1vfJk

The Levis Outpost here at #SXSW is featuring the working jacket

It's time to finally see the Connected Trucker Jacket from Levis and Google #wearabletech #sxsw pic.twitter.com/5zHlXbq1kS

Activating Levi's / Jacquard connected garment product at #SXSW, a lot is going on, opening party Sat., come to see us if you are in Austin! pic.twitter.com/JuqmUPfCQA

"The challenge of Project Jacquard: How do you make technology authentic to garments?" @ipoupyrev #SXSW