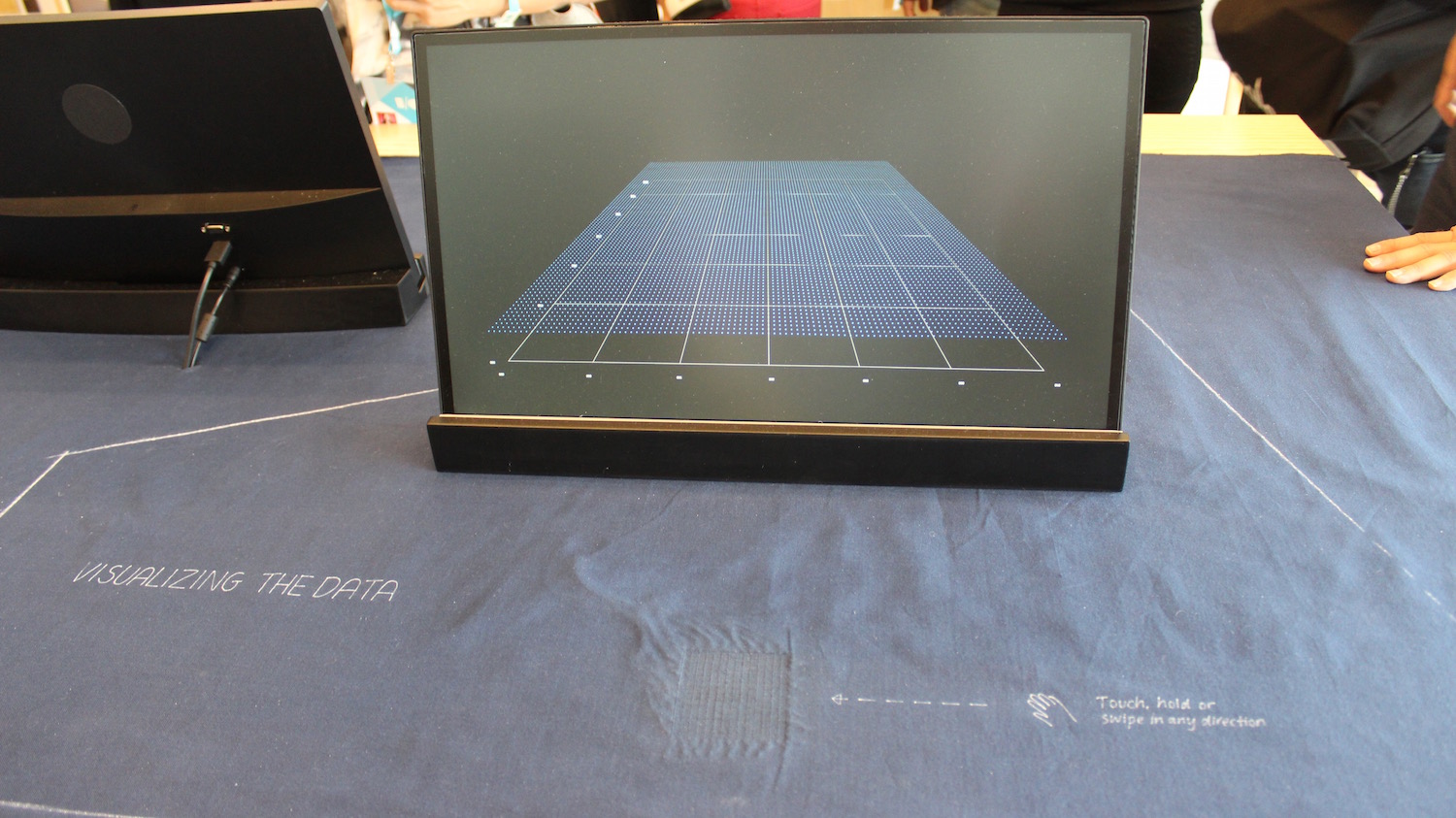 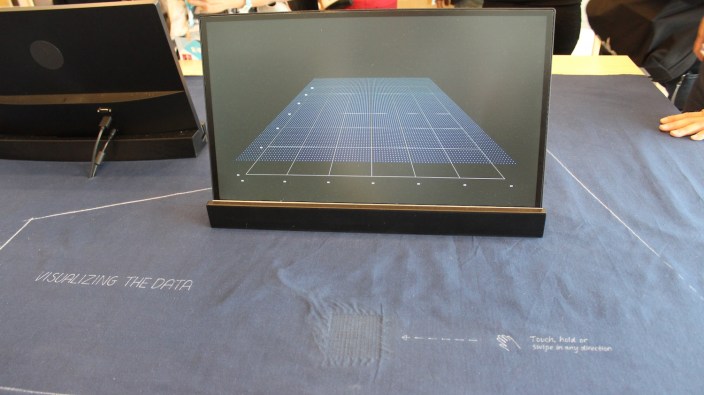 ATAP’s Project Soli and Project Jacquard are two of the more exciting announcements to come out of Google I/O, and while Soli didn’t have any impressive demos on the show floor, Google’s advanced technology and projects group had some touch-able fabric out for us to give Project Jacquard a test run. So we did, and we grabbed a quick video…

Project Jacquard, as we told you earlier today, uses conductive fabric to create what is effectively a capacitive touch sensor on your clothing. You can tap it, pinch it, and swipe it, and the connected computer can interpret your touches as if you’re touching a screen. Obviously it’s not as precise as a smartphone’s screen, but it’s definitely an impressive tech demo.

While the demos that Google ATAP gave on stage during the event today were more impressive by far, Google did let us put our hands on some simpler demos, including a visualization of the touch-able fabric, and a look at how you could use Jacquard to control the music on your phone. There was also a screen out that let us make some drawings by touching the fabric grid.

Here’s a look at the visualization:

Soli’s technology is actually more impressive, but—suitably—ATAP didn’t have as much available in the hands-on demo area. They had a couple of booths that showed slightly-interpreted data, but it wasn’t anything like the demo we saw on stage.