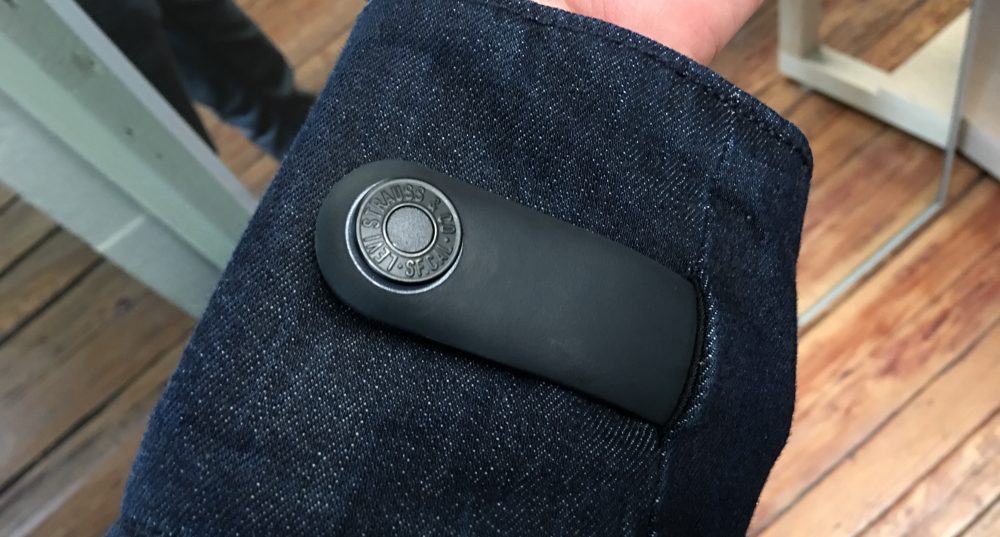 Google’s Project Jacquard touch-sensitive fabric was first shown at I/O 2015, and now the first tangible product to include the tech is closer than ever to actually shipping. Levi’s and Google decided to take up residence just around the corner from the Austin Convention Center this week at SXSW, and we got a chance to go hands-on with a near-final version of the new Commuter jacket…

For those not in the loop, the Commuter jacket is a new take on “wearables,” adding a touch sensitive strip to the sleeve of the jacket for things like controlling your music, getting the time, or answering phone calls. And in our brief hands-on time with the jacket, that’s pretty much all the functionality that was shown off.

This is the first time that we’ve had the chance to see the Jacquard tech up close and in-person, and there are four parts: the Levi’s jacket itself (which is basically a slightly modified version of the tried-and-true Levi’s Trucker jacket), there’s the Jacquard fabric strip on the outside of the jacket’s cuff, the Jacquard tag (which houses all the tech that makes everything work), and there’s the companion Jacquard app for your phone.

I’m not much of a fashion expert, so I don’t really have any valuable opinions on the jacket itself. It’s a nice, denim jacket. And I’m told it’s just a little bit longer than usual in the back so that bikers have more coverage when they’re hunched over on their bikes. Levi’s says that after countless iterations, the current build of the jacket is just as machine washable as the original.

The Jacquard fabric is nice, and it’s a mostly identical recreation of the tech that Google has been showing off for a while now. There’s a patch that’s about 3 inches by 3 inches on the cuff of the jacket and it’s invisible enough that no one would know it’s there unless they’re specifically looking for it (although I can’t say the same about the plastic tag). It’s also just barely raised from the surface of the jacket sleeve, though, so if you’re the one using it, you can easily feel where it is. 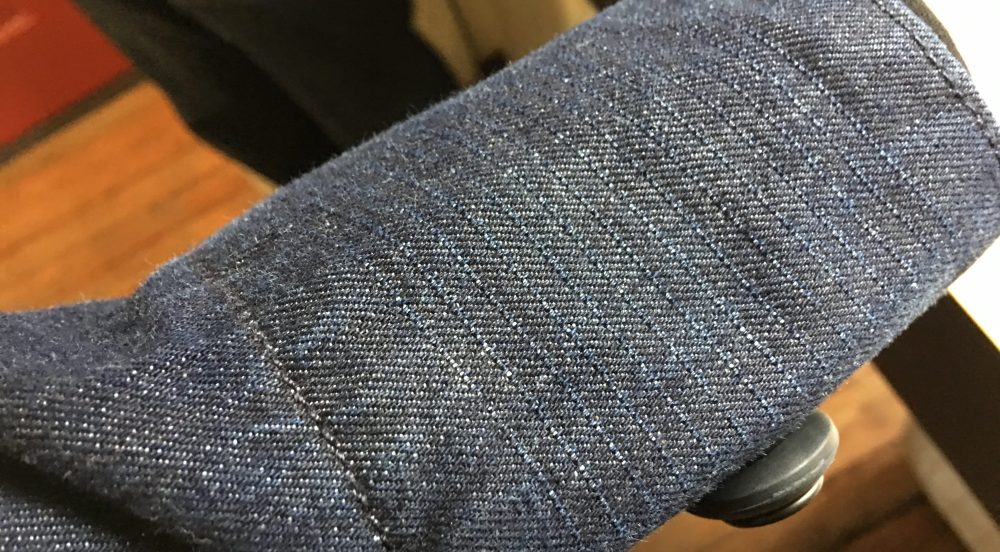 And as you can see in the below images, the Jacquard tag is a flexible piece of plastic that you clip onto the jacket itself. Thankfully, there’s a small pocket made specifically for the USB connector end, so it stays mostly out of the way when you’re actually wearing the jacket. The Tag houses the Bluetooth antenna for connecting the Jacquard fabric to your phone, and a battery that we’re told can last anywhere from a few hours to a couple days depending how heavily you use it.

While we’re not entirely clear on what the featureset is going to look like when the jacket launches (it feels like Google is still making those decisions), the end of the Tag that snaps on to the jacket has an LED that lights up to let you know it’s pairing with your phone — and that light could also be used to gently let you know about notifications you’ve received. 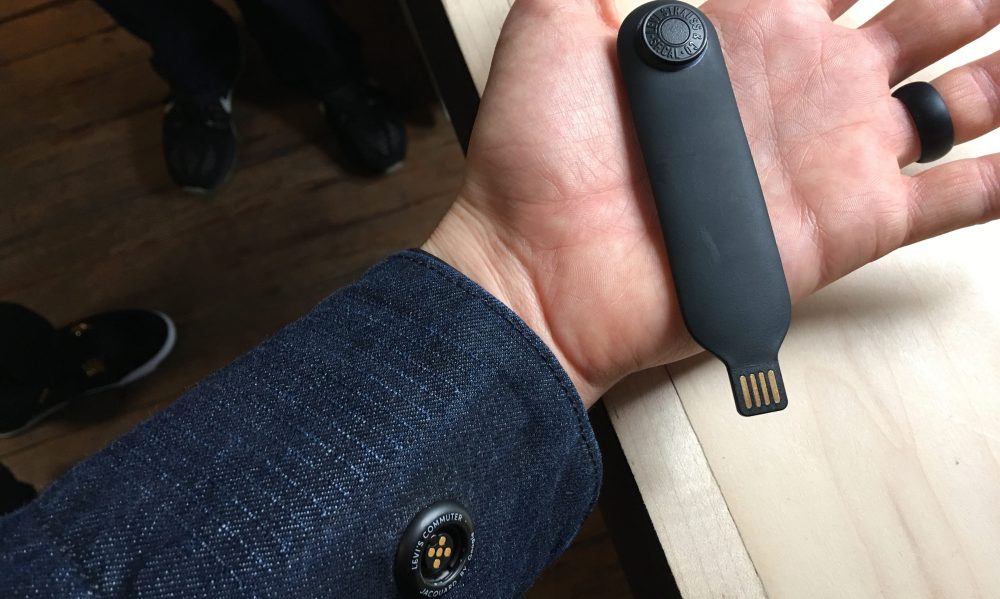 The app didn’t seem done based on the hands-on experience we had (you can check out the video below to see it in use), but its current barebones features do about what you’d expect. There are a few preset gestures, and as you would in an app like IFTTT, you can assign certain actions to those gestures. The app shown to us only had presets for swipe right, swipe left, and double tap, but we’re told more are in the works. (We were specifically told of one called “Genie” which involves a circular motion, and one called “Cover” which is basically placing your entire hand over the fabric.)

While things like getting a vocalized ETA to destination, the current time, and volume control are great, I’d like to see more functionality added to the app before the jacket launches. IFTTT support, for example, would drastically increase the possibilities here. The Levi’s rep that demoed the app for me says that they’re aware it’s pretty basic at the moment and that lots of new features are in the works. The final thing I need to mention is the price of the jacket, which we found out yesterday is going to be $350 when it launches this fall. Since a standard Levi’s Trucker jacket goes for around $100 (or less), you’re paying quite the premium to get Google’s tech embedded. But it’s a really cool concept, and if you want to be one the first to get unique embedded touch sensitive fabric, I guess a $250 premium over the standard price of the jacket isn’t absurd. Plenty of R&D went into this.

While I’m not sure if I’ll be shelling out $350 for the jacket, I’m most excited about the potential future for the concept. It would be great if internet-connected clothing is one day ubiquitous and doesn’t require charging a tag to keep it running. That’s the biggest downside with Jacquard at the moment, I think. The fabric tech is awesome, but just like a smartwatch or a fitness band, you have to remember to charge this extra thing and attach it to yourself to be able to use it.

Check out the gallery below, and keep scrolling even further for a quick hands-on video: