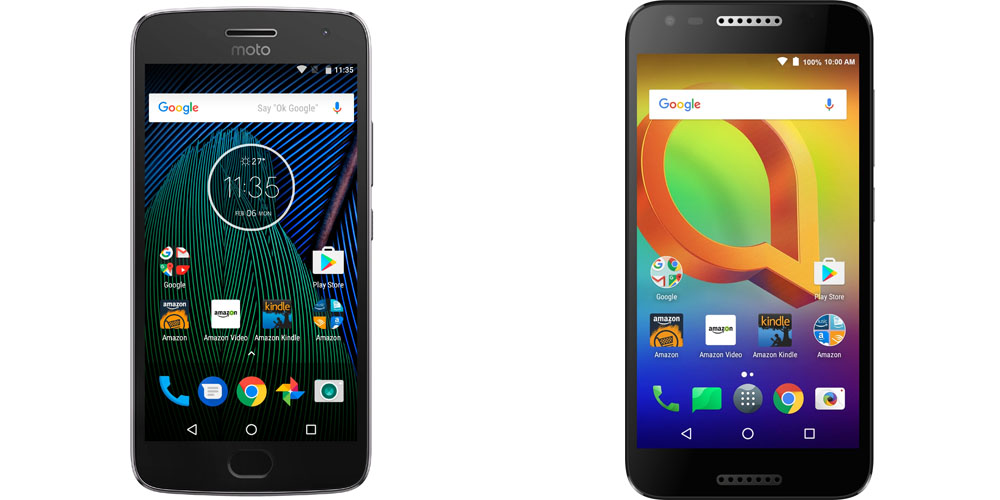 If you’re looking to save a bit of cash on a Moto G5 Plus and don’t mind ads on your lockscreen, Amazon has you covered. The mid-range handset is being added to the company’s Prime Exclusive Phones line-up, starting at $184.99 for the 2GB RAM/32GB storage model and rising to $239.99 for 4GB/64GB.

The Moto G5 Plus features a 5.2” Full HD display, fingerprint reader, octa-core processor, 4G LTE speed and compatibility with all major U.S. carriers […] Incredible pricing is supported by personalized offers and ads, including deals and product recommendations, displayed on the phone’s lock screen.

Announced at MWC last month, you get an unlocked phone with a decent spec in a metal design, saving around $45 on the retail price. Alternatively, if you’re just after a budget phone, the company has an option for just $59.99 …

Amazon says that its Prime Exclusive Phones ‘consistently rank in our best-sellers list, and are some of the most highly rated unlocked phones available on Amazon.’

We got a hands-on with the G5 Plus at MWC, and were reasonably impressed. Here’s what Amazon has to say about it.

The two new handsets bring the total number of Prime Exclusive phones to five. As the name suggests, however, the pricing is exclusive to Amazon Prime members. You can view the full range at Amazon.