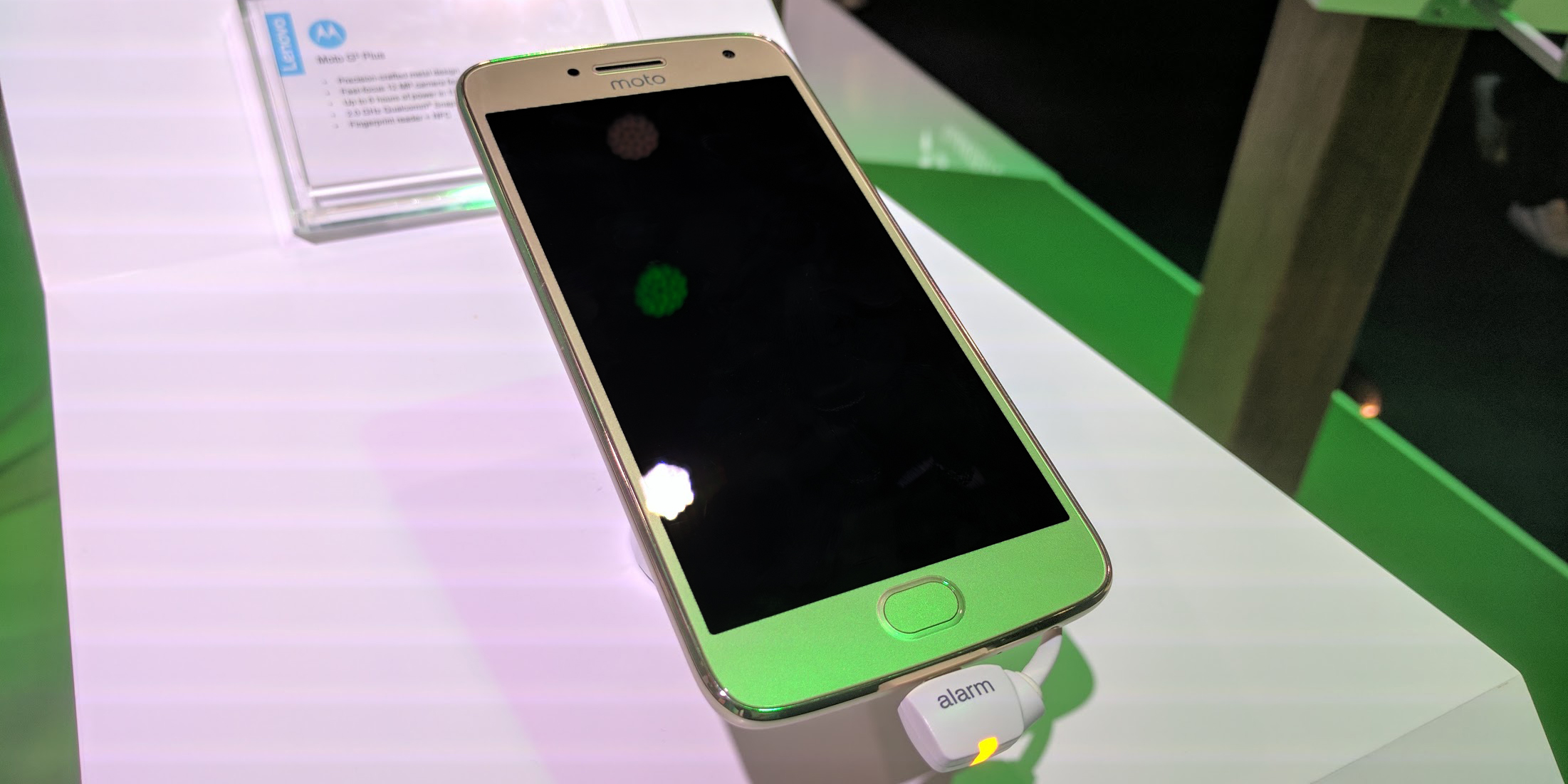 While Lenovo’s strategy for high-end devices hasn’t convinced me, their idea of what a midrange or budget phone should do and be (and, most importantly, cost) is still more than valid. After all, it’s not too distant from the original Moto G’s philosophy, which was good and hasn’t changed much since.

Last year’s decision to make a “Plus” version of the G series was, in my opinion, a good one, and it makes even more sense this year, as the slightly better model is now even more differentiated from the standard G5.

Let’s start with what makes them similar: the display. Unlike last year’s unusually big panel, the G5 brothers scale things down to a more reasonable 5-inch and 5.2-inch for the standard and Plus models respectively, both LCDs at 1080p resolution. They are not spectacular, especially among all the QHD (and even 4K) screens around in the venue, but they are still sharp and bright enough to make do with its typical customer’s needs. They also share a pill-shaped fingerprint scanner on the front: new for the non-Plus model, and still better than the weird tilted square of 2016’s model.

Gestures didn’t seem to be supported on the smaller model, which is a shame (they are awesome and more OEMs should use them), and I didn’t get a chance to register one of my fingers and have a go, so I can’t tell you how fast it really is. The last thing they have in common is an annoyance: the Moto G5s still use microUSB. There is absolutely no reason why a non-godforsaken 2017 smartphone should do it, and it is painful to think that this is the case. Shame on you, Motorola.

Here’s where they differ. First is the build: the standard G5 uses a removable back that makes you access the 2,800 mAh battery (and microSD slot), while the G5 Plus has its 3,000 mAh unit sealed in. The Plus also has a more satisfying feel to it, thanks to the use of aluminum, while to a closer inspection the base G5 betrays itself, revealing plastic sides that are only reminiscent of metal.

The camera on the G5 comes in at 13MP with a f/2.0 lens, and while okay, in my brief testing performed sensibly worse than the G5 Plus’ 12MP eye (with f/1.7 aperture). It wasn’t much of a picture quality issue, but rather a speed and performance one, especially with HDR turned on for both.

That’s perhaps due to another difference, the processor: the Snapdragon 430 may have worked just fine with a 720p screen, but it does struggle a bit with this. The 625 inside the G5 Plus makes it feel faster across the board, and the extra GB of RAM (3 vs 2) probably has a role in it as well. Android (7.0), however, has remained relatively untouched, in typical Moto fashion. And that, it goes without saying, is but a good thing.

It may remain somewhat uninteresting (there isn’t any standout feature), but at ~$199 (€179) there really is not much room for complaint in regard to the Moto G5. And, frankly, the $299 (€279) Moto G5 Plus may even be worthier of its price tag. (As we mentioned previously, the standard Moto G5 unfortunately won’t be available at all in the US, however.)

We will have a more in-depth analysis with our full review, of course, but in the meantime my takeaway is that Lenovo may have just produced the king of low-to-midrange smartphones, and if day to day performance (and battery) keep up with the promises, it’ll be yet another Moto G winner.

Stay tuned for our full review in the coming weeks.