ASUS’ ZenFone AR is coming this Summer as a Verizon ‘exclusive’ 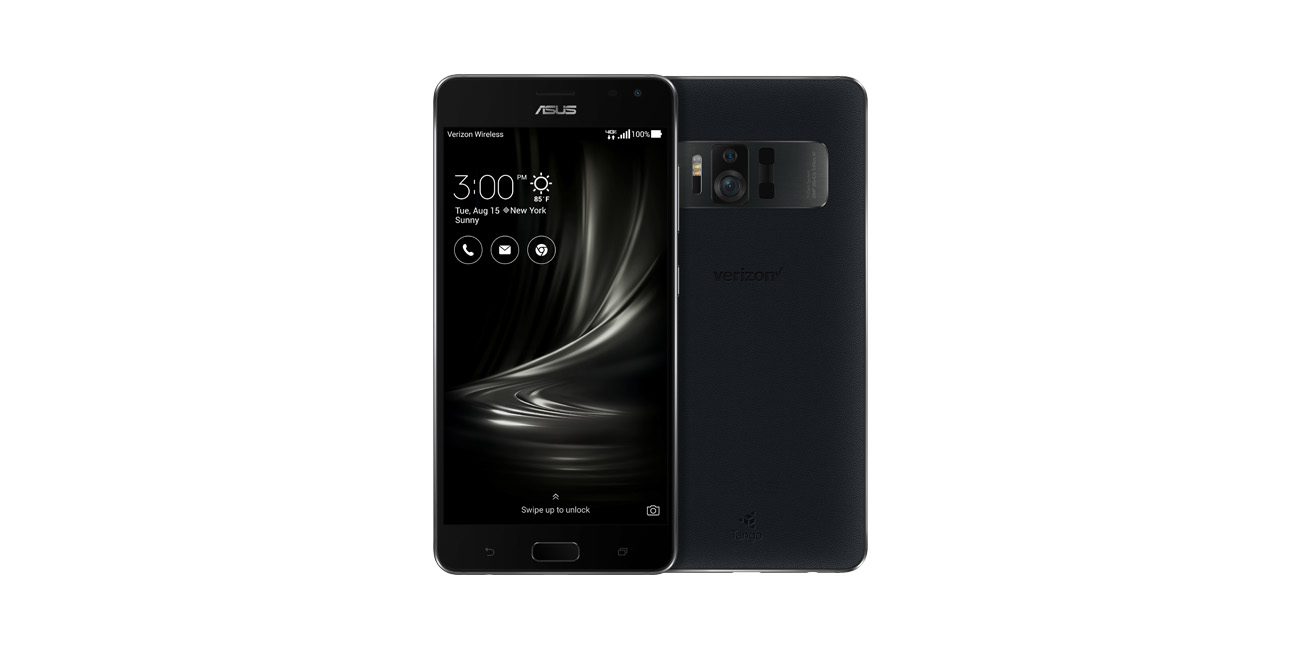 Earlier this year at CES 2017, ASUS and Google showed off the latest in Project Tango, the ASUS ZenFone AR. Today at Google I/O, the company finally revealed when we’ll be able to test out this new device.

Starting this Summer, the ASUS ZenFone AR will go on sale for an undisclosed price with Android Nougat and Tango capabilities out of the box, as well as support for Google’s Daydream VR platform. Unfortunately, ASUS is also saying that the ZenFone AR will be a carrier-exclusive to Verizon Wireless. It’s unclear if sales will be available unlocked, but it feels likely that Google and ASUS will offer that option.

The ZenFone AR offers up a 5.7-inch AMOLED display, a nice change of pace from the massive Lenovo PHAB 2 Pro, as well as Android Nougat, 6GB of RAM, and 128GB of storage. ASUS is also using Qualcomm’s Snapdragon 821 which may seem like an odd choice, but it is specially optimized for Tango.

Mountain View, CA (May 18, 2017) — Today at Google I/O, ASUS announced that Verizon will be the exclusive wireless provider of the ZenFone AR in the United States. The next-generation smartphone represents a significant advancement in mobile virtual and augmented reality technologies. The ZenFone AR is the world’s first smartphone that supports both Tango AR and Daydream VR technologies developed by Google, giving users totally new ways to engage with and be entertained by their smartphones. During Google I/O, Johnny Lee, head of the Google Tango team, demonstrated Tango and Daydream on the ZenFone AR. The ZenFone AR will come with the Android 7.0 Nougat OS with 6 GB of RAM and 128 GB of storage, and will be available this summer at Verizon.

Tango is an augmented reality (AR) platform that uses qualified devices to detect their users’ positions relative to places and objects around them without using GPS or other external signals. This allows application developers to create AR experiences that include indoor navigation, 3D mapping, and environmental recognition, among other augmented reality applications. Daydream is a high-quality virtual reality (VR) platform that is built into the Android operating system to support VR apps. The ASUS ZenFone AR was developed in close cooperation with Google to deliver the best user experience on both Tango and Daydream platforms.

Ideal for AR and VR Tango adds three abilities to the ZenFone AR: motion tracking, depth perception and area learning. Through these capabilities, the ZenFone AR can detect how far it is away from a floor, wall or an object and understand where it is moving in three-dimensional space.

AR is a rapidly growing segment for mobile technology and one consumers are extremely excited about. To date, there are over 100 Tango compatible apps on Google Play¹. ASUS and Google are also partnering with well-known brands to bring the Tango AR experience to customers.

For VR, the large, high-resolution and high-contrast display of the ZenFone AR makes it ideal for VR applications when used as a VR display mounted in the Daydream View headset. The ZenFone AR’s expansive 5.7-inch screen immerses the viewer in whatever VR world is being presented, while the WQHD (1440 x 2560) resolution presents images with extreme clarity and deep black hues enabled by the high-contrast super AMOLED technology which enhances the 3D effect of the screen.

AVAILABILITY AND PRICINGThe ZenFone AR will be available with 6GB of RAM and 128 GB of storage, with Verizon as the exclusive wireless provider, in the United States in summer 2017. Pricing will be announced at a later date.