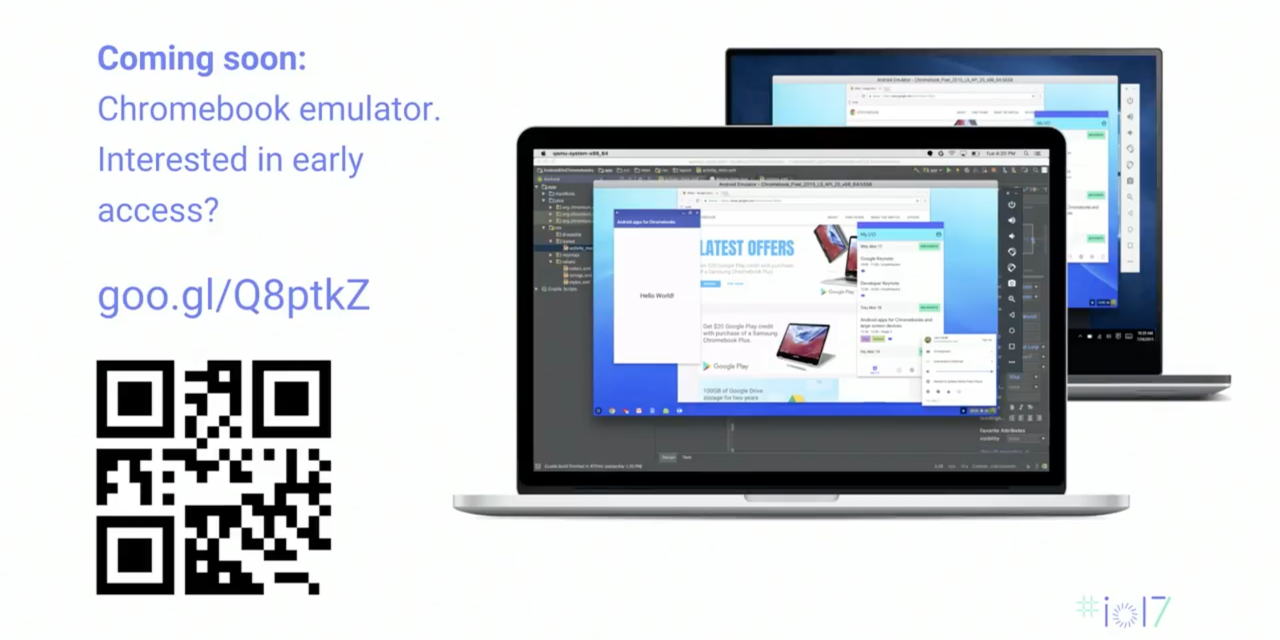 Android apps for Chrome OS are still slowly rolling out, but Google very much wants developers to optimize their applications for Chromebooks and larger screened devices. At I/O 2017, they revealed an emulator that will allow local development without the need for an actual Chrome OS device.

While the Friday afternoon session was primarily devoted to Chromebooks, Google notes that there are many “large screen devices,” citing the Lenovo Yoga Book and Samsung DeX for the Galaxy S8 and S8+.

Going through the best practices for optimizing apps for large screens, Google is further aiding developers by providing a local Chromebook emulator to encourage optimizing for the new platform.

Google notes that most apps will already work on a larger form factor, but that developers would do well to optimize the experience and plan for “huge screens.” Namely, apps should move to API level 24 or later to take advantage of the latest windowing features.

This Chromebook emulator is coming very soon, with developers able to sign-up now for early access. They note that the tool is still in beta and under “heavy development.” 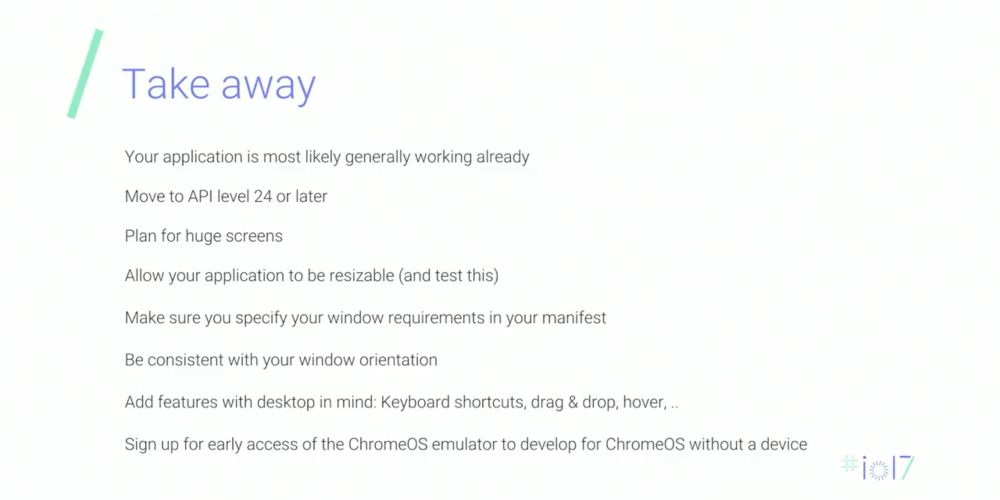