LG debuts the rugged ‘X Venture’ smartphone, IP68 and Nougat for as little as $11/month 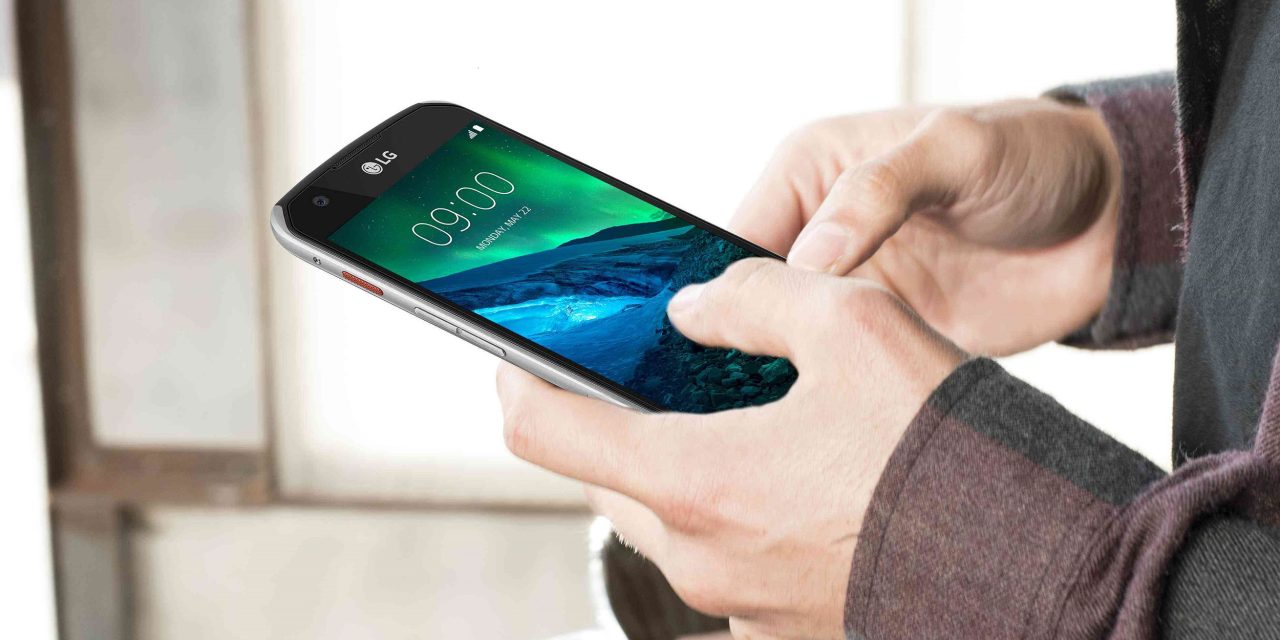 Not every smartphone is designed to take a beating, and less expensive phones often leave durability as the least important part of the device. Now, LG is bringing us a rugged Android smartphone which, on paper, seems like a pretty good value — the LG X Venture.

LG’s X series of smartphones are all designed to be affordable devices with specific focuses on one aspect of the smartphone experience. With the X Venture, LG’s focus is very clearly durability and protection from the elements.

The device offers IP68 protection against dust and water and LG says that the phone has passed 14 different MIL-STD 810G for temperature, water, shock, and more. The company says it passed all the tests with “with flying colors.” The device is built from plastic for the most part and offers up black or brown color variants. It also offers a rear fingerprint sensor and a wide-angle front-facing camera, as well as a 16MP rear shooter.

As for specifications, the LG X Venture offers a Snapdragon 435, Android Nougat, a 5.2-inch 1080p display, 2GB of RAM, 32GB of storage (with microSD), and a massive 4,100 mAh battery. Overall it’s not a bad package for the price, and LG didn’t have to cut too many corners (bad pun courtesy of Justin Duino) on it either.

AT&T will be the exclusive carrier of the X Venture in the US and will offer it starting May 26th for $11 a month. That puts the price at around $260, but it’s unclear what retail price LG will ask for in other regions, as it will be available in parts of Europe, Asia, Africa, the Middle East and Latin America.

SEOUL, May 22, 2017 — LG Electronics (LG) today unveiled its second X series smartphone for 2017 designed for active users who want a smartphone that can keep up with their on-the-go lifestyles.

The LG X venture is the company’s newest mass-tier smartphone designed for users who want a tough adventure companion device that doesn’t sacrifice on features or looks. With IP68 compatibility for water and dust resistance, the LG X venture passed 14 different MIL-STD 810G tests designed for the U.S. military. In addition to measuring resistance to extreme temperatures, shock and water, the LG X venture was repeatedly immersed in 1.5m of water for up to 30 minutes and passed with flying colors.

In addition to its resistance against accidental mishaps and extreme elements, the smartphone features Outdoor Essentials, a multi-purpose application designed specifically for the LG X venture with six useful tools in a single application. Bundled in the active lifestyle app is a barometer, compass, activity counter (steps/calories/distance), exercise tracker, weather reporter and flashlight. The phone offers a robust but stylish design with a metal frame and a non-slip back cover and will be available in black and/or brown.*

LG understands that not all outdoor activities occur in warm climates so the LG X venture was designed with three physical keys on the front as well as a QuickButton on the side allows for easier interaction with the phone while wearing gloves or in wet or muddy environments. QuickButton works differently depending on how it’s pressed — short press for Outdoor Essentials, long press for settings and double press to toggle Glove Mode to recognize screen taps and swipes with gloved fingers. QuickButton can be customized to launch your favorite application and works even when the screen is off.

The LG X venture carries over a number of popular features from LG’s flagship G and V series smartphones such as the rear fingerprint sensor and dual cameras. A 5MP 120-degree wide angle front camera is perfect for large group shots while the rear 16MP camera delivers breathtaking shots with incredible sharpness and detail. A heavy-duty, high-capacity 4,100mAh embedded battery lasts for up to 24 hours between charges and with Quick Charge 2.0, the LG X venture charges from empty to 50 percent in only 48 minutes.

“Consumers with active lifestyles want devices that they don’t need to coddle or worry about when they’re on the go,” said Juno Cho, president of LG Electronics Mobile Communications Company. “But the LG X venture isn’t a ruggedized phone that makes sacrifices. Its long list of features, long battery life and excellent photo capabilities makes it the ideal companion for customers who wants a phone that works anytime, anywhere.”

LG X venture goes lives starting today in North America and will be available in parts of Europe, Asia, Africa, the Middle East and Latin America in the weeks to come. Pricing and exact date of availability will be announced locally in each market.