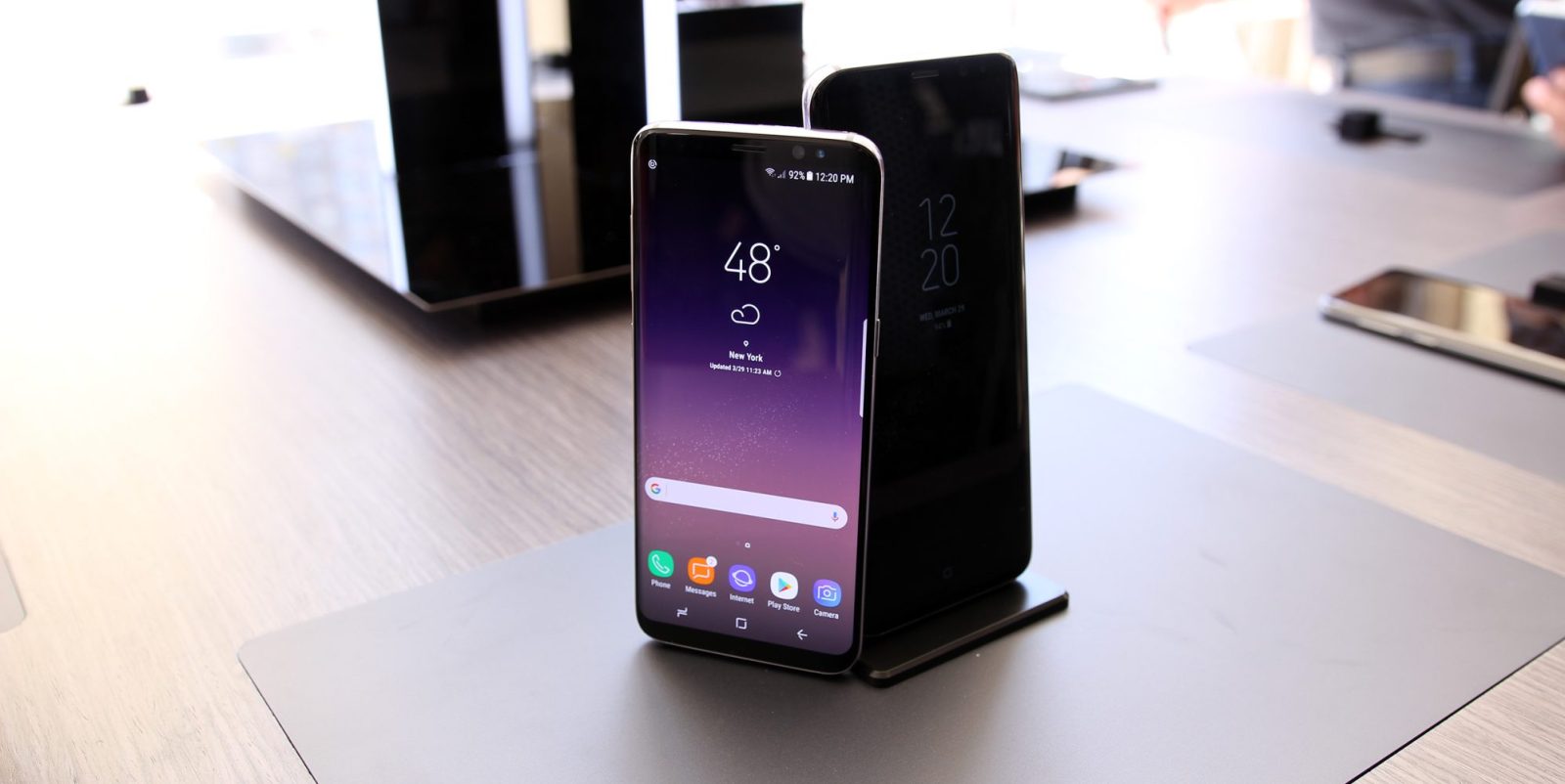 Consumer Reports today is out with its latest smartphone ratings, highlighting recent releases from Samsung. The iPhone 7 is also in the mix, even though it’s nearing 9 months on the market at this point.

Given the iPhone 7’s age, it shouldn’t come as too big of a surprise that it was beat out by newer flagship devices from Samsung and LG…

The findings from Consumer Report show the Samsung Galaxy S8+ rank as the top smartphone, closely followed by the Galaxy S8, Galaxy S7 Edge, and LG G6. The iPhone 7 Plus rounds out the top 5.

The testing publication praised the Samsung Galaxy S8’s design, packing a large screen in a small and narrow footprint. Though, both the Galaxy S8 and Galaxy S8+ aren’t necessarily the best for one-handed operation.

The look of the S8 and S8+ is minimalist, modern, and elegant—and the design allows for a bigger screen in the same-size device.

While the S8 siblings are comfortable to hold, you may need two hands for many operations, and these aren’t phones we’d order online without first handling them in a store.

“Even on the smaller model, it will be hard for most users to reach the upper regions of the screen with their thumb,” lead phone tester Richard Fisco says.

One interesting tidbit comes concerning the rear-placed fingerprint sensor on Samsung’s flagships. Consumer Reports calls the fingerprint readers “awkwardly placed” and says that during testing, they regularly found themselves “repeatedly poking around to locate it—and smudging the camera lens in the process.

Consumer Reports also cites the Galaxy S8’s camera as a standout feature, saying that the lack of a dual-camera setup like what’s found on the iPhone 7 Plus doesn’t affect performance.

Finally, a few top-end cameras, including the iPhone 7 Plus and the LG G6, have dual rear-facing cameras, to enhance either zoom or wide-angle photography. The Samsung phones haven’t gone that route yet—and we don’t think they suffer for it.

The Consumer Reports review is interesting for a few reasons. The biggest thing to note here is that the 2017 flagships from Samsung are being compared to Apple’s 2016 flagships and that things will likely change quite a bit once the iPhone 8 is unveiled later this year.

Many of the features for which Samsung’s flagships were praised are expected to be flagship features of the iPhone 8. This includes things such as the nearly bezel-less design. The commentary concerning the rear-placed fingerprint sensor is also interesting seeing that the location of Touch ID is a notable point of contention for the iPhone 8 thus far.