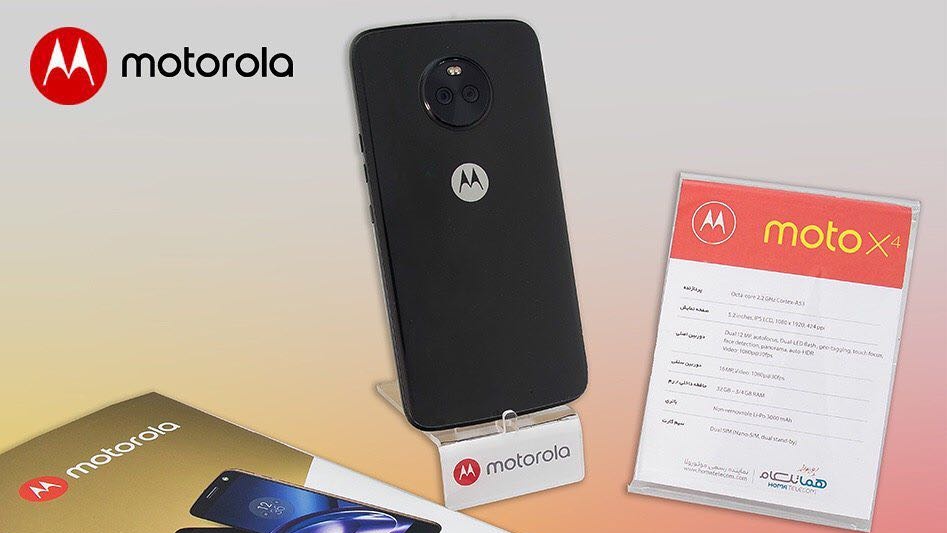 Yesterday morning, hands-on photos for Motorola’s upcoming Moto X4 surfaced to showcase what the latest Moto device will actually look like in person. In yet another leak, we have more hands-on photos to feast our eyes upon, in addition to a few key specs that have been confirmed.

Homa Telecom — an official distributor of Motorola products in Iran — recently shared a couple of photos of the Moto X4 on its Intragram page to showcase the upcoming device. These photos were quickly removed from the company’s profile, but thanks to the Internet and all of its infinite glory, they were saved before Homa Telecom realized it’d spilled the beans.

One of these photos simply showed someone holding the X4, and although it only shows off the back of the handset, it does allow us to see how the Super Black color will stack up to yesterday’s Sterling Blue version that was leaked.

The second photo also showed the device in person, but the X4 was also accompanied by its official specifications sheet. A previous report already outlined everything we can expect from the Moto X4, but seeing as how this is coming from an officially licensed distributor of Motorola products, this is the most “official” confirmation we’ve seen yet.

In any case, that spec sheet confirms that the Moto X4 will ship with a 5.2-inch display, 3 or 4GB of RAM, and a 3,000 mAh battery. In addition to this, we’re also expecting the X4 to use Qualcomm’s Snapdragon 630 processor, feature a 12 and 8MP rear-facing camera setup, and offer IP68 dust and water resistance.

Pricing for the Moto X4 is expected to be around $400 or so in the United States, and when the phone does eventually launch, it should be one of the first non-Pixel or Nexus phones to available on Google’s Project Fi.