Best smartwatches for Android you can buy [October 2017] 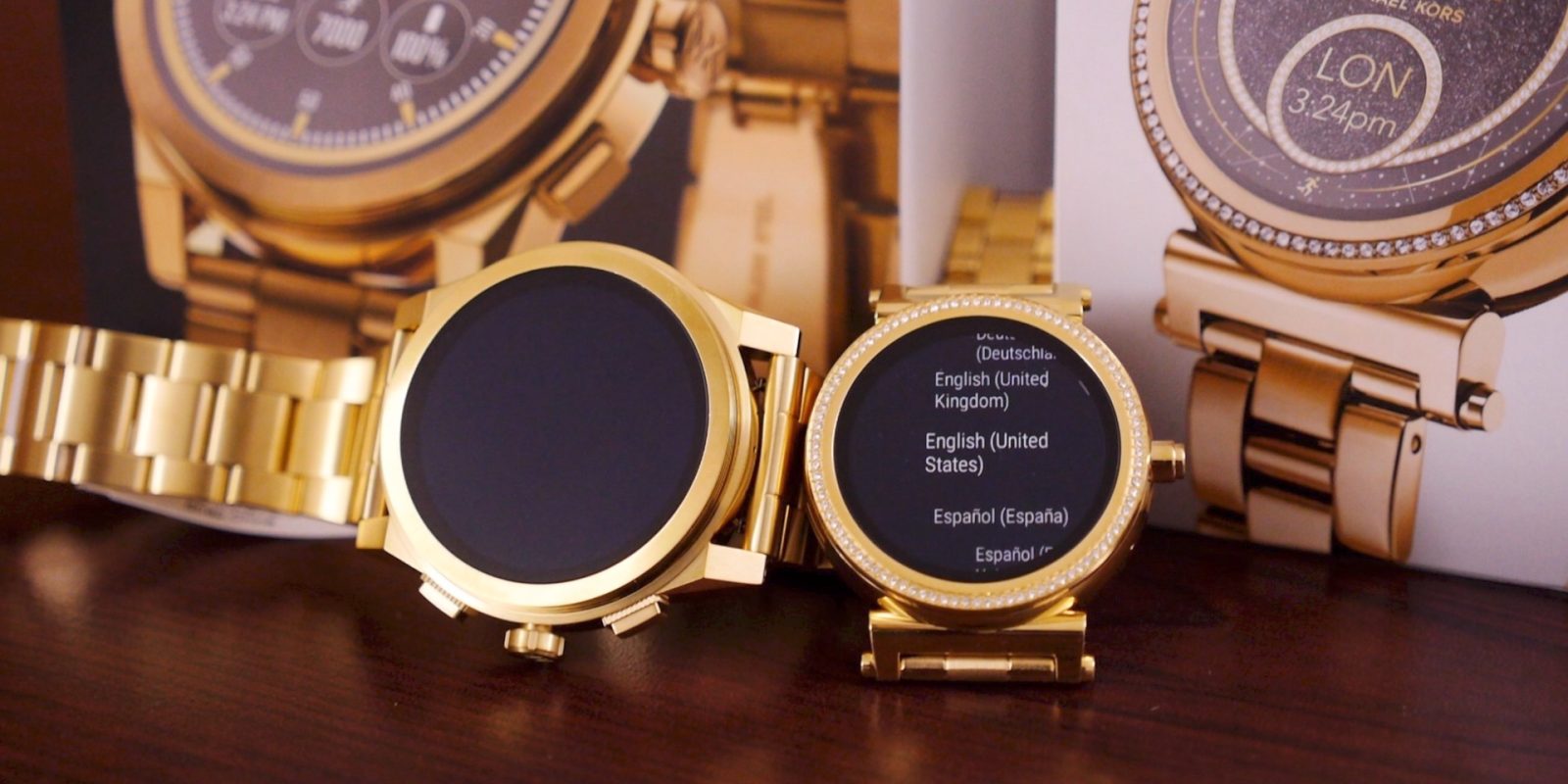 With new hardware and software options that continue to get better and better, there’s no time like now to buy a smartwatch. While iOS users are pretty limited in what they could buy, Android users have too many choices to count. Not sure where to start looking? Let’s go over some of the best options…

Most of today’s Android Wear devices aren’t the most stylish, but two of the latest watches from fashion brand Michael Kors aim to change that. The Grayson and Sofie watches are designed to suit the style of men and women respectively, and both start at around $350.

Like most other watches on this list, these both feature Android Wear 2.0, a Qualcomm Snapdragon Wear 2100 chipset, 512MB of RAM, 4GB of storage, and IP67 dust and water resistance. The differentiation of these watches really comes down to the hardware.

The Grayson is designed for men and is clearly inspired by a traditional watch. It has a stainless steel casing at 47mm wide with a 1.39-inch 454 x 454 AMOLED display.

The Sofie, on the other hand, is designed for women with jewelry inspired accents. It has a smaller 1.19 inch 390×390 AMOLED display, and a smaller casing at 42mm. As mentioned, pricing starts at $350 for either variant and goes up depending on options. Sales are available from MichaelKors.com (Grayson — Sofie) and also from outlets such as Amazon. (Grayson — Sofie)

In Android Wear’s continued push into the fashion industry, fashion brand Diesel has recently debuted its first smartwatch. The Diesel ON Full Guard is a pretty big watch at 48mm across, but it features a design you won’t find on any other smartwatch at the moment. The “rugged” design of the watch makes room for a fully-circular display of an unspecified size and resolution, as well as three buttons along the right side of the device.

You’ll also get a leather band with your purchase with a different design depending on your preference. Some models are available with stainless steel link bands for an extra $25. 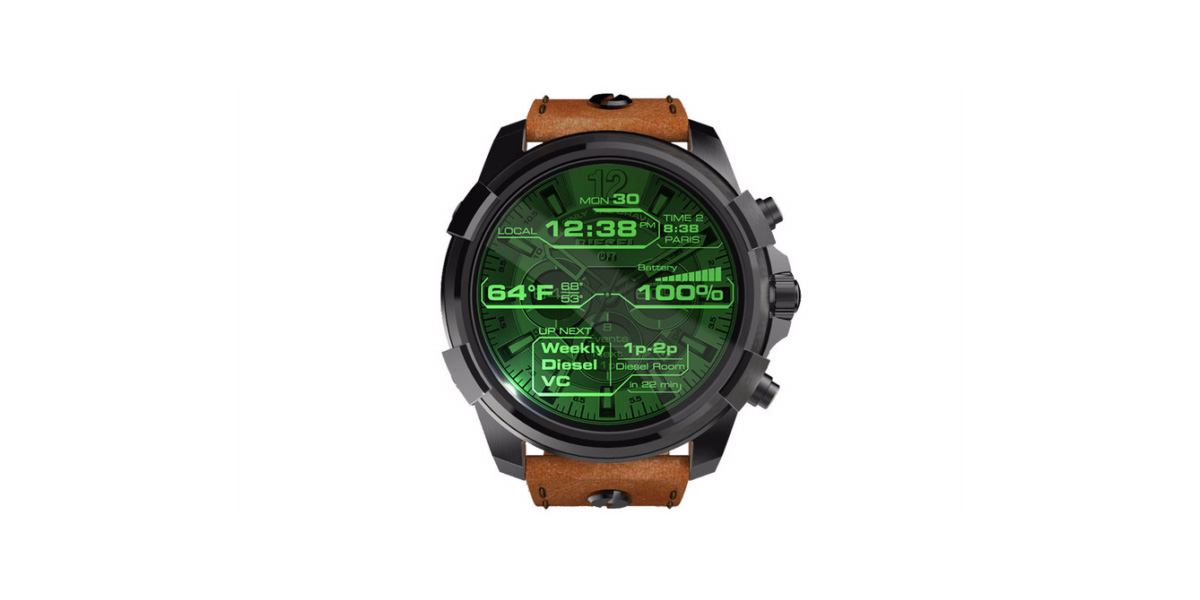 Pricing for the ON Full Guard starts at $325. The watch is available now from Macy’s, Amazon, and several other outlets both online and at retail.

Since we’re talking about Android, we have options to look at that aren’t Android Wear, and one of those is the Fitbit Ionic. The first proper smartwatch from the fitness-focused brand may not be as gorgeous as most Android Wear offerings, but it makes up for that with fitness features and improved battery life.

The Ionic packs all the typical fitness features you’d expect such as a pedometer, heart rate monitor, sleep tracking sensors, and even built-in GPS for keeping track of runs. Better yet, it’s water-resistant to the point where it can track swims, and it even has some personal coaching features on the touchscreen. 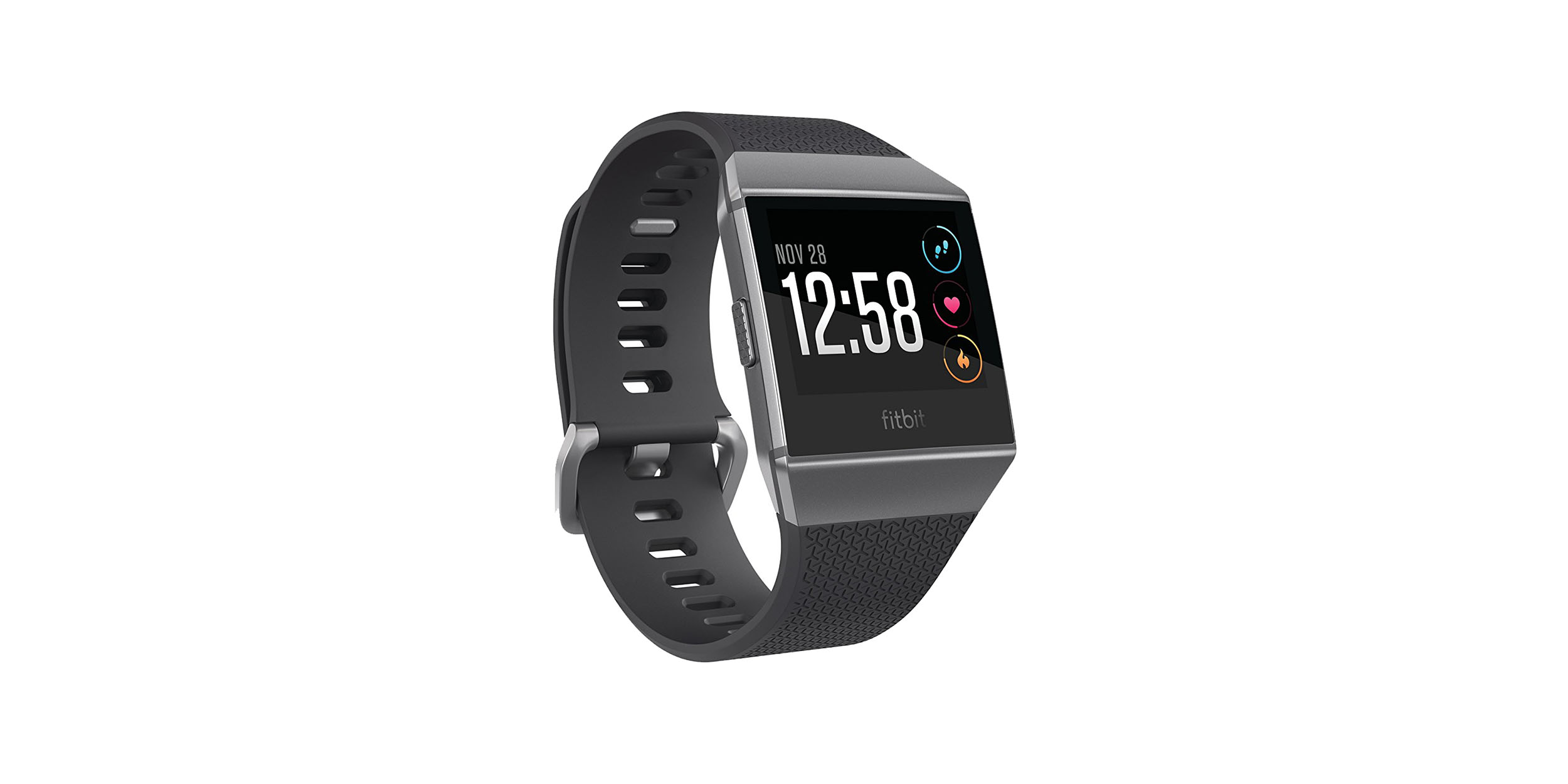 Aside from fitness, though, the Ionic packs full support for typical smartwatch features, including notifications from basically any app on your phone. There’s even an app store with popular offerings such as Strava, Starbucks, Pandora, and more. There’s also built-in NFC payments through “Fitbit Pay” with support for Visa, Mastercard, and AMEX debit/credit cards.

Fitbits promises about 4 days worth of usage out of a single charge with the Ionic. The device is available in three colors — Charcoal & Smoke Gray, Slate Blue & Burnt Orange, and Blue Gray & Silver Gray. Bands are interchangeable and the watch sells for $299 outright. It’s available now from Amazon and other popular online retailers.

Another option outside of the Android Wear ecosystem comes from Garmin. The Vivoactive 3 is another fitness-first smartwatch, but with some interesting features on board.

It packs support for 15 different types of activity tracking, a heart rate sensor, built-in GPS, and battery life that the company claims can last up to 7 days on a charge. The display is a special “Chroma” display which is designed to still be fully visible in direct sunlight. 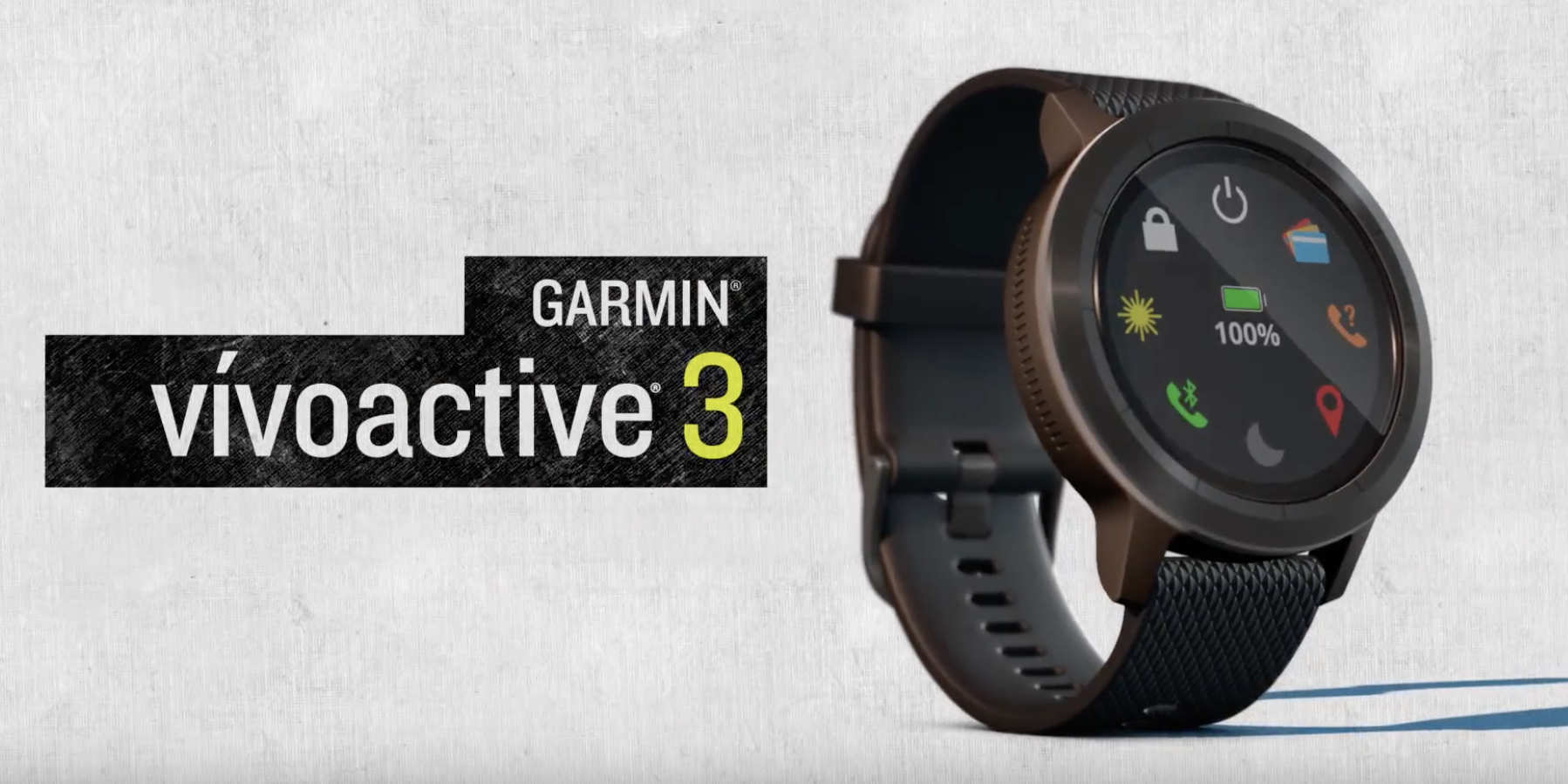 The Vivoactive 3 of course also supports notifications from your smartphone, the ability to reply to messages, and a handful of apps and watchfaces. Its best feature, though, comes in the form of Garmin Pay, which uses NFC to enable mobile payments. You’ll have to use a Visa or Mastercard credit or debit card, but once set up, you’ll be able to make payments anywhere Android Pay is accepted.

Pricing on the Garmin Vivoactive 3 starts at $299 depending on the model you select.

If you’re looking for the best design out there today, one watch that should be on your list is the Movado Connect. Powered by Android Wear, the Movado Connect offers up a minimalistic design, but quite a few feature you’d want.

First and foremost, the Movado Connect runs on top of the standard Android Wear specs package — a Snapdragon Wear 2100 processor, 512mb of RAM, and 4GB of storage. It also includes a 1.39-inch 400×400 AMOLED display, 300mAh battery, and a typical array of sensors including an accelerometer and gyroscope. There’s also an ambient light sensor here and support for NFC, meaning you’ll be able to use Android Pay with this watch. 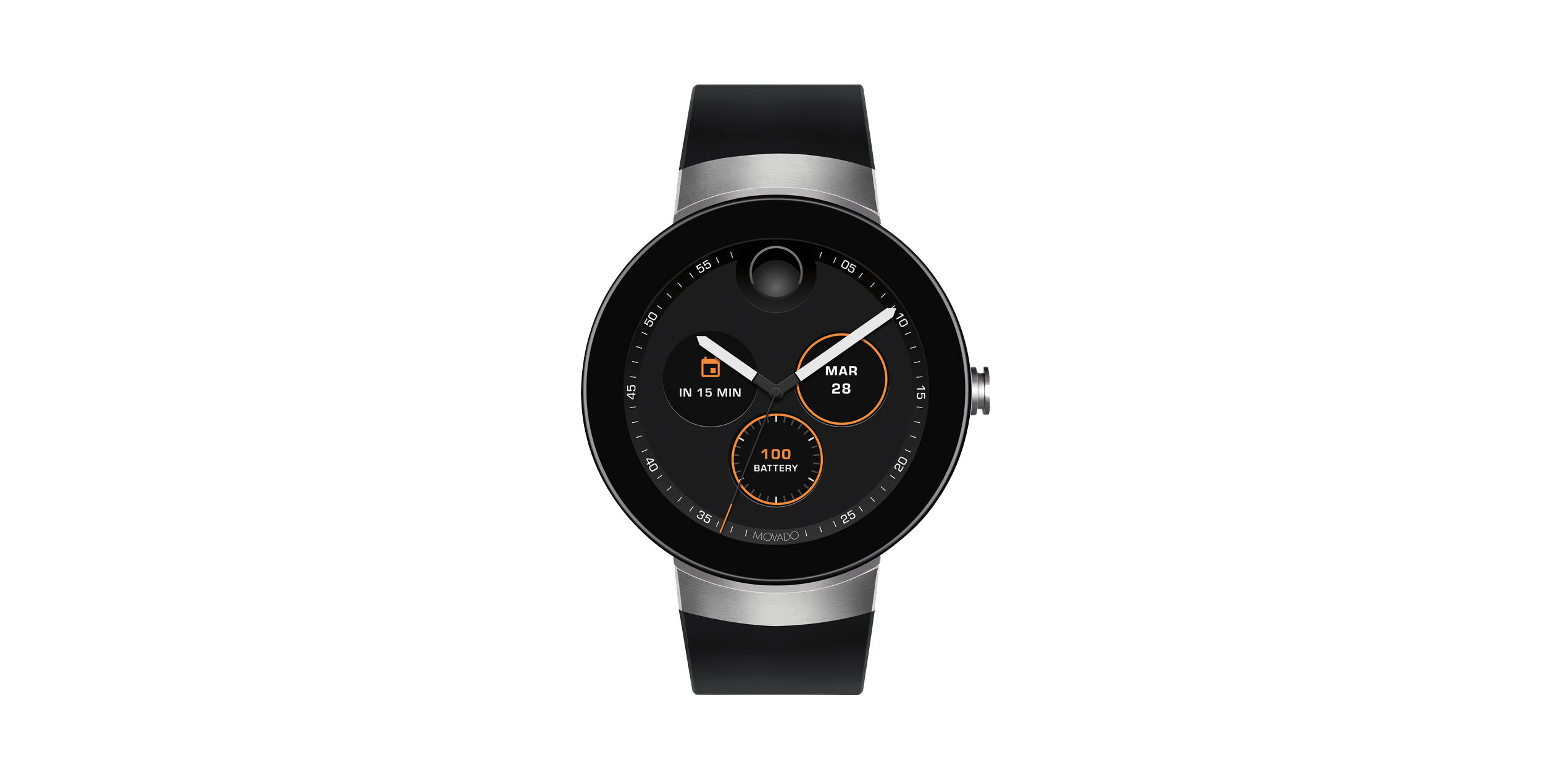 If you ask me, this is one of the classiest watches you can buy with Android Wear today, but it comes at a cost. You’ll need to fork over $595 to get the Connect on your wrist, and it’s available from Movado’s website as well as Kay Jewelers.

Pricing for the Huawei Watch 2 starts at $299 and includes 10 weeks of Google Play Music for free. That model is available now from various retailers including Best Buy and Amazon.

Unfortunately, there’s now only one place to buy the LG Watch Sport since Google purged Android Wear from its store — AT&T. There, you’ll be able to get the Watch Sport for $17.50 a month or for free with a 2-year contract.

The base model is crafted from polished stainless steel with a premium calfskin leather band. Other models are available with a titanium casing and alligator leather straps, but they do up the cost quite a bit. All models have a 46mm casing that is 12.5mm thick. Battery life is rated at a day and the watch is IP68 water/dust resistant.Pricing for the Summit starts at a lofty $870 and goes well up from there. Currently, the only place to buy the watch online is via the outlet Mr. Porter, but it’s also available anywhere Montblanc smartwatches are sold in retail locations. 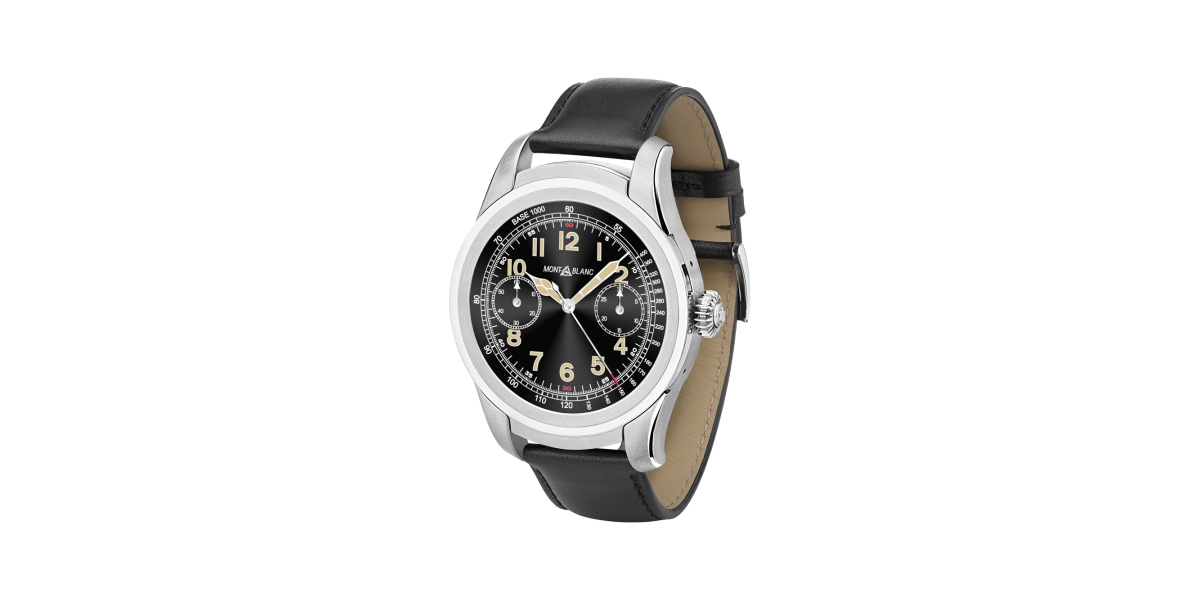