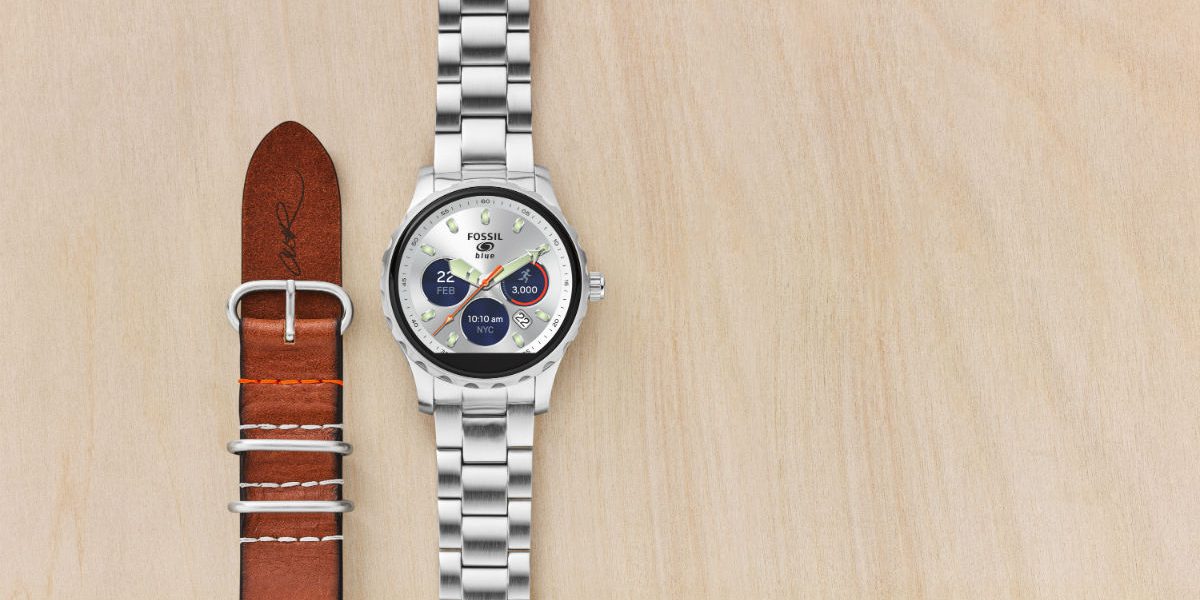 Cory Richards, if you’re not aware, is a popular wildlife photographer for National Geographic and a big fan of Fossil watches, hence the collaboration between him and Fossil.

This new smartwatch isn’t all that different from Fossil’s other models, but it includes some nice design tweaks inspired by the Fossil Blue watch, of course with a display that includes various pre-loaded watch faces. From what we’ve seen so far, it’s a pretty nice design, although it does still retain the flat tire display.

Fossil will also be including the choice of either a metal or leather band with this watch, and the watch itself will be a limited edition model. Pricing is unknown at this time but we won’t have to wait long to find out as sales kick off on March 27th.

From Fossil Blue to Fossil Q: Fossil announces its first ever smartwatch collaboration with famed photographer and adventurer Cory Richards

An adventurer, storyteller, and most importantly a true creative at heart, Richards was the exact partner Fossil hoped to work with for its first-ever Fossil Q collaboration. Richards clearly remembers his first Fossil watch, which is what made this collaboration so uniquely personal. He received a Fossil Blue watch in his early twenties and wore it everywhere, even while climbing in Yosemite. On that trip, he cracked the crystal but it still kept perfect time. On his first sea-kayaking trip to Australia, the watch filled with saltwater and rusted over. He still kept the watch, and even had it framed, as both a sentimental keepsake and also as a memento of the journeys it had been a part of. “The watch became a moving piece of art. It didn’t say what time it was but where I had been and what I had done,” said Richards.

With this spirit of adventure in mind, Richards worked with the Fossil design team to create a wearable as a salute to his iconic original Fossil Blue watch. The limited edition Fossil Q x Cory Richards touchscreen smartwatch blends the best of smart performance and a striking design. With Android Wear powered functionality that connects to your phone and an always-on display, you’ll receive alerts right on your wrist, as well as timely information from Google Now (like traffic alerts, directions and weather updates) and notifications of incoming calls, texts and emails. The built-in activity tracker counts steps, distance and calories burned—whether you’re biking around the city or trekking to the top of a mountain.

Inspired by the aesthetics of the original watch, this smartwatch features customizable faces with light silver, blue and black dials, and splashes of orange on the second-hand and sub-eyes that can be customized with a swipe of your finger. The unique case has been updated with a rugged topring to offset the streamlined silver-tone case and bracelet. An interchangeable leather strap complete with Richards’ signature tops off this one-of-a-kind design.

“It’s a beautiful tribute to the original piece with the modern design features you’d expect in a smartwatch,” Richards said.

A climber and visual storyteller, Cory Richards is on the Eddie Bauer athletic team and a National Geographic photography fellow—a designation reserved for only a handful of people described as those whose work “transcends the art of photography, taking them on journeys to the world’s most remote places and often placing them in great danger —in order to tell the stories that need to be told.”

Richards aims to capture the spirit of adventure and the complex relationship we have with nature. His work has taken him to the extremes of our planet—from Franz Josef Land for a firsthand look at climate change and its immediate effects, to Antarctica, where he and a team of explorers would make a first ascent on the continent’s highest peak. He turns his lens on ancient mysteries and science, as well as the ongoing struggle between cultural traditions and a growing, warming planet.