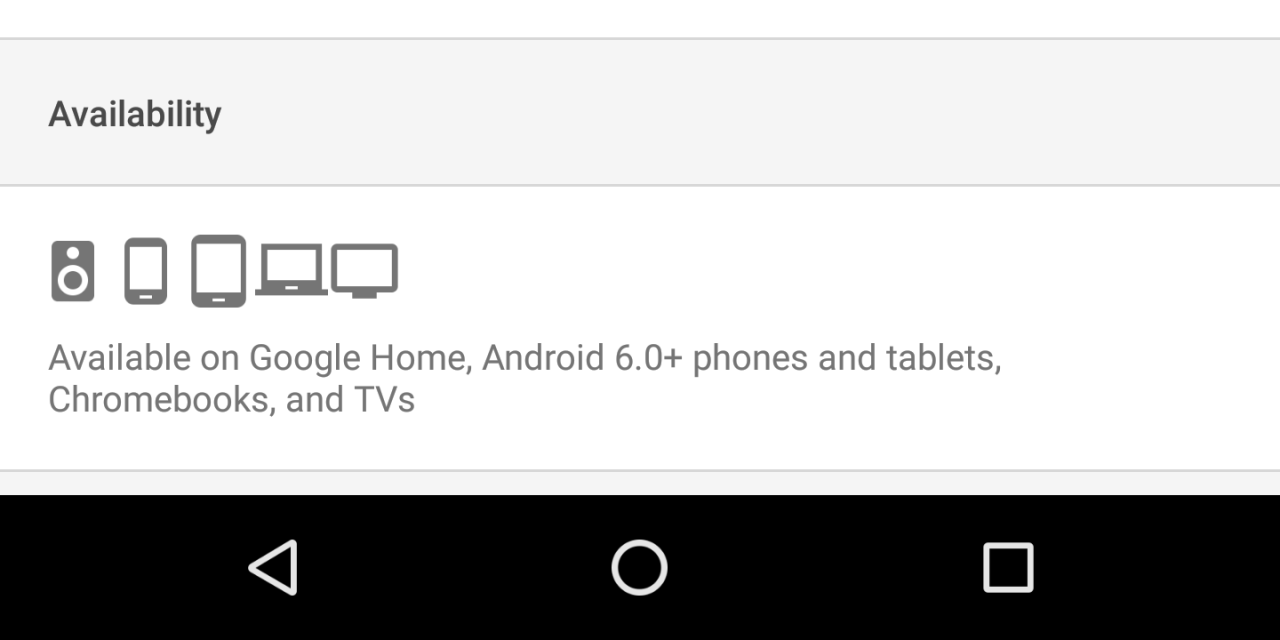 A month ago, version 7.14 of the Google app included the first references to Google Assistant for tablets. That functionality is likely nearing a launch as the latest beta of the Google app now lists Assistant as available for the category of larger devices.

The reference to tablet support can be found by heading to Assistant settings and then any of the Services. Scrolling below to the Availability section for Music, Home control, or News will reveal that those Services are available on Android 6.0+ tablets. Additionally, the row of device now includes the tablet icon we spotted earlier.

For context, Assistant for Chromebooks was first revealed by an Assistant app listing from Google noting that new form factor.

However, we’ve installed version 7.16 of the Google app on a compatible tablet, but unfortunately it still launches the old Screen search/Now on Tap feature. Given the addition to Services, it’s likely that a rollout is coming shortly.

Shortly after launch, Google commented that Assistant was initially only available for phones. Given that Assistant is now available on TVs and Chrome OS on the Pixelbook, this addition will be long overdue.

Version 7.16 also increases the height of the Google app’s bottom bar. Last week’s rounded redesign introduced new icons for the bottom bar, but kept the previous height. With this update, the bottom bar adds some extra vertical spacing. It’s a minor change, but does improve the look especially on devices that now have light navigation bars to counter burn-in on the Pixel 2 XL.