Initial rollout of Assistant does not include tablets, as Google site revamped with tips On Marshmallow and Nougat devices in the US, Google Assistant is fully rolled out with one notable exception. As implied during the announcement of Assistant’s expansion, it is not coming to tablets. Additionally, Google’s Assistant website has been updated with tips, as well information about which commands work on each platform.

Last month, Google only made reference to Assistant soon coming to phones. In a statement today to Android Police, the company explicitly notes that the current rollout “does not include tablets.”

The Assistant will be available on Android Marshmallow and Nougat phones with Google Play Services, this does not include tablets.

This omission is strange given how Screen search has long worked on the larger form factor.  One doesn’t expect the interface to be too varied, with Now on Tap only appearing as a phone-sized slide-up window at the bottom of the screen.

It’s not immediately clear what the obstacle to bringing Assistant to tablets is, unless a more optimized experience is being worked on.

With Google Assistant now available in four platforms following the rollout of Android Wear 2.0, it is quite confusing what voice commands will work. Google has since updated its official Assistant site with a useful ‘What can it do’ section.

Broken down by category, each card features icons for phones, Home, and Wear to note where each command will work. Hopefully, feature parity is coming sooner than later. 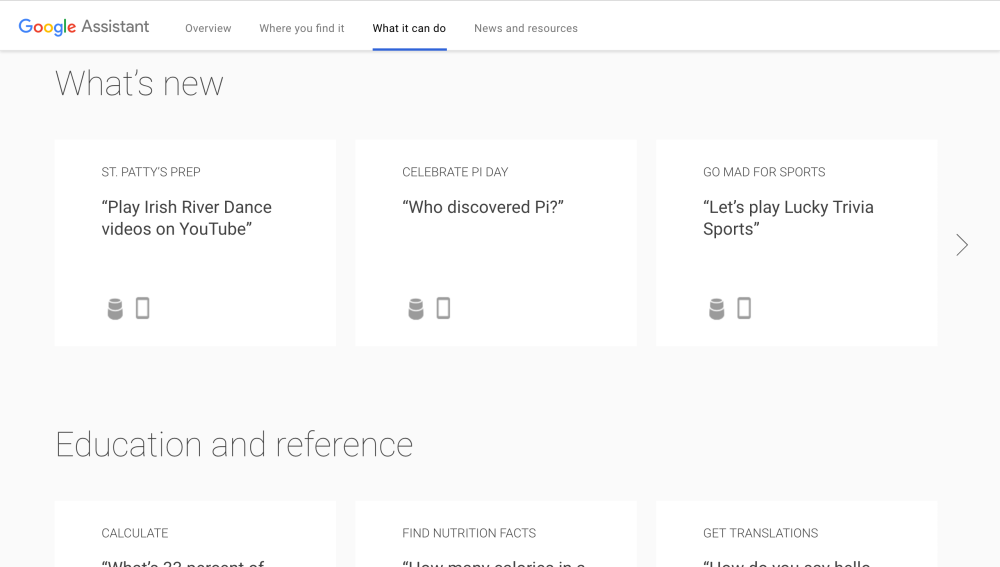