‘Made by Google’ Gift Guide: These Google products will brighten anyone’s holidays

Google’s hardware lineup expanded greatly this year, and this holiday season perhaps marks the first time that there’s actually been enough Google hardware to choose from that you might want to pick and choose. Between Chromecast, Google Home, Pixelbook, Pixel Buds, and more, there’s definitely some standouts that are obviously great gifts, and some you might want to pass on…

The first Google hardware product that must be mentioned predates the Google Home, the Pixel lineup, the Daydream View headset, and pretty much everything else Google sells today. Yep, it’s the Chromecast, the awesome little do-it-all dongle that has become the behind-the-scenes centerpiece of the living room television experience for millions — Google and Apple fans alike.

The Chromecast, for those that don’t know, is a small dongle that lets you “cast” content form your other devices to the big screen. You’ll find the cast button integrated in just about every media streaming app you could want — it’s compatible with iPhone, Android, and even works with your desktop and laptop PCs via the Chrome browser. Whether its your Android phone screen, the Netflix app on the iPhone, or a web page on your computer, you can cast it all using Google’s little adapter.

The most attractive thing about the Chromecast is probably its price point, coming in at just $35 a piece on the Google Store. Seeing as the current generation Chromecast came out all the way back in 2015 (don’t let that deter you — it’s still great), we have also seen them as low as $20 this holiday season. So keep your eyes on 9to5Toys in case we sport any other deals before Christmas.

Don’t get me wrong; the Google Home — the proper, full-size Google Home, that is — is a great gift idea. Especially at the prices we’ve seen this year, it’s a no-brainer if you’re willing to pitch just a little bit more cash to get those better speakers and a fully-capable touch-sensitive top. But if you want to grab an affordable little stocking stuffer without thinking about finding a deal, the Home Mini is great. 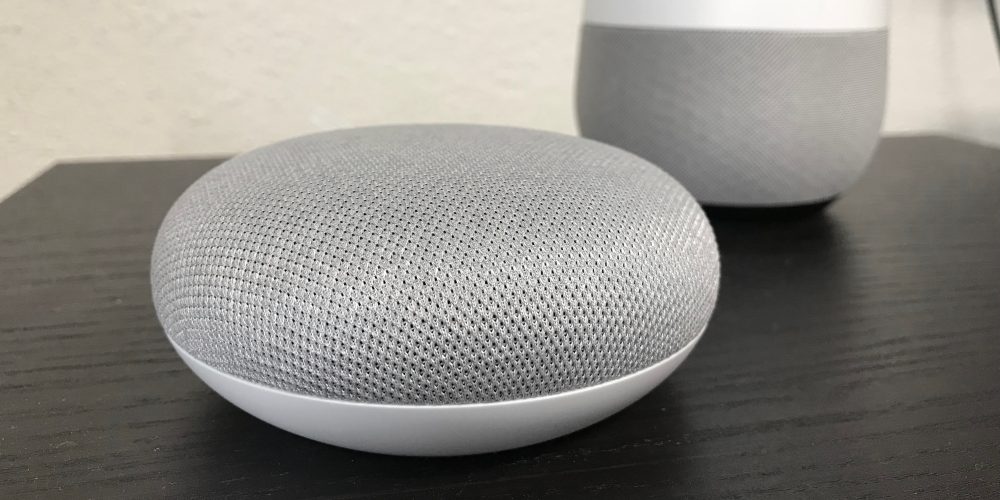 Google introduced the Google Home Mini at its October 4th event earlier this year, and the biggest differences between it and the original Google Home are the size of its speaker — it’s definitely not as loud — and the price point. The Google Home Mini comes in at just $29 through the Google Store between now and the end of the year, making it a perfect stocking stuffer for a tech-lover.

The great thing about the Google Home Mini is that it would be pretty much impossible to mess it up as a gift. If the person you’re giving it to already has a Google Home — great! Now they have a Google Home Mini for the bathroom, or the bedroom, or even the car. The point being: I’d recommend that just about everyone have one of these in every room in the house, so you can’t give too many!

This is one that probably doesn’t come to mind when thinking about buying gifts. A thermostat for Christmas? Who would want that? But the reality is that the smart home and the internet of things is a utopian future to many tech savvy people in your life, and chances are they might not have made the plunge yet to replace their rusty old dial with an app-compatible 21st century invention.

The Nest Thermostat E launched earlier this year as a more affordable and, in my opinion, more modest and clean-looking, version of the original famed Nest Thermostat. The Nest is well-known as compatible with just about any home wiring set up, so I wouldn’t worry about that, and anyone on your nice list for this would probably jump at the opportunity to rewire their house if need be.

At $169 on the Google Store, this is the lowest price for gifting a new Nest thermostat we’ve ever seen at the holidays, so this might be the year that you give the gift of power-saving, automatically-adjusting, app-controlled home climate to the person in your life who might enjoy that kind of thing. Along the same vein, there’s also the $200 indoor Nest Cam that’s worth considering.

Last December, I gave the Google Wifi 3-pack to my in-laws. Long story short, it fixed all of their Wifi woes and is easy enough to get set up and troubleshoot that they’ve only had a couple problems in the year since — and they didn’t even need me to get on the phone to help them. Even if for just that perk, giving the Google Wifi was a fantastic gift to both them and myself.

I just can’t recommend the Google Wifi enough. If your family is still using an old WRT54G Linksys router that’s stuck somewhere deep in the bowels of their office and they, unsurprisingly, complain about how poor their internet connection is, then you can’t overstate how much of a blessing you will be to them by introducing a mesh Wifi system like Google Home to their home. 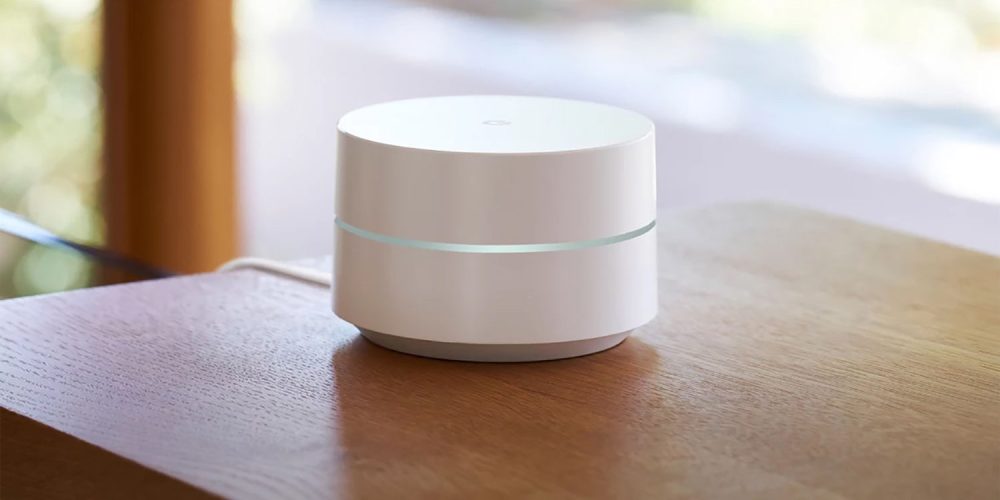 And the great thing about giving Google Wifi as a gift is that you don’t have to go all-in if you don’t want to. A single Google Wifi base station is just $119, and it itself would probably be an upgrade to the average home’s WiFi setup. But if your family has a large home and they definitely need a few of these things to get full coverage, you can save them some serious cash by getting the 3-pack.

I don’t think I could have wrapped up (hah) this guide without mentioning the Google Pixel, which in my opinion is the best Android phone you can buy this year. Basically, if the lucky person in your life who needs a phone is known to be that Android user in a primarily-iPhone family, they’ll most definitely won’t be disappointed if you get them the Google Pixel 2 XL. 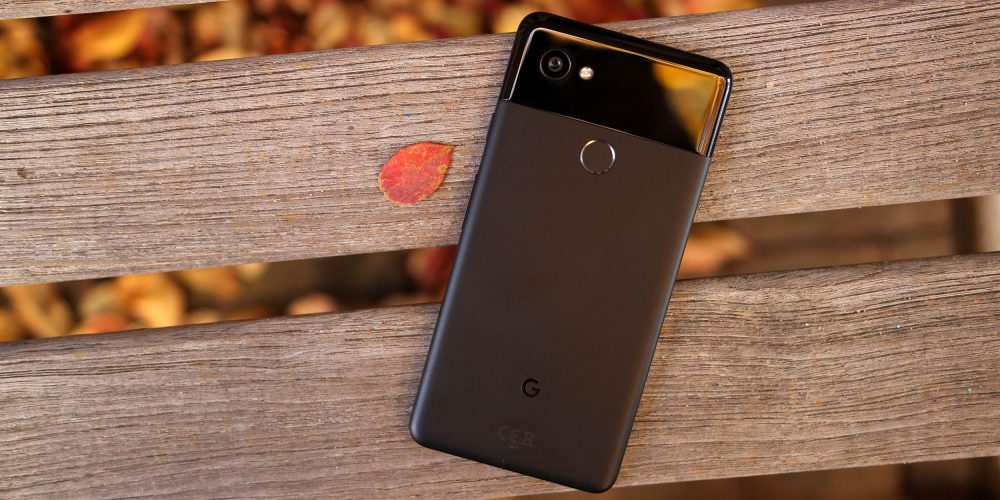 There’s been plenty of controversy about its screen and other minor flaws, but now just a month or two after its initial launch, things have pretty much settled down. Google’s pushed out a software update to fix weird color problems and OLED burn-in, the company has gladly replaced any 2 XLs with manufacturing defects, and I can now live on and recommend this phone wholeheartedly.

Basically, the Pixel 2 XL is one of the “big three” most popular top-end Android phones, a list which also includes the Samsung Galaxy Note 8 and the LG V30. In this writer’s definitely-biased opinion, the Google Pixel 2 XL is the best of the bunch, and perhaps the best phone you can buy, period. Top end specs, an amazing camera, smooth Google software — what else could you ask for?

The Pixel 2 XL is available via the Google Store starting at $849. If you want to really go above and beyond, get them the “panda” black and white model — it’s the real looker, in most people’s eyes.

While you can’t exactly go “wrong” with any of the products that Google sells over at its Store, there are definitely some things that make better gifts than others. The Pixel Buds, for instance, have been met with very mixed reviews — even to the point of our own Justin Duino returning them for the AirPods. And the Google Home Max is probably a bit extravagant for most at $400.

Other products, like the Pixelbook, have gotten raving reviews. But the Pixelbook, while I recommend it as a product in its own right, might not be the best option for under the tree. For one, it’s pretty expensive. But the more important factor, in my eyes, is that a laptop purchase is undeniably personal — you don’t want to get someone a Pixelbook if they need to use Final Cut.

Then there’s Clips, which just isn’t available yet. Overall, though, it’s remarkable to see how far Google’s hardware department has come in the last couple of years. Pretty much nothing with the “Made by Google” branding would be met with disappointment — not even the subpar things. (Except Daydream View, that thing will end up in a drawer after being used just twice.)