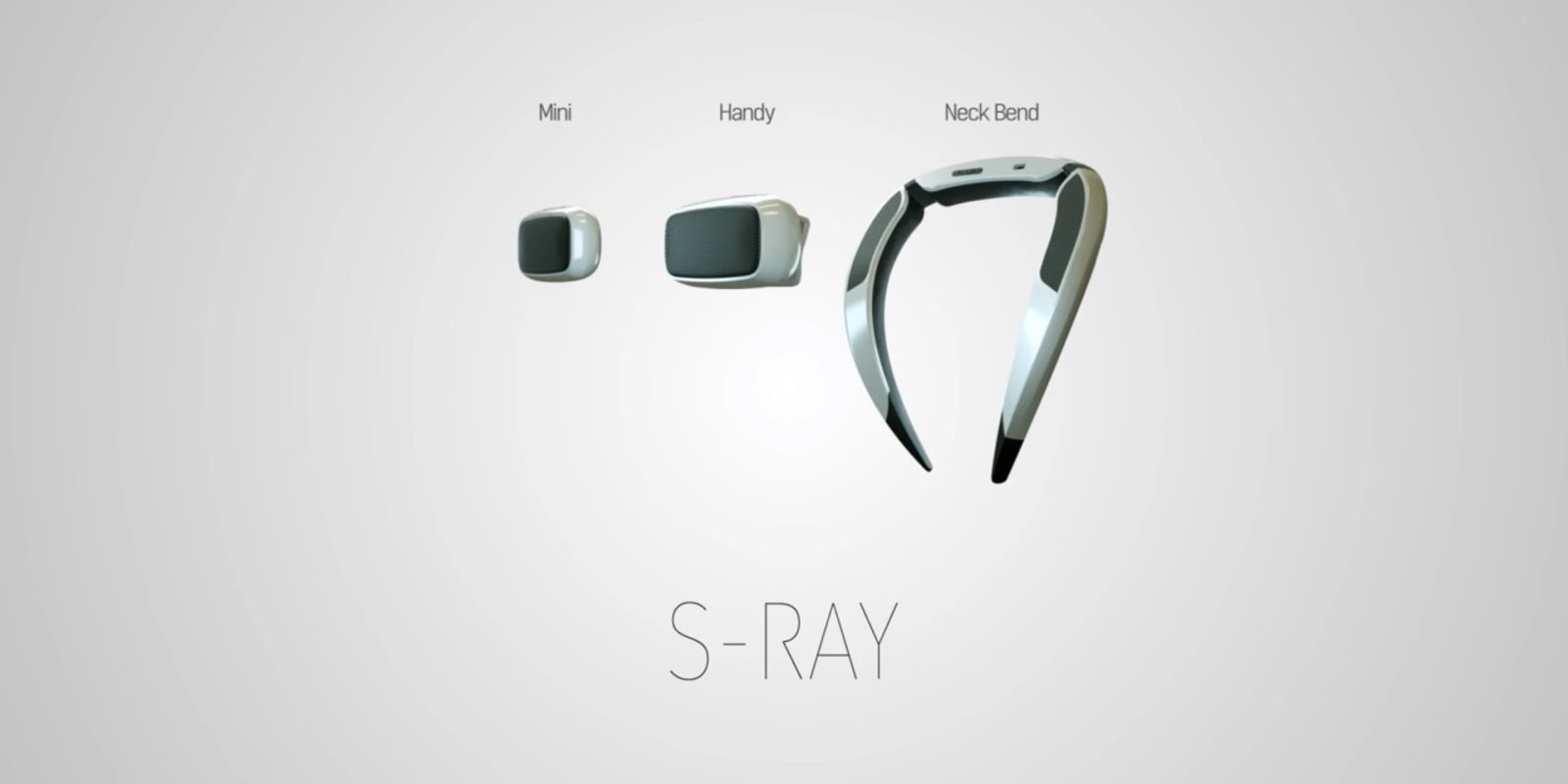 Started five years ago, Samsung’s C-Lab will once again demo its latest gadgets at CES. This year’s three new projects have an interesting medical focus and apply technology to improve day-to-day health.

The first project is a portable directional speaker appropriately named S-Ray. These audio devices are aimed at delivering sound without having a physical object in your ear canal by focusing the audio projected at a user. This is aimed at reducing ear strain, with Samsung also touting the safety benefits of being better able to hear the environment.

At CES, Samsung is showing off Sound-Ray as a Neckband and two smaller portable rectangular designs that can be clipped on to clothing and smartphones.

With Relúmĭno, Samsung is tackling visual impairment. Of the 253 million people around the world with such an impairment, only 14 percent are blind, while the rest have varying degrees of low vision and are able to determine the difference between light and dark.

Given the cost of existing visual aid products, Samsung turned to smartphones and Gear VR headsets in 2017 to correct vision. Various modes help people better distinguish the outlines of objects, read by inverting text, moving blind spots, and reducing glare. Given that VR headsets do not work well outside, the team created portable glasses that utilize a smartphone’s processor and battery for a light and comfortable wearable.

The smartphone processes images from videos projected through the camera of the glasses, and the processed images are floated into the display of the Relúmĭno glasses to help the wearer see things better.

The last project reflects the increasing trend of smartwatches and fitness trackers that feature breathing exercise functionality. Aimed at those who have undergone surgery, GoBreath consists of a device and app that teaches “patients basic techniques such as inspiration, coughing or deep breathing.”

Patients can refer to exercise guidelines and check how well their lungs have recovered through the app. GoBreath even offers a web and cloud service for doctors to help them monitor their patients’ recovery progress as well as provide reminders to practice.

Besides allowing Samsung employees to pursue “innovative new projects,” CES this year will also show off products from seven start-ups that have been spun-out from the Creative Lab.