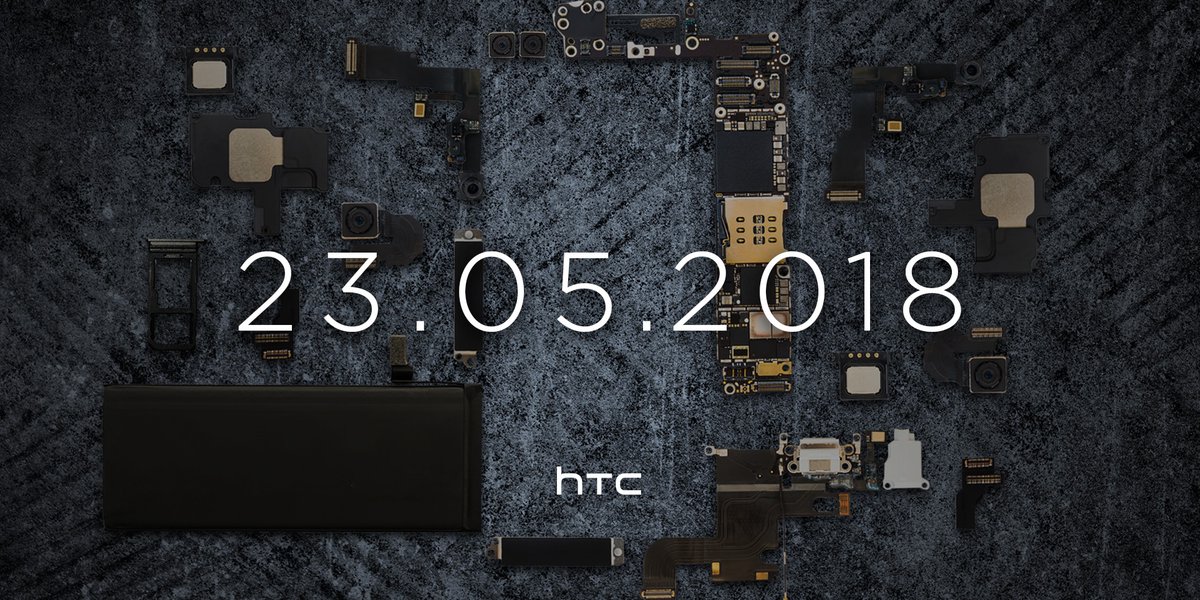 HTC has been eerily quiet when it comes to smartphones for the past several months, but we’ve known for quite a while that the company has a new flagship in the works. Today, HTC has finally given us a date when we’ll see that new device – May 23rd.

In a brief teaser released on Twitter this morning as well as sent to members of the press, HTC has officially started promoting its next Android smartphone. The brief teaser first and foremost gives us an official date for when the phone will be unveiled, May 23rd.

The teaser image itself shows us HTC’s logo with various smartphones components surrounding it, presumably the various parts that are going to make up the alleged U12+. Notably, there are 4 camera sensors seen in this photo, as well as a fingerprint sensor, both details which we’ve gathered from leaks of the device.

Further, HTC says in the post that what we’ll be getting is “a phone that is more than the sum of its specs.” While that could mean anything, it probably means HTC is trying to go more of a Pixel route with this device, focusing more on selling the device based on what it can do, and less so on what powers it.

Regardless, there’s a lot to be excited about with the HTC U12+. Previous spec leaks show off what should be a very capable phone, and if last year’s HTC U11 is any indication, we should be getting a killer camera here. It’s also worth noting that this is probably going to be one of the very few flagship devices launching in 2018 without a notch on the display as well.

Coming Soon. A phone that is more than the sum of its specs. pic.twitter.com/m2skJSK0qt