Notch-less LG V35 ThinQ leaks, might be the AT&T exclusive coming in lieu of the G7 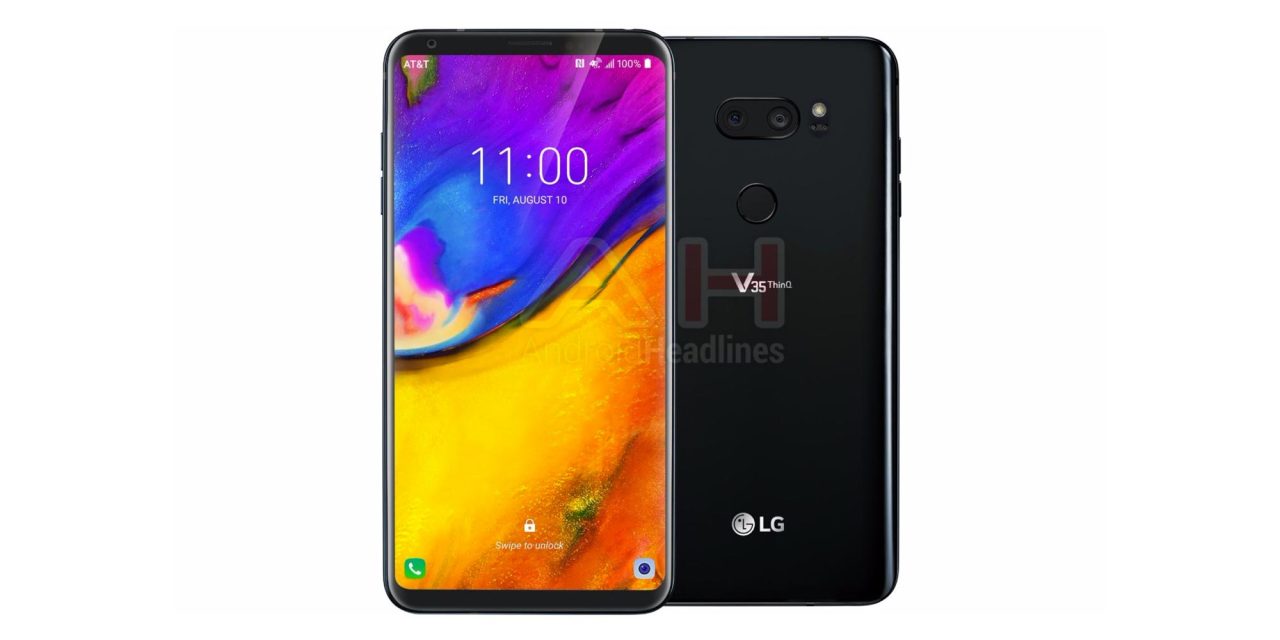 Just hours ago we learned from AT&T that it would not be selling the G7 ThinQ. Thanks to leaked renders of the forthcoming LG V35 ThinQ and a healthy dose of speculation, it looks like this might the AT&T-exclusive phone that the carrier will carry instead of the G7 ThinQ.

Late last month, Evan Blass took to Twitter to announce that the LG V35 (codenamed Emma) would be arriving at roughly the same time period as the G7. This didn’t make sense at the time, but if the phone is coming as a replacement for the G7 on AT&T, this timeframe starts to make a little more sense.

Unfortunately, even though AndroidHeadlines supplied the below renders of the LG V35 ThinQ, they weren’t able to confirm any additional information regarding specs, release date, or if it is, in fact, the AT&T exclusive.

Looking at the renders themselves, we can see that the V35 keeps the design characteristics we’ve seen of older LG flagships. What’s primarily different between this handset and the G7 is the fact that there’s no notch in the display, the power button appears to remain with the fingerprint sensor, and there’s no physical Google Assistant/Lens button.

AH speculates that we could potentially see the LG V35 ThinQ announced or released on August 10 as that is the date shown on one of the renders.