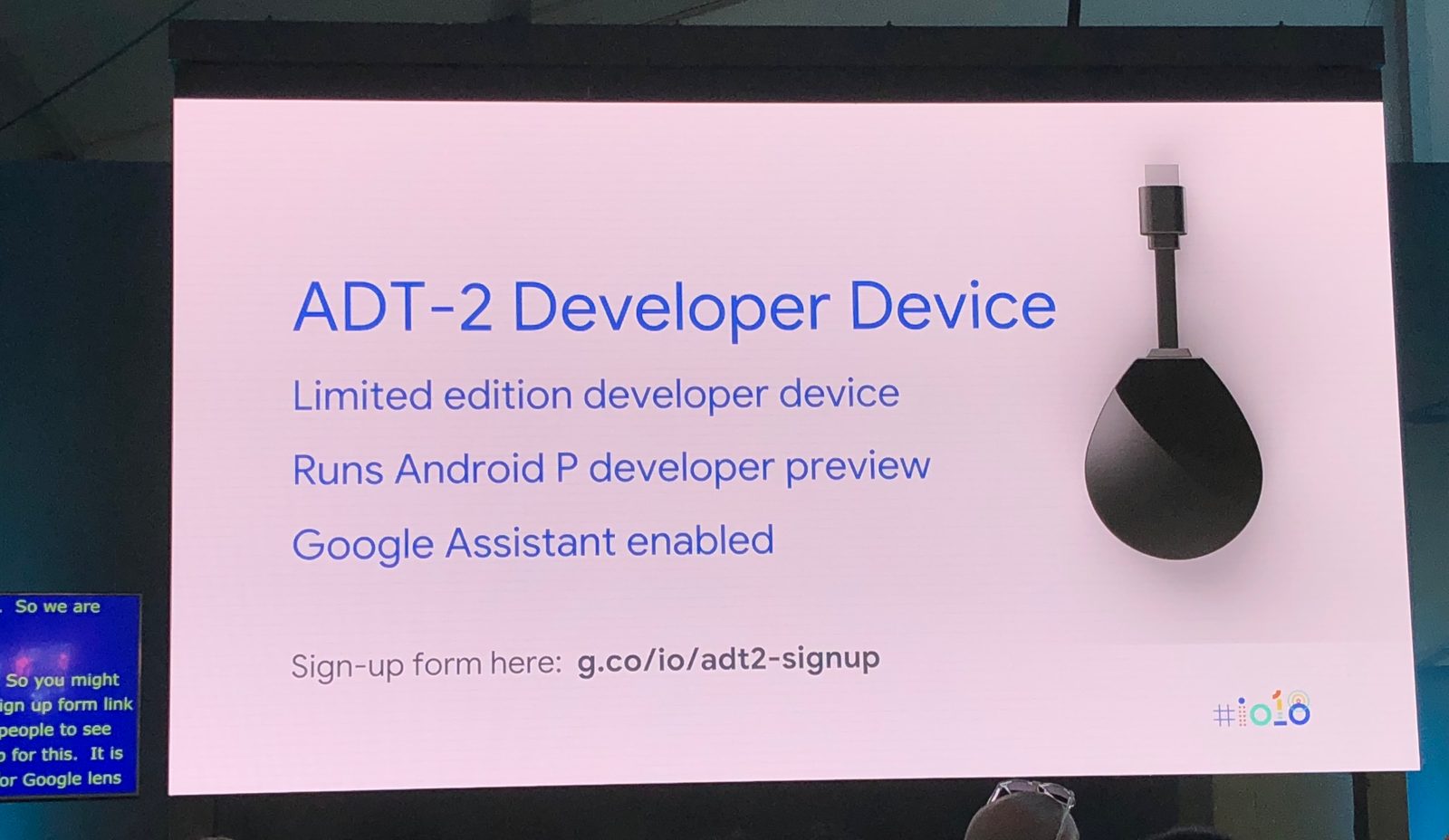 Toward the end of the main Android TV session at Google I/O 2018 today, Google announced the successor to the long-forgotten ADT0-1. It’s appropriately called the ADT-2 and serves as the latest hardware for Android TV developers build and test their apps.

Unfortunately for those that would love to have a Chromecast-like Android TV dongle attached to their TV, this is the mysterious Android TV dongle that passed through the FCC last month. The fact that it’s “limited edition developer device” means that you can’t buy it.

On the functionality and features front, it’s what you would expect out of a new developer device. It runs the latest developer preview of Android TV on P, and it has Google Assistant built-in. And since Android P on TVs focuses on performance on low-power devices, I’d assume it works pretty well.

You can sign up to receive one here, and Google will reach out to you if they deem you worthy. You’re probably not worthy. But maybe you are. Good luck!