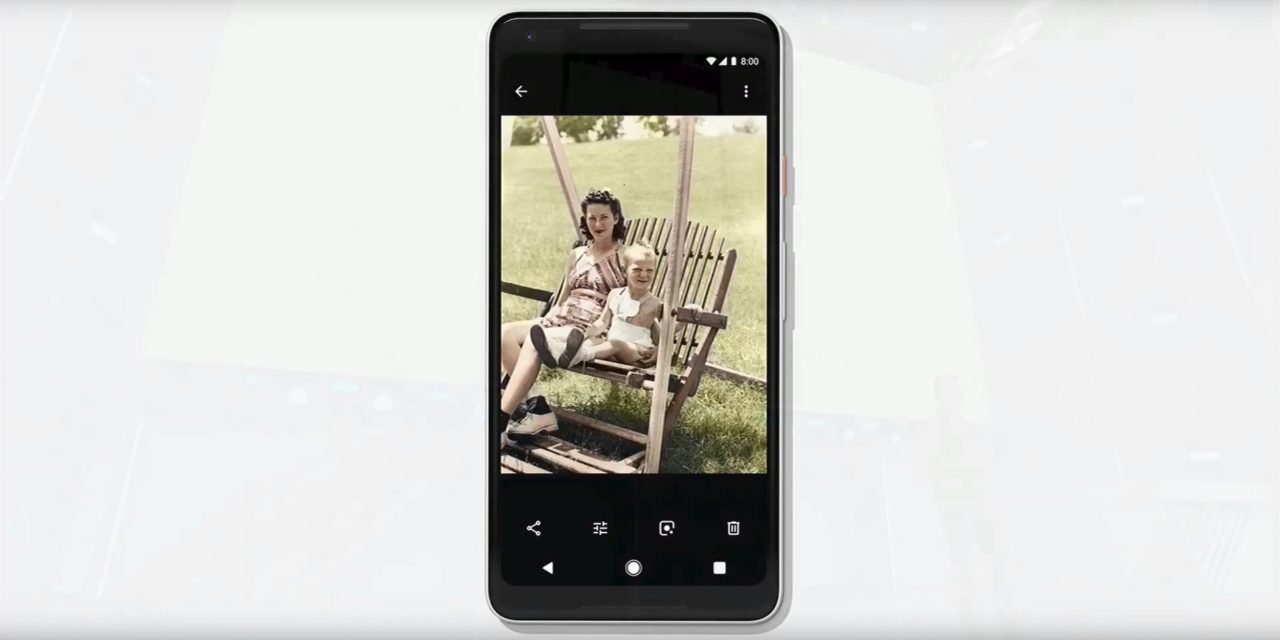 Google took the stage at I/O 2018 and announced that it will be adding new AI and automated suggestions for editing backed up images. These new recommendations are called Suggested Actions…

But that’s not all. In the coming months, Google Photos will also automatically edit some of your images to make the subject pop. To do this, it will make the background black and white while keeping the person in color.

Lastly, two other new features will be coming eventually. The first of which will be able to detect photos of documents and converting them to a PDF. The other future update will be able to color old black and white images.

It's easier than ever to take action on your pictures in @googlephotos. Rolling out today, you may start to see suggestions to brighten, archive, share, or rotate your photos, right on the image. #io18 pic.twitter.com/NPT0l0GuBy