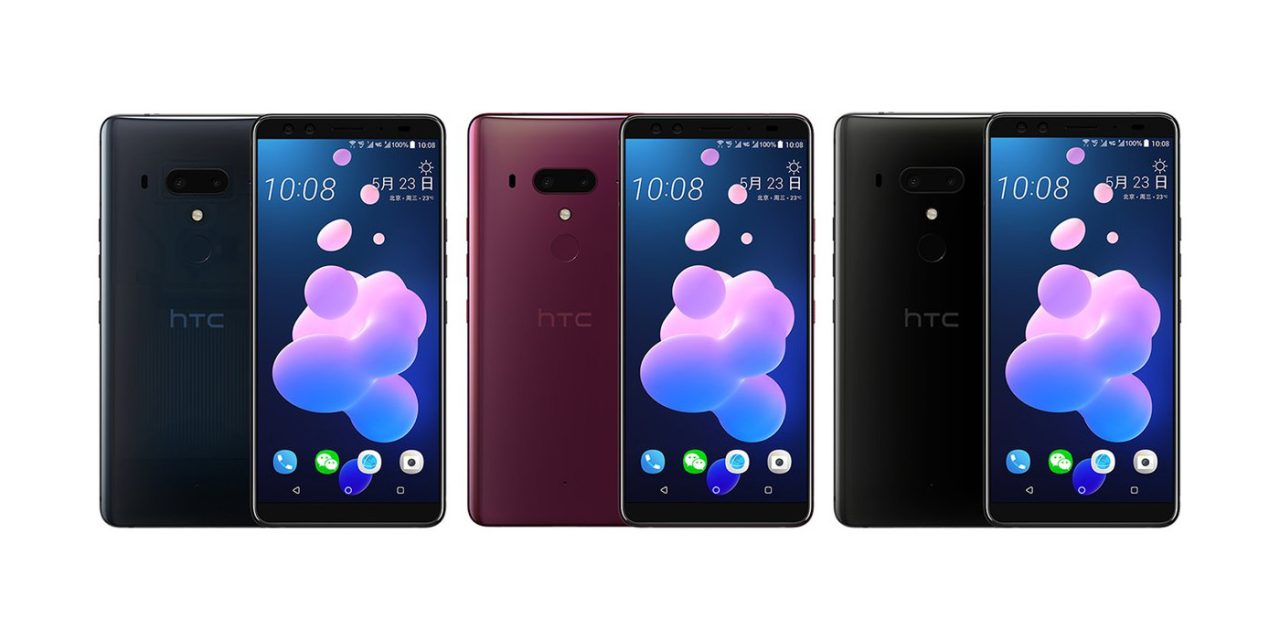 We’re just a couple of weeks away from the debut of the HTC U12+, and leading up to the launch we’ve heard a lot about this phone. Today, one of the biggest leaks yet is giving us a new look at the design, as well as a huge list of specifications…

Posted to Twitter today by well-known leaker Evan Blass, we’ve got a brand new render of the HTC U12+ as seen above. This new image shows off the device in three different color variants. These colors aren’t named at the moment, but it’s great to see that HTC appears to be bringing back the translucent design it debuted last year on a U11 variant.

Further, this new image gives us a better look at the bezels around the phone’s display. While things aren’t razor-thin like we’ve seen on other devices recently, HTC has slimmed things down a lot from past devices, and there’s a very HTC aesthetic with the lack of curved corners on the display. The image also shows off the cameras yet again, with dual setups on the front and back.

Along with the leaked images, Blass has also delivered a set of specifications for the HTC U12+. In what appears to be an embargoed press sheet, we’re seeing everything the phone has to offer. That includes the Snapdragon 845, 6GB of RAM, and 64/128GB of storage we’ve been expecting.

Along with that, though, the U12+ will arrive with Android Oreo on board with an upgrade to Android P. HTC’s wording here makes it seem like it may be participating in Google’s Android P Beta, but it seems a bit more likely that the company is simply promising an Android P upgrade. Either way, it’s great to see.

The spec sheet also teases “Edge Sense 2” which will apparently add options like “Smart Rotate” and custom gestures. The sheet also confirms camera specs, with a 12MP primary camera with HTC’s UltraPixel 4 tech, as well as a 16MP telephoto lens for portrait mode and zoom. Interestingly, it also mentions AR Stickers, but it’s unclear if those will be the same ones found on the Pixel 2.

You can check out the full spec list below for more, but to round out the notable specs here, let’s talk about battery life. HTC is throwing a 3,500 mAh battery into this phone. Combined with the 6-inch QHD LCD panel and the Snapdragon 845, that should provide solid battery life.

HTC has struggled to gain traction over the past couple of years, but the U12+ looks like a very solid offering. If the company manages to keep the price in check (i.e., make it much cheaper than everyone else), it could see some success here. Personally, I’m excited to see what it has to offer at launch…

What do you think of the HTC U12+ so far? Drop a comment below and let us know!