Comment: If Samsung actually does adopt Google’s Wear OS, is it even a good idea? 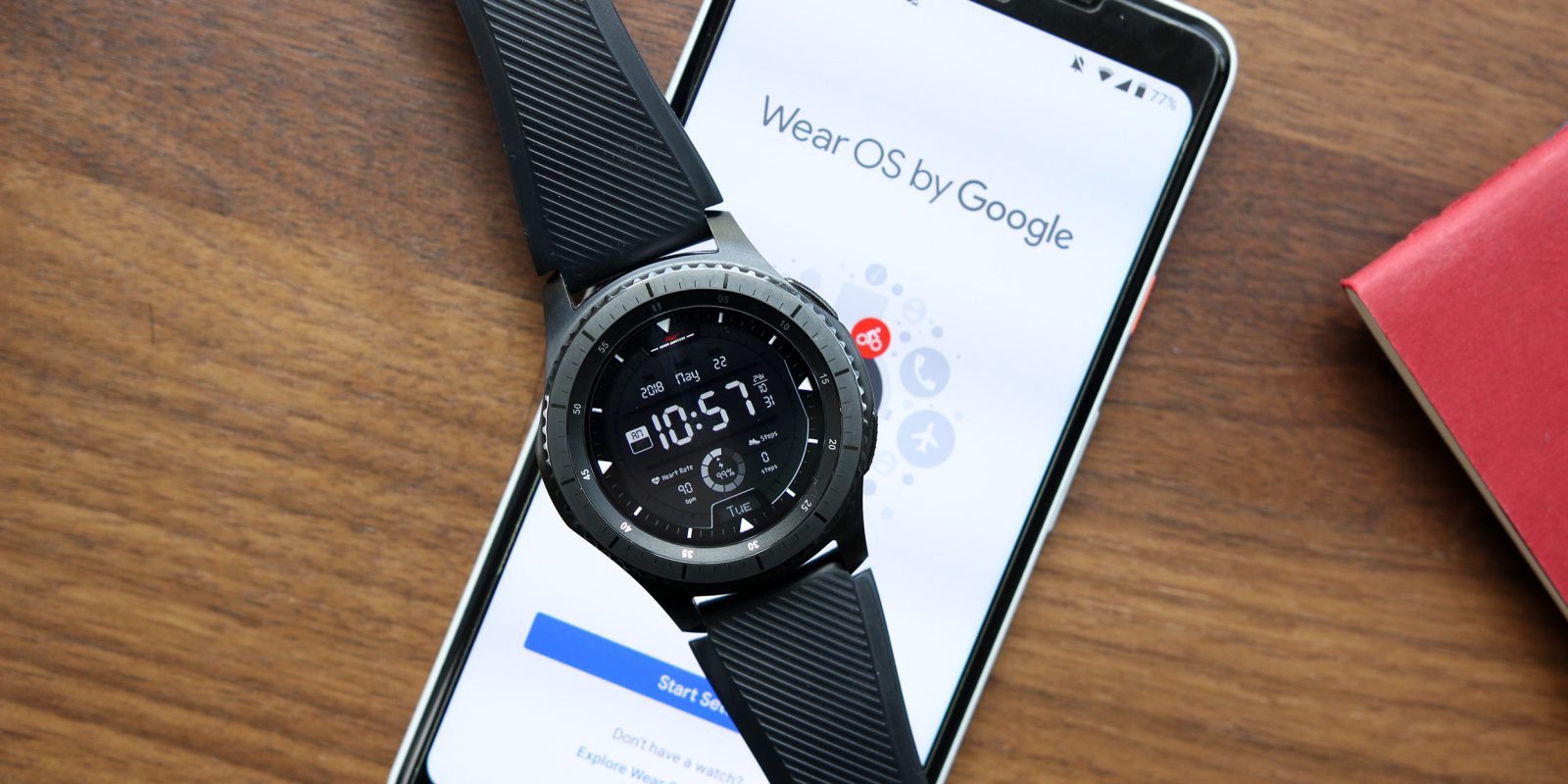 If you’ve been following the news today, you might have heard something about Samsung building a new smartwatch that runs Google’s Wear OS instead of Samsung’s own Tizen. For now, those rumors are pretty sketchy, so I wouldn’t take anything too seriously. That said, though, let’s take a look at what good, and what bad, might come of that sort of change…

To quickly recap the rumors floating around, a tipster on Weibo today posted that Samsung’s Gear S4 would arrive with the massive swap of Wear OS in place of Tizen. Samsung has been delivering Tizen on smartwatches since 2013 with the original Galaxy Gear. That same year, it also offered the Android Wear-powered Gear Live, which essentially flopped immediately. Samsung hasn’t touched Google’s wearable OS since.

So, why might Samsung potentially be considering this? Let’s reason it out.

What does Samsung have to gain?

App and watchface selection on Wear OS is light years ahead

The biggest advantage Wear OS has over Samsung’s is the ecosystem. As much as I typically don’t like using Wear OS devices, I will never argue about how deep the catalog of apps, and especially watchfaces is on Wear OS. The Play Store is absolutely loaded, and developers just keep making it better and better. The Gear S3 is my daily watch, but I only have 3 watchfaces I actually enjoy. On Wear OS, I have dozens of options I’ve collected over the years.

Samsung has tried to get developers on board, and we’ve even seen some major arrivals like Facer on Gear smartwatches, but overall it’s pathetic what’s currently available when you compare the two. Further, downloading and buying them is easier on Wear OS because it’s the same process as buying apps on your phone. Plus, the Galaxy Apps store is slow and infuriating. 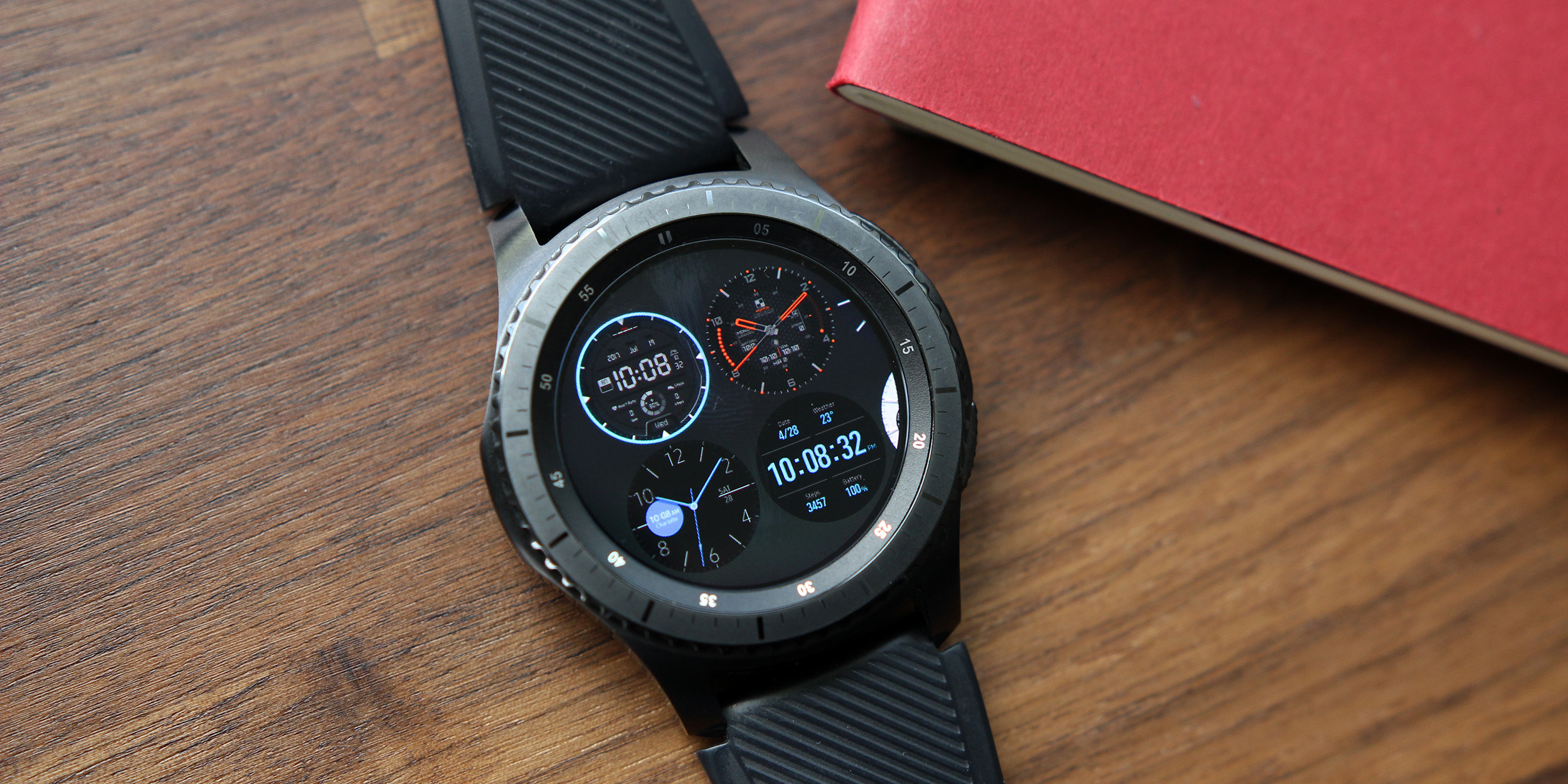 There is one big exception to this, though, and that’s Spotify. Samsung has some huge names in its store that Google simply doesn’t, and that includes a full-featured Spotify app that works offline and with Spotify Connect which is simply fantastic.

Set up on Wear OS is way easier for everyone

Another huge pain point of Samsung’s smartwatches is the set up process. To pair up a Gear smartwatch, you have to download several different apps to your smartphone if you’re not using a Samsung phone.

Even then, though, the process is not as seamless as Wear OS, where you just download the app, search for nearby hardware, and let the app do the rest. Samsung requires user interaction through a huge portion of the set up process which, if you’re like me and you change phones often, is a headache.

Tizen is a security nightmare

Then, there’s the final and in my opinion biggest reason Samsung could be thinking about ditching its own platform for Wear OS. Tizen is a security nightmare.

Last year, a report revealed that Tizen was riddled with security holes, even being described as a “hacker’s dream.” The report even went on to quote a researcher who said “It may be the worst code I’ve ever seen. Everything you can do wrong there, they do it.”

Needless to say, it would take a huge overhaul to fix Tizen in its current state, but over a year after that report hit the web, the company has yet to do anything of the sort. Samsung has two solutions to this problem at this point, and switching to Wear OS would definitely be easier than rebuilding Tizen properly.

What does Samsung have to lose?

Tizen has been a huge success so far, with more critical praise than Google’s Wear OS too

However, with all the pros, there are some serious cons to switching away from Tizen. One of those is that Samsung has seen a huge amount of success going alone. The Gear S2, S3, and Gear Sport smartwatches have been very popular, putting Samsung behind only Apple in smartwatch market share.

Further, Tizen has seen a ton of critical success. Reviewers and customers alike have really enjoyed the experience Samsung has built with Tizen. Meanwhile, Android Wear 2.0/Wear OS’ changes from Google’s original vision for the platform have only alienated users.

Gear smartwatches feel unique because Samsung can do whatever it wants

A big reason why Samsung has been able to build smartwatches that attract users is because they aren’t the same as what everyone else is doing. The Gear S2 blew minds when it debuted back in 2015. The rotating bezel was and still is an incredibly natural and fluid way to interact with a smartwatch, but it never would have happened if Samsung was using Google’s OS. 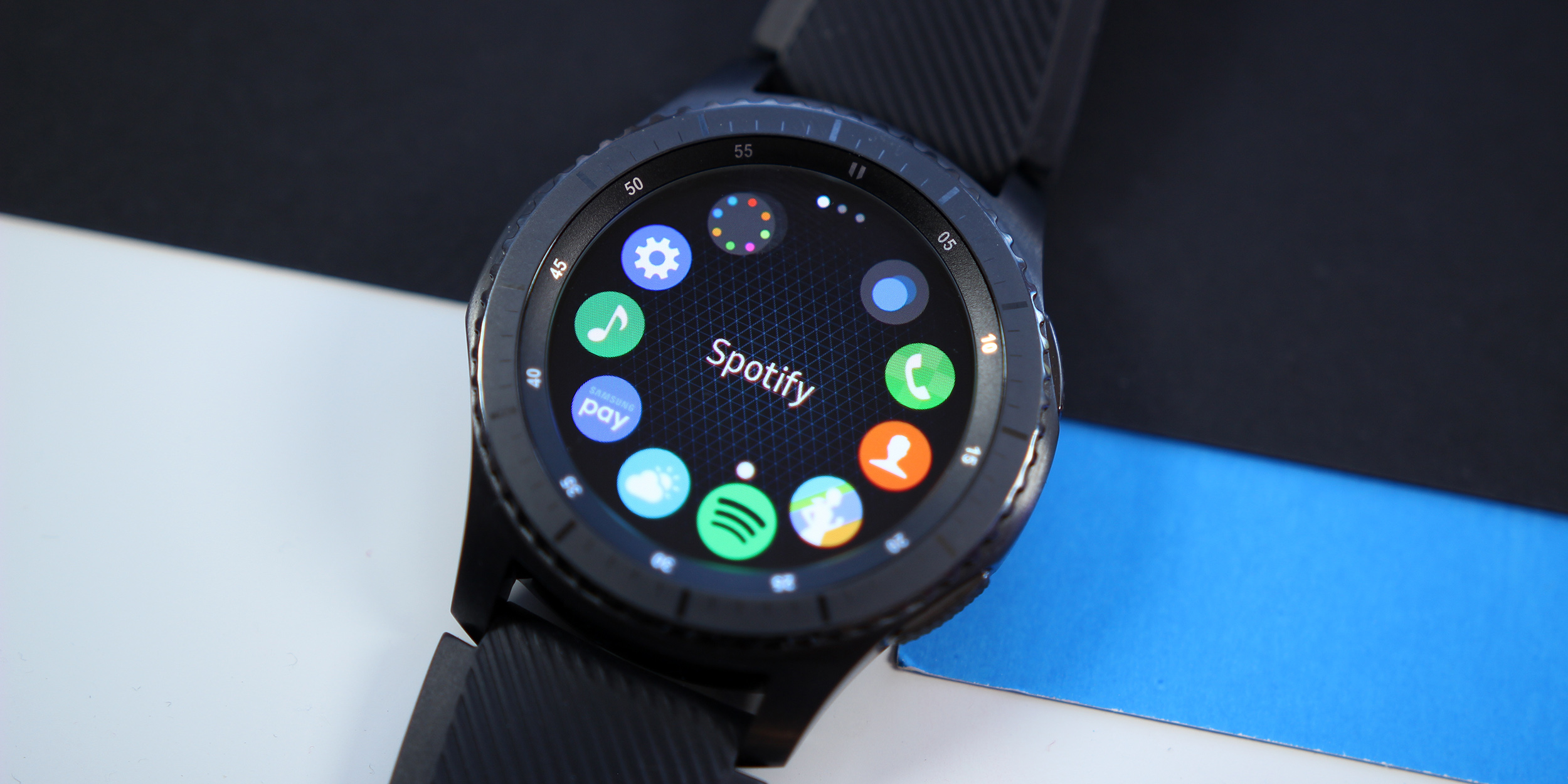 Google, admittedly for good reasons, doesn’t give any flexibility for smartwatch makers when it comes to Wear OS, and that’s why everything is basically the same at the end of the day. If LG or Fossil came up with some incredible idea for a smartwatch comparable to Samsung’s rotating bezel, they’d have to get Google to change Wear OS to support it first. With Tizen, Samsung can adjust the software to fit its craziest hardware ideas.

Wear OS does now have the ability to support this kind of input, as we’ve seen on some watches, but no one has truly copied Samsung.

Another reason Samsung has seen success with its Gear lineup is battery life. There hasn’t been a single Wear OS device ever that could comfortably run for more than a day between charges. Meanwhile, the Gear S3 and even the much smaller Gear Sport both easily float me through a second day if I forget to charge them nightly.

That may not sound like much, but going to bed with 50% instead of 20% is a huge deal when talking about wearables. After all, since options like Pebble are dead and we won’t be getting any more week-long smartwatches, every percent matters, and Wear OS just doesn’t deliver.

Of course, Google and Qualcomm apparently have ideas on improving this, and it was a huge focus of Android P on Wear OS, so we’ll see if things change.

Where does Google fit into all of this?

Maybe Google just convinced Samsung to give it another shot

Samsung has been out of Google’s wearable ecosystem for a while, and there’s been no specific reason to come back. Samsung probably doesn’t care about many of the pros of switching I outlined above, because it’s still selling a ton of watches.

However, as Google continues to attempt tightening the reins with Android, it’s possible that they’ve just managed to get Samsung to give Wear OS another shot. Perhaps Google even showed Samsung some grand plan for Wear OS that convinced Samsung it was the right move. 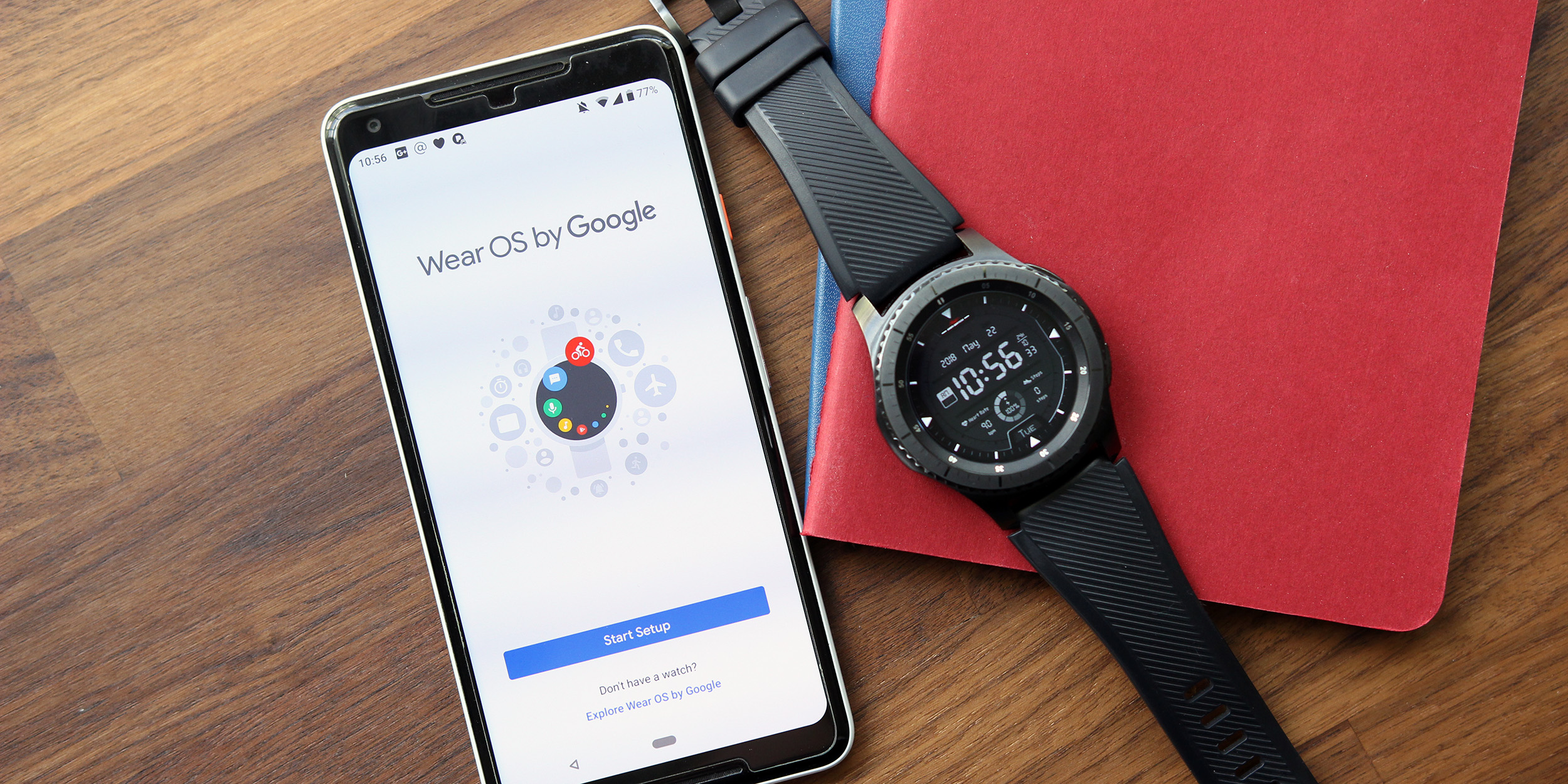 Google might have something crazy in store for Wear OS

When I first heard rumors of Wear OS being on Samsung’s next smartwatch, I immediately dismissed them because, well, Wear OS isn’t up to par, and Samsung knows that. However, there’s another angle to look at, and that’s what Google has in store. We’ve already heard rumors of Google working up new Wear OS hardware that could breathe some new life into the platform, and one would only assume that the company also has some software improvements in store as well.

Really, there’s no way to know exactly what the company has in store (yet), but if Google somehow managed to get Samsung to give it another look, well, maybe it’s something huge and great.

What do you think? Will Samsung actually switch to Wear OS from Tizen? Would you be disappointed or excited if they did? Drop a comment below and let’s discuss!