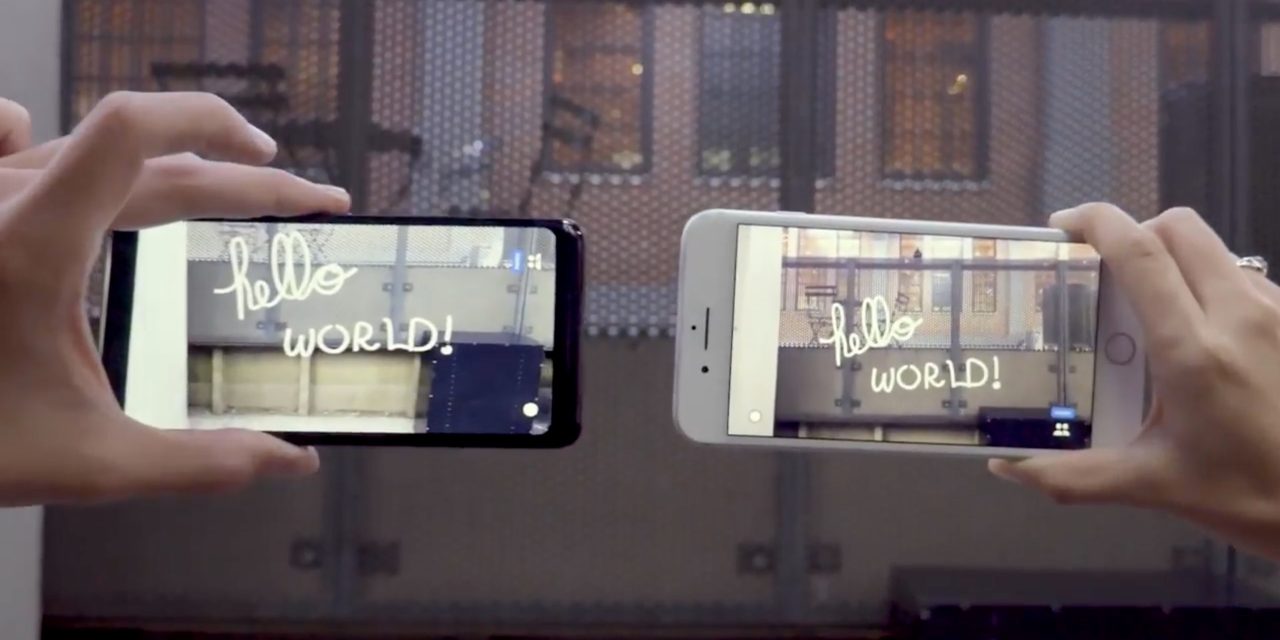 Following ARCore’s launch in February, Google at I/O 2018 announced version 1.2 of its mobile augmented reality platform. One feature of the new release allows users to share and have collaborative experiences across devices. Google is today releasing a demo app that lets two users, regardless of platform, draw in AR together.

Earlier this year, Google launched “Just a Line” to show off ARCore’s capabilities. Users could draw in the real world and then record these doodles for a very nifty video. Beyond artwork and creativity, other use cases involve simple games, like tic-tac-toe, or leaving a virtual message.

Google used the app at I/O to show off ARCore 1.2’s Cloud Anchors. This feature works to allow two users to share the same virtual reality space. As such, drawings from one device automatically appear for the other user in real-time, with positioning perfectly maintained. This opens up experiences like joint decorating, playing games, painting a virtual mural, and more

Version 2.0 of Just a Line on Android includes this pairing feature where you can place a phone side-by-side and tap the “partner” icon. Once shared and synced, you can begin collaborating in real-time.

Google is taking this capability a step further by releasing Just a Line on iOS where the real-time collaboration feature is also available. In fact, Google considers the application the “first cross-platform collaborative AR app (for doodling).”

Just a Line is available on newer iPhones, while an ARCore compatible device is needed on Android with version 2.0 rolling out now. The app is open source and Google encourages developers to check the examples out to implement Cloud Anchors in their own apps.