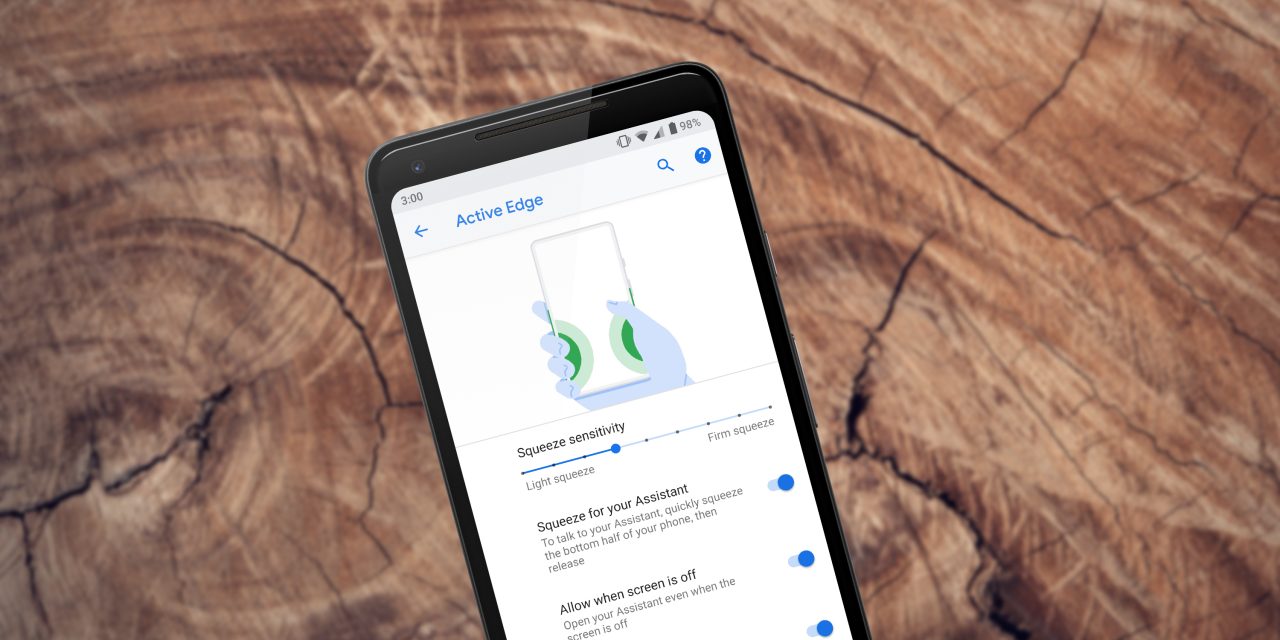 After working with HTC last year, Google decided to introduce a new input method it called Active Edge. When enabled, you could launch the Assistant or silence notifications by squeezing the two sides of the Pixel 2 inward. Well, whether many customers used it or not, it appears as though Google plans to bring Active Edge to the upcoming Pixel 3 and Pixel 3 XL.

This report comes from XDA-Developers who discussed the possibility of Active Edge on Google’s upcoming hardware with the user who leaked the first round of photos of the Pixel 3 XL. According to the source, despite soft-bricking the prototype, he was able to trigger a vibration while squeezing the handset.

To confirm this information, XDA then went and dug into the Android P DP3 and found that the “WakeMode” class in the SystemUIGoogle APK had been updated. Within the newer “isWakeSettingEnabled” method, they were able to locate mentions of Crosshatch and Blueline (codenames for the Pixel 3 handsets) in the list of compatible devices.

So while this isn’t conclusive proof that Active Edge will be a feature on this year’s Pixel smartphones, it’s pretty safe to assume that Google isn’t getting rid of the squeezable edge just yet. Unfortunately, looking at the leaked Pixel 3 XL photos can’t really help us in this instance.