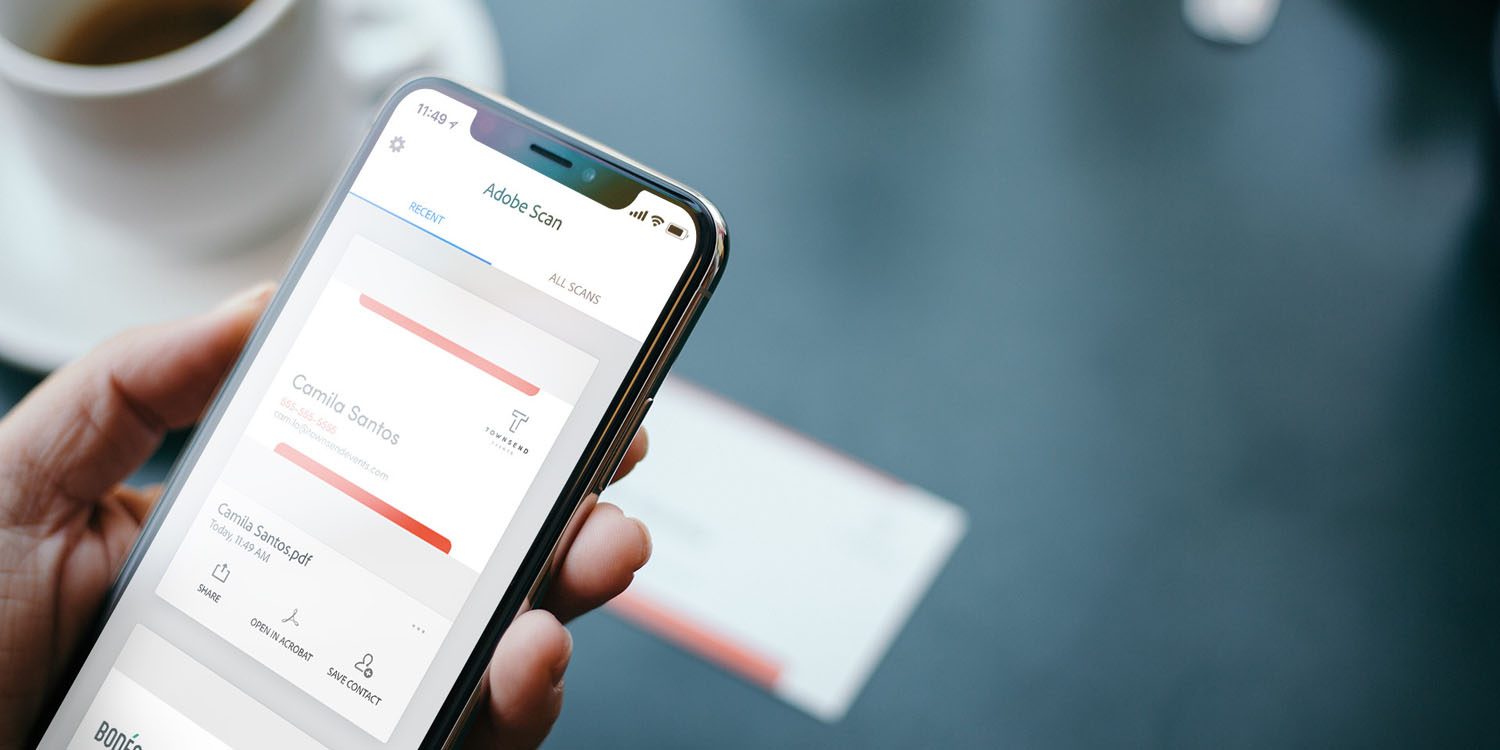 Sharing contacts between phones doesn’t yet seem to have taken over from handing out business cards, but if you want to keep things paperless there are a number of apps that allow you to scan a card and save it to your contacts.

Most require some kind of manual edit, however, particularly when it comes to getting information into the correct fields – a problem Adobe claims to have solved with the latest version of its Android Adobe Scan app …

VentureBeat got an in-depth hands-on.

Once Adobe Scan recognizes a business card, it presents a Save Contact button. Tapping on it adds the person’s name, company, phone number, email address, and image to your contacts […]

Adobe Scan taps the heterogeneous compute capabilities of both Android and iOS devices to remove unwanted objects from the scan, like fingers, and uses heuristics models to identify fields like email addresses with 99 percent accuracy. In the rare instances it doesn’t get a name or number right, it offers machine learning-powered suggestions.

Adobe’s product manager said that it had been working on the feature for a year, solving several problems before launch. One of them was the fact that some business cards have white text on a black or colored background, something which tends to confuse OCR systems.

Improving scan accuracy required inverting the color of black business cards after the fact, in software (to the AI models’ eyes, the inverted cards appear to have white backgrounds with black text).

Equally challenging was getting the system to recognize white business cards on white tables and tablecloths. “It took a couple of months to solve,” Chugh said.

Low-light scans were the other beneficiary of the team’s data crunching. In environments where the ambient lighting is too dim for the camera to make out the business card’s text, the Adobe Scan app now briefly switches on the flash at the moment of capture. Shadow detection has been improved, too — Adobe Scan’s algorithms can distinguish between business cards and hard shadows formed by wayward hands and phones.

The firm has also announced a partnership with Microsoft which integrates Adobe PDF generation into Office 365.

New shortcuts in the ribbon of Word, Excel, and PowerPoint web apps allow you to convert documents into PDFs with optional password protection. Adobe PDF archiving, conversion, and distribution tools are also now available from within OneDrive and SharePoint.

The Adobe PDF integrations are available today with Adobe Acrobat DC for teams and enterprise.

Adobe Scan is a free download from the Play Store.