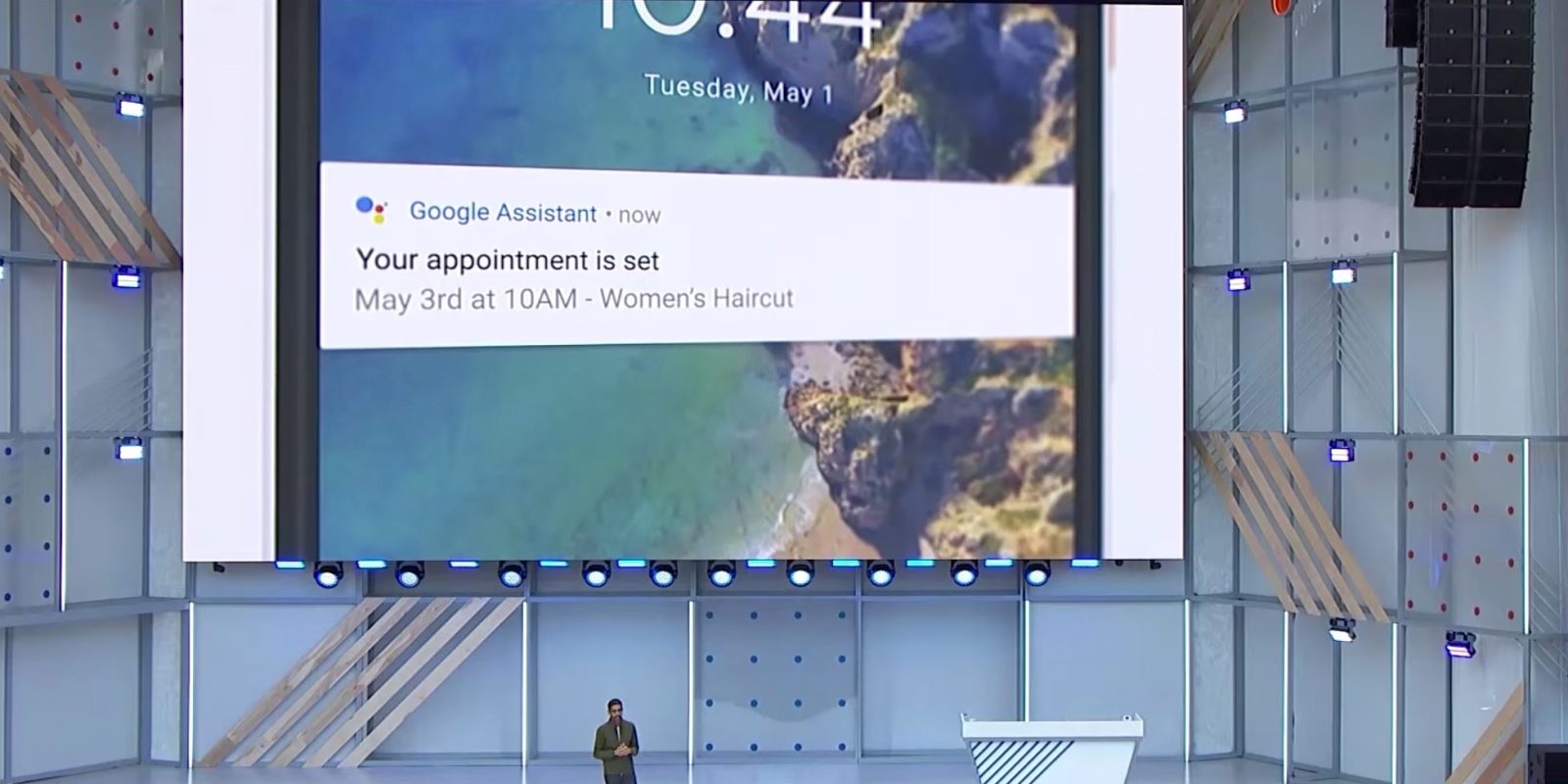 Unveiled at I/O 2018, Google Duplex was a highlight of the keynote, but also a controversy in the ensuing days. From accusations of “tricking” humans with the use of “uh” and “umm” to the lack of a live demo, Google finally revealed more about the Assistant integrated feature today that is still on track for a limited launch this summer.

Google this morning published a video of Duplex in action that better details the end user workflow, as well as what restaurants on the other end will hear. After receiving a request to book a restaurant, Google asks if a later time is okay in case the first is not available.

Google then confirms the details with a visual summary before proceeding to make the call, noting that it will update the user in 15 minutes with a notification.

As noted in hands-ons coverage yesterday with several publications, Google is testing different disclosures at the top of the call to comply with two-party recording consent laws in several states. One of them is “Hi! I’m the Google Assistant calling to make a reservation for a client. Umm. This automated call will be recorded. Can I book a table for Tuesday, the 12th?”

Interestingly, Duplex immediately notes the data after clarifying the “automated” nature of the recorded call. It does not give businesses a chance to decline before getting some details.

According to The Verge, if a restaurant rejects the recording — with Duplex recognizing hesitation in the form of “um” and “yeah, no I don’t want to be recorded” — it will end the call and have a human complete the reservation. Duplex will have “a bank of human operators” that have access to the previous transcript to take over a call when needed, as well as annotate logs for the system to improve.

Google clarified several of the primary criticisms yesterday. Beginning with how the verbal cues of “umm” and “ah” are necessary to make a conversation more natural. During the development process, Google found that humans rejected and hung up on the initial robotic voice.

Additionally, the demos on-stage at I/O were real calls just edited to take out personal information. Several publications, including CNN, Gizmodo, CNET, and Ars Technica got a live demo of Duplex yesterday, with some playing the role of the restaurant owner.

As announced at I/O, Google Duplex will begin public testing this summer. The first calls will inquire about holiday hours to update Google Search listings before moving on to restaurant reservations. A third domain will focus on hair cut appointments.

“In the coming weeks,” Google will begin “limited testing” with “a set of trusted tester users.” Meanwhile, it will also be restricted to partner restaurants, with businesses able to opt out of Google Assistant calls in the future.