OnePlus 6 Review: Setting the standard for an affordable flagship… again 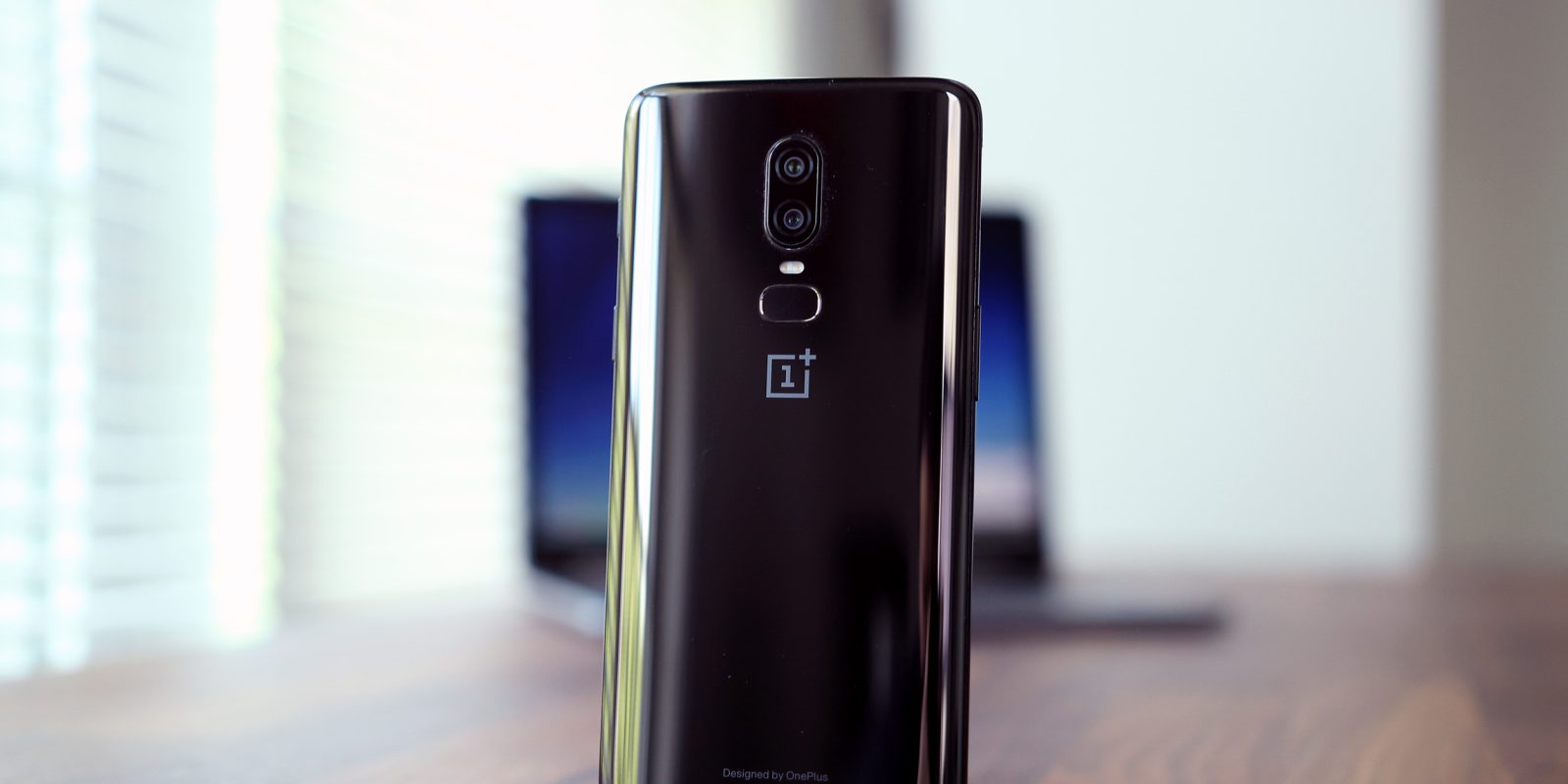 When buying a smartphone, things usually go one of two ways. Either you spend a ridiculous amount of money on a full-featured smartphone that fits your needs, or you save cash and sacrifice elements that you hope you aren’t going to need. For years now, OnePlus has been working to perfect its formula of mixing the two. This year, I think they nailed it once again.

OnePlus delivered its first Android smartphone, the OnePlus One, with a design that was extremely unique in the market. In the years since, a lot of that uniqueness has faded away, but each device still has the feeling of being a OnePlus device. Last year’s OnePlus 5 did bore an uncanny resemblance to a certain fruit phone, but the OnePlus 6 starts to stands out, at least a little bit.

With the OnePlus 6, the company has adopted the glass back and metal frame which has been taking over the industry. OnePlus’ take on this design isn’t all that different on the surface, but the one trick the company does have up its sleeve is a matte finish.

The “Mirror Black” finish I reviewed is basically the same as the rest of the pack, but the matte “Midnight Black” and “Silk White” colors are unique (at least until Google probably does the same). They mix the feel of glass without the fingerprints that we’ve been complaining about for years. It’s a great solution if you ask me, and I’d definitely go for that variant if I were to buy the phone personally (fingers crossed on a red color as well). 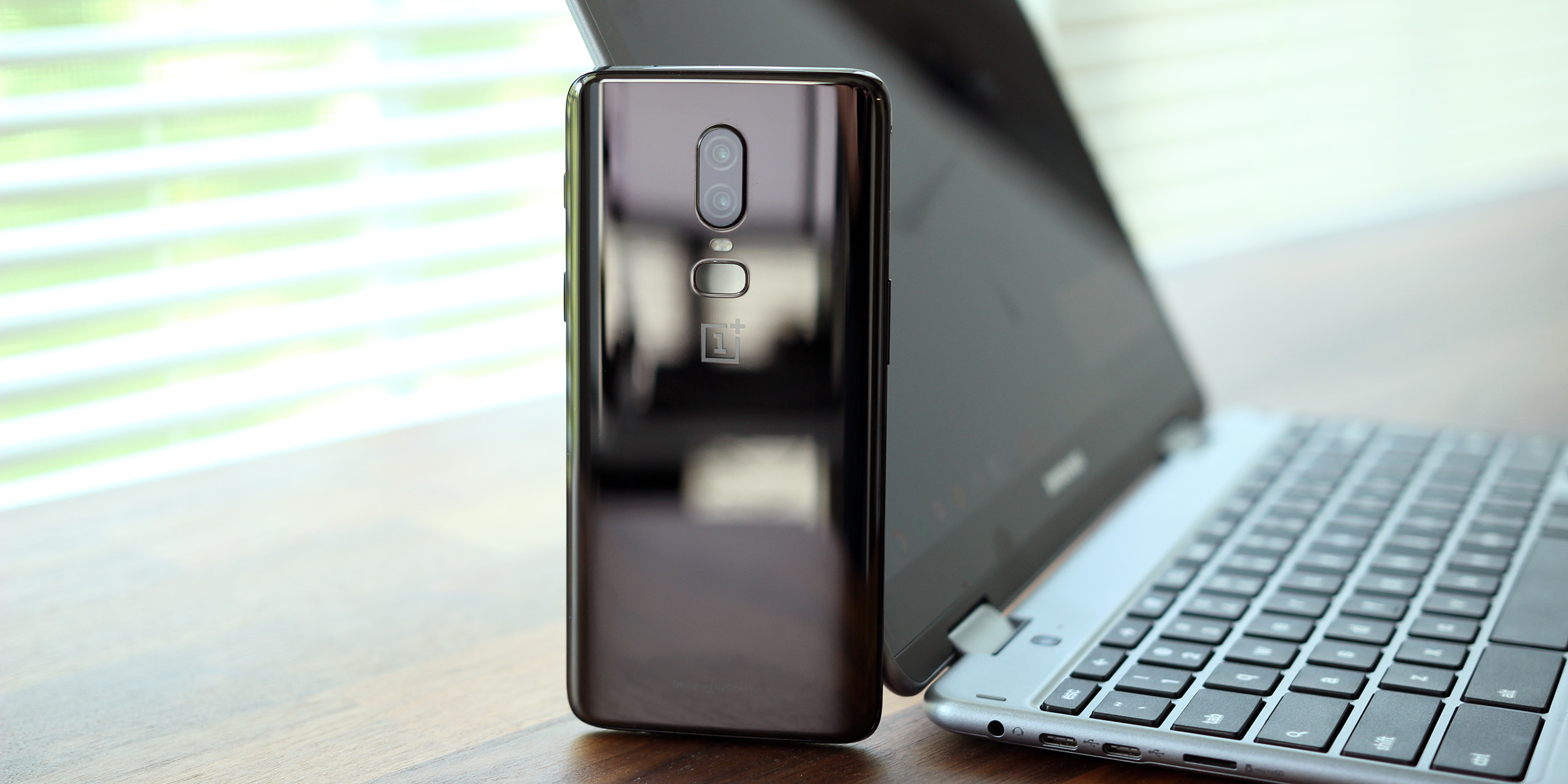 The rounded back gives off a clean look, that is until you pick it up or put it in your pocket. At that point, the “Mirror Black” color just gets covered in dust and fingerprints. Thankfully, OnePlus offers a sweet selection of cases for the phone. I particularly enjoyed the new Nylon Black bumper case which offered a ton of extra grip and protection.

One highlight for me of the OnePlus 6 has been its display. Like the 5T that came before it, this phone has a gorgeous OLED panel on board with vibrant colors. The brightness is still a bit of a sore point outdoors for me, but it’s fully acceptable for the most part.

Of course, the biggest conversation around the display is that of the notch. Yes, it’s here, but no, I don’t think it’s actually a problem. While I’d be fully on board with sticking with a OnePlus 5T-esque look, the notch is something I don’t mind, and it really can make a difference in screen real estate.

As the company has previously mentioned, raising the corners of the display allows for the status bar to take up less usable real estate on the screen itself, meaning your apps, games, and videos are able to use more of the display. It’s not an ideal solution, obviously, but it undeniably gets the job done. Plus, OnePlus seems to handle this better than anyone else. The status bar layout makes sense, and very few apps have been affected by the notch in use. Further, the “chin” at the bottom is very slim, so it doesn’t feel annoying that OnePlus used both. 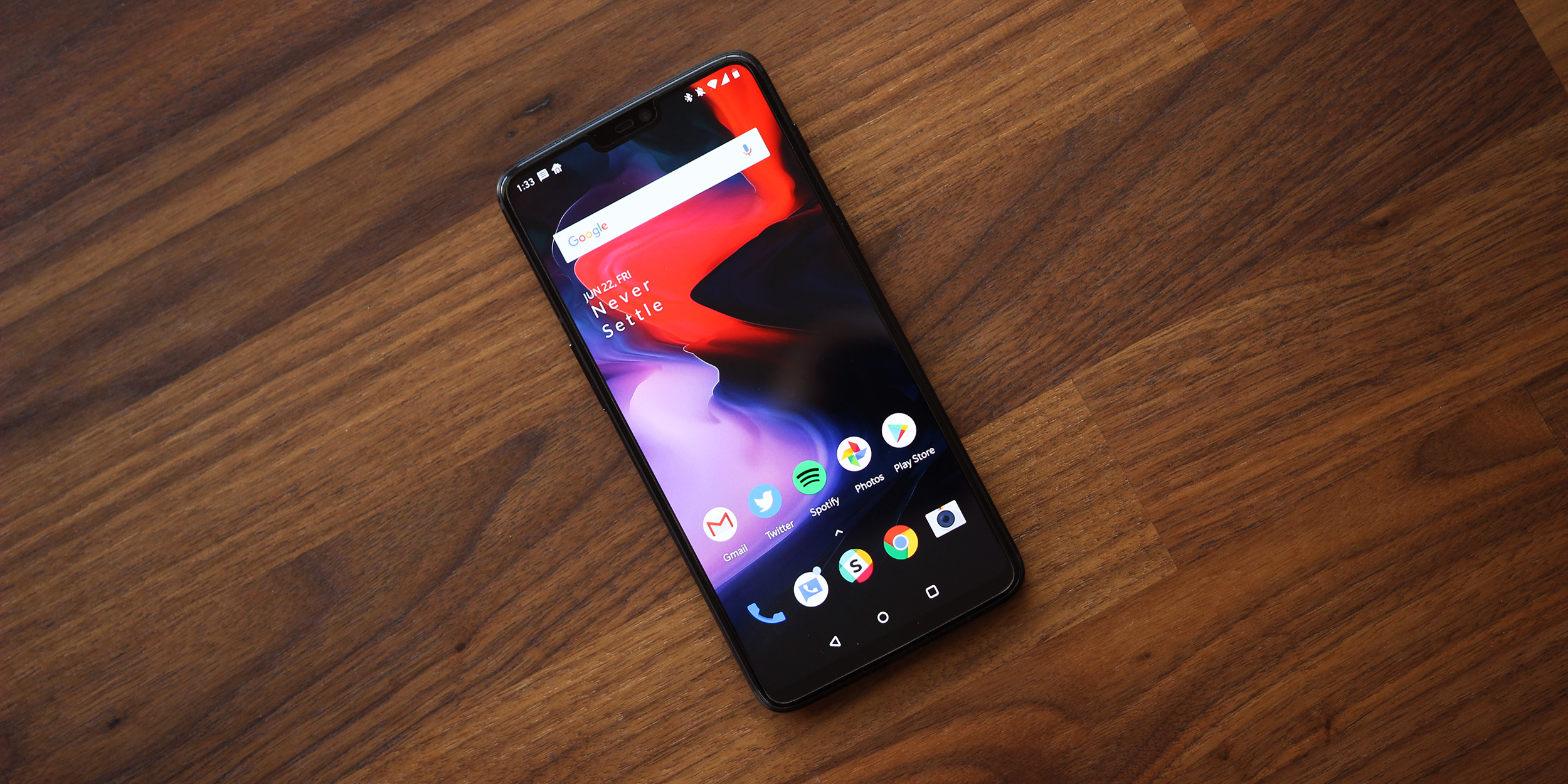 Long story short, the display is great and the notch really shouldn’t be a deal-breaker on the OnePlus 6. I’m sure many reading this will happily argue with that viewpoint, so I’ll look forward to that debate in the comments section below.

A strong point for each and every OnePlus device to date has been the software, and the OnePlus 6 is no different. OxygenOS comes out of the box with Android Oreo on this phone, and it runs like a dream.

First off, let’s talk about OnePlus’ software build here. At a glance, you wouldn’t be mistaken if you thought this phone ran a stock build of Android, but OxygenOS actually improves on that in a few big ways. 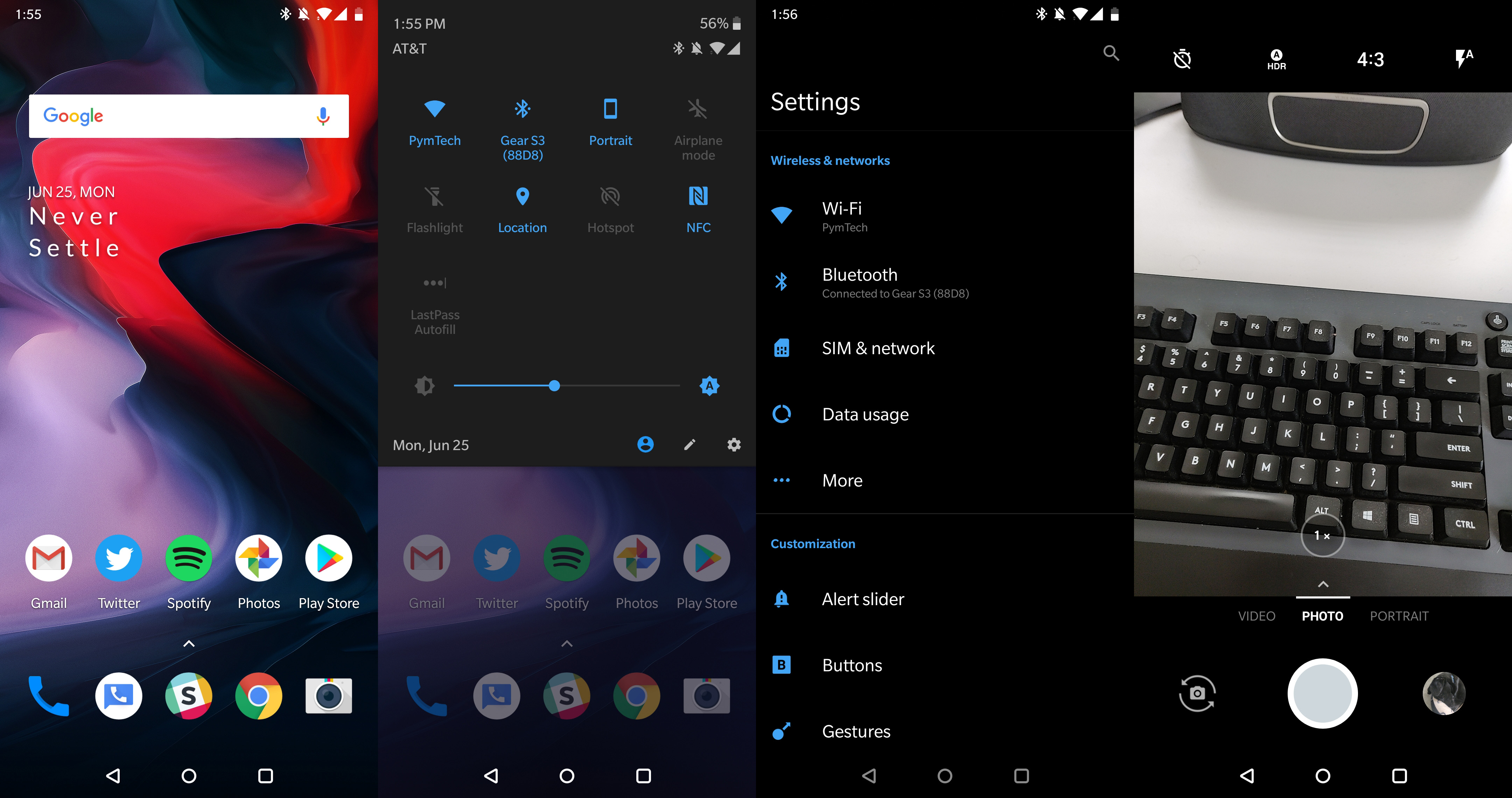 The biggest improvement is in its customizability. You can do and change just about everything in OxygenOS, from the accent colors to activating a true dark theme. There are settings to tweak even little things like what buttons do on multiple taps, various gestures, and even icons you see in the status bar. Simply put, it’s fantastic.

One slightly odd note that I wanted to point out, though, is that OnePlus doesn’t offer a notification gesture on the OnePlus 6. For a while now, many devices from Google’s Pixel to Samsung’s Galaxy S9 have offered an option to swipe the fingerprint sensor to pull down the notification shade, but the OnePlus 6 doesn’t. That’s especially odd considering the OnePlus 5T did offer that functionality.

With a Snapdragon 845, 8GB of RAM, and speedy UFS 2.1 storage on the OnePlus 6, you’d expect a killer performance package, and that’s exactly what the phone offers. The OnePlus 6 never fails me in performance, whether that’s switching back and forth between a bunch of applications, or playing a resource intensive game like ARK Survival Evolved. It truly never skips a beat.

One other thing I have to give OnePlus credit for is fixing the Alert Slider as well. On the OnePlus 5T I enjoyed the functionality, but on the OnePlus 6, it’s actually useful. Finally, this feature actually adjusts between the ringer, vibrate, and silent. It works great, and it truly comes in handy.

Overall, the OnePlus 6’s software is great. It’s user-friendly, clean, and timely updates are something you can mostly expect from OnePlus. There’s even an Android P Beta already live. OxygenOS is simply the standard for good third-party software on Android.

However, not all is perfect, as bugs aren’t uncommon. I’ve noticed a handful of UI bugs on my device, and my colleague Dylan has noted several strange, completely random issues on his unit as well. These can likely be fixed through updates, but they don’t really take away from the experience all that much.

It does all of this with killer battery life in tow as well. There’s a 3,300 mAh battery inside of the OnePlus which, while not insanely massive, easily powers me through a full day of use. Generally, use for me kicks off around 7:30am, and by the end of the day, I usually get around 4-5 hours of screen time before plugging it in to top up at midnight. At that point, the battery is usually down to about 15-20% remaining, if not a little less. Obviously, your mileage will vary, but I’ve been totally satisfied with the endurance here.

Further, the OnePlus 6 brings back OnePlus’ fast charging system. Regardless of what it’s called at this point, this system charges the phone up in what feels like a matter of minutes. Just plugging in for a short while can tremendously boost the available power, and I love that. It especially comes in handy since you’ll probably forget to the plug the phone in from time to time before going to bed. If only there was some wireless solution… Oh well. 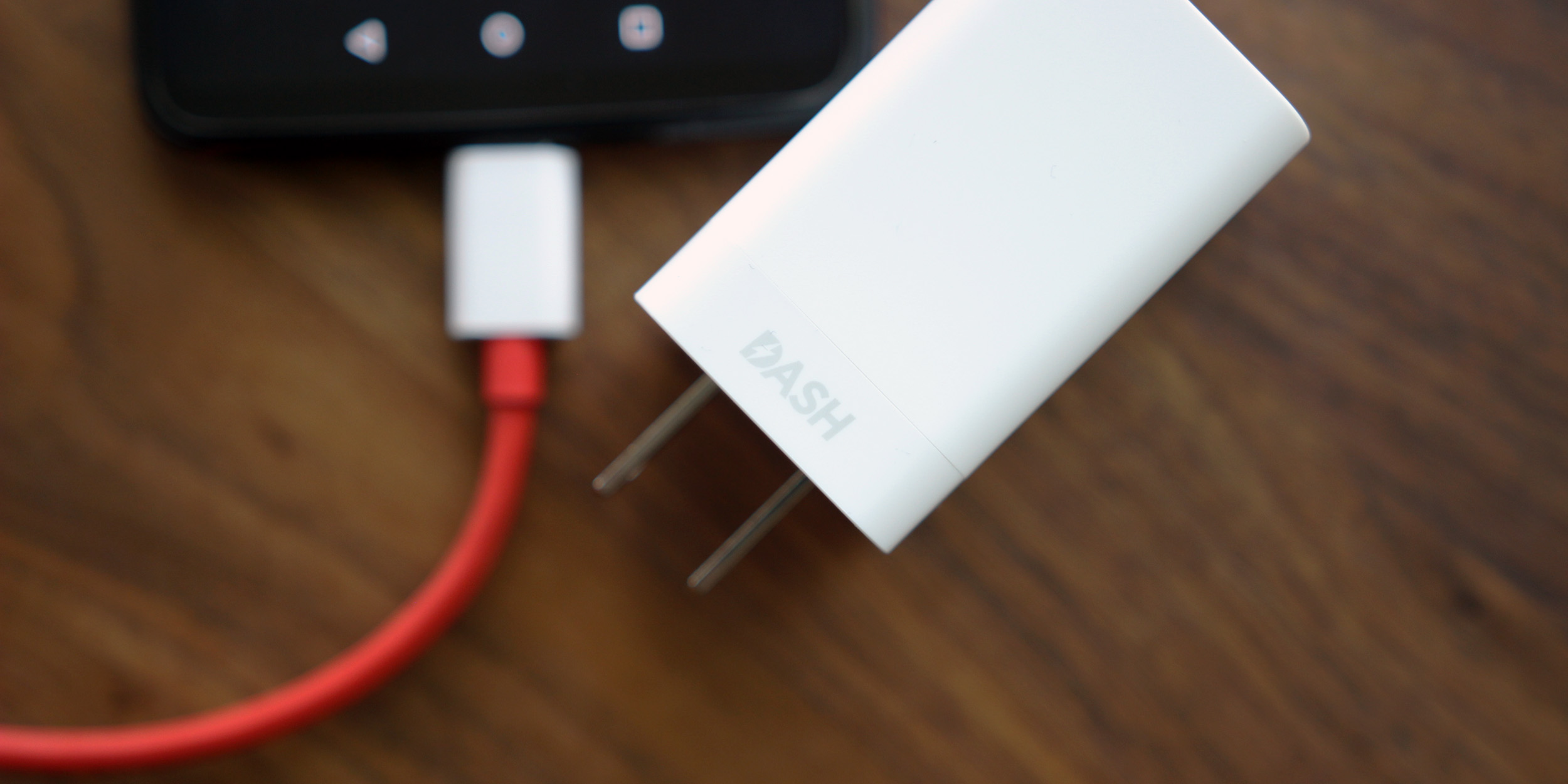 Biometric security is simply something we expect on a smartphone in 2018, and OnePlus is no exception. On the back of this device you’ll find a fingerprint sensor and, really, it’s as good as any other. As I mentioned earlier it’s a bit annoying that you can’t use it as a gesture pad like the Google Pixel or various other devices, but it’s still a good, quick sensor.

Nine times out of ten I have no issues signing into my phone with my fingerprint, and that even goes for when the device is in a case. I do wish the sensor’s physical size was just a little bit larger, but overall, there’s really not much to complain about here. 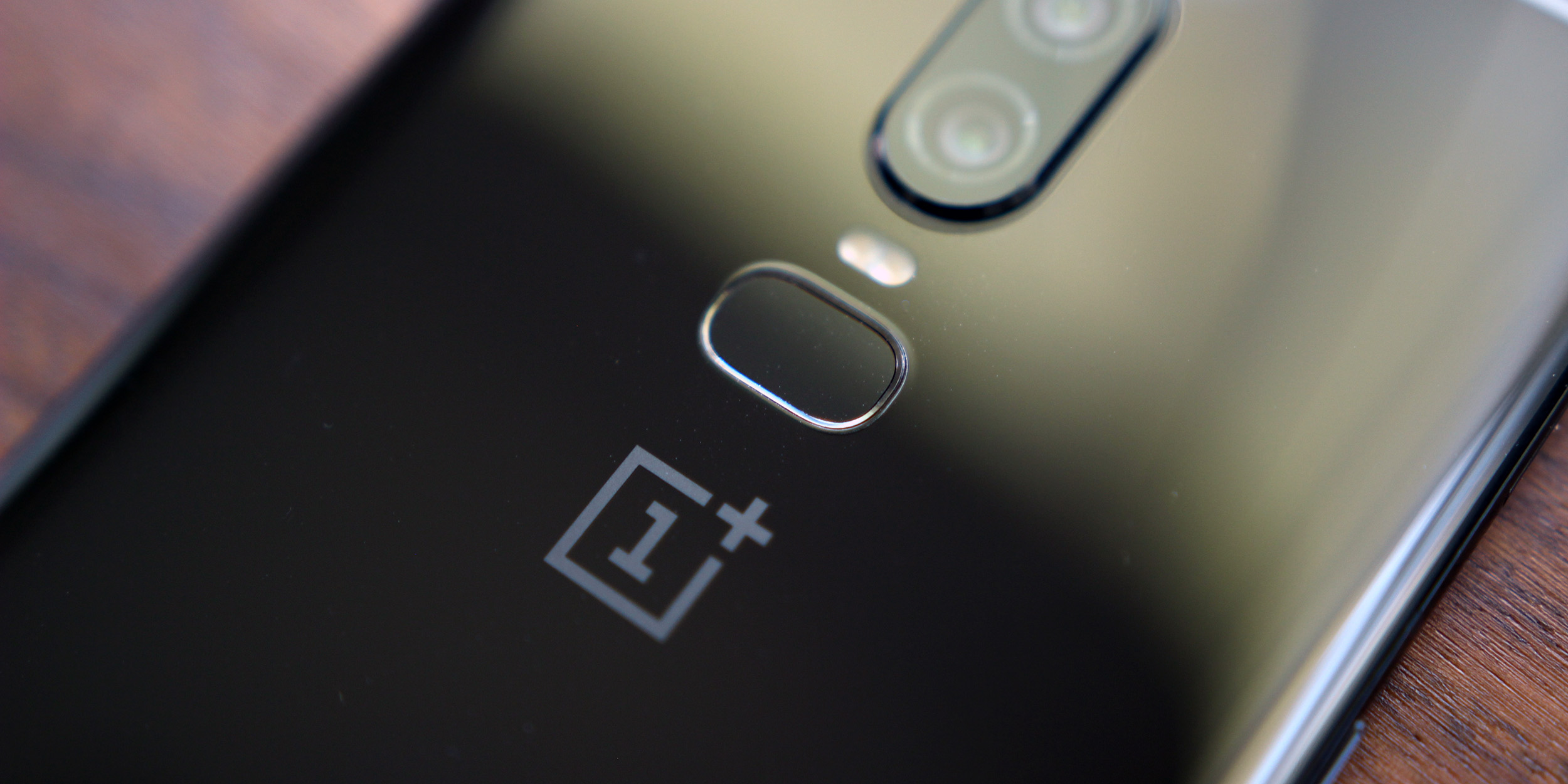 If a fingerprint sensor isn’t your cup of tea, though, there’s also Face Unlock. While this definitely isn’t the most secure facial recognition feature on a smartphone today, it works really well. Unlocking takes less time than blinking your eye, and even in challenging scenarios it still seems to almost always work. You’ll probably have some trouble in a dark room, but it’s still a great feature to have.

OnePlus does an incredible job of making an affordable device feel like a top-of-the-line flagship, but the camera seems to be the common weak point. Things have been getting better and better over the years, but this is OnePlus’ best attempt yet to bring a flagship camera to a “cheap” phone.

Pictures taken on the 16MP rear camera of the OnePlus 6 are crisp, well-processed, and have great colors and dynamic range. Google’s Pixel 2 and Samsung’s Galaxy S9 both take better photos, there’s no doubt about that, but OnePlus has a seriously good contender here. I’ll let the pictures do the talking, though.

Aside from the picture quality itself, I also want to give OnePlus credit for its camera application. While it’s not as fully featured as some competitors, it’s extremely easy to use and it’s fast at the same time. Honestly, I don’t think you can ask for anything more from a camera app.

Yes, the OnePlus 6 has a headphone jack. Yes, I’m glad it’s there. No, I haven’t used it even once since starting to use the phone. 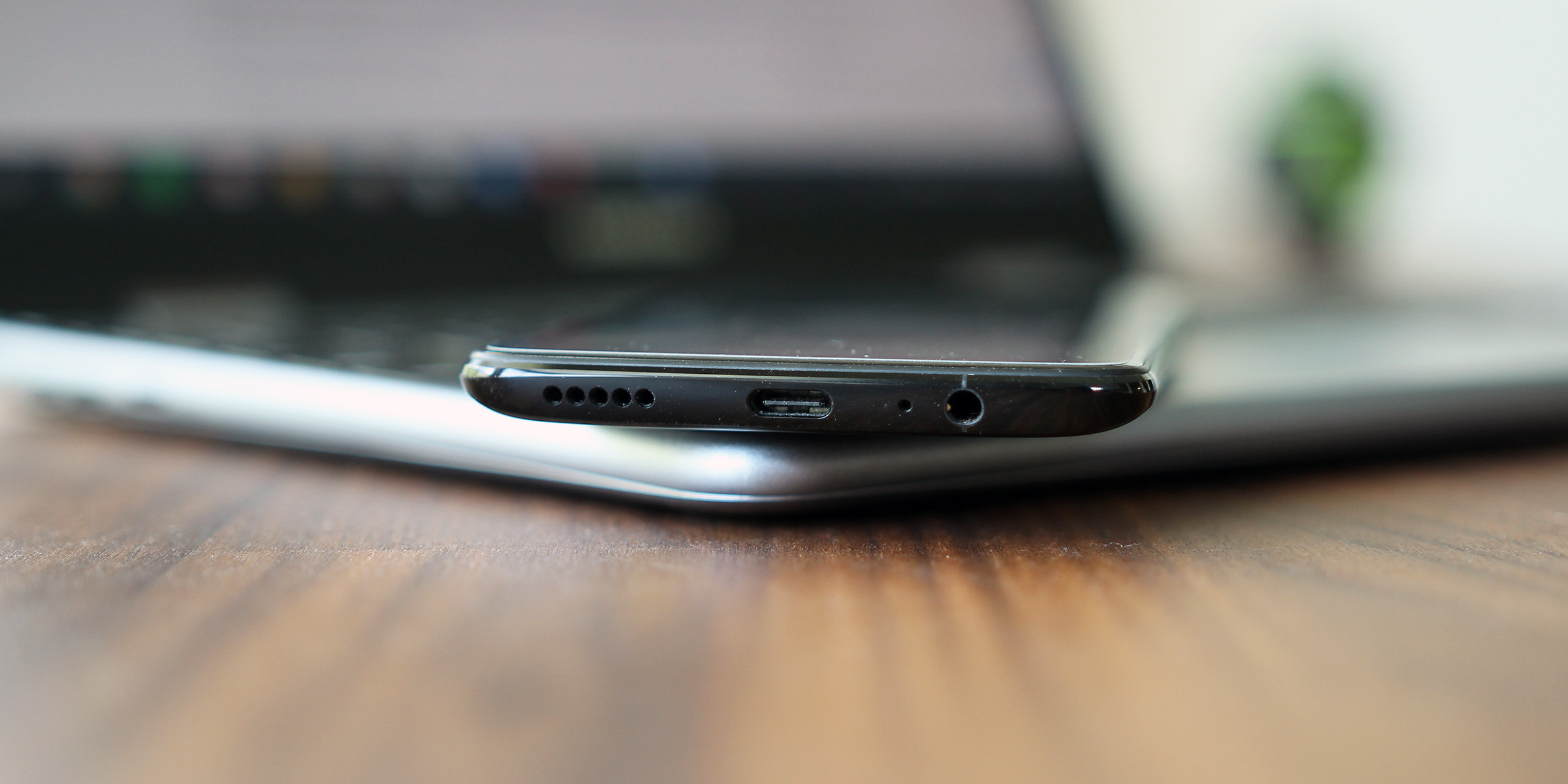 What I have used a fair bit are the speakers, and they’re still a trainwreck if you ask me. The decision to stick with solely a bottom facing mono speaker is baffling when most of the industry has at least gone on to use the earpiece as a secondary speaker. In daily use I constantly find the speaker covered up and the audio nearly silenced. This is one of the biggest things I’d like to see fixed on the company’s next device.

When it comes down to it, my thoughts on the OnePlus 6 are a lot of the same that everyone else has already said. This is the best phone you can get at this price point, and it makes one question if $900+ devices are actually worth the cost. If you’re looking to buy a new smartphone and the OnePlus 6 supports your network (because no, it still doesn’t work on Verizon), this needs to be one of the top contenders on your list. It’s the easiest smartphone recommendation I can give today.

Pricing starts at $529 and sales are available exclusively through OnePlus’ online store.