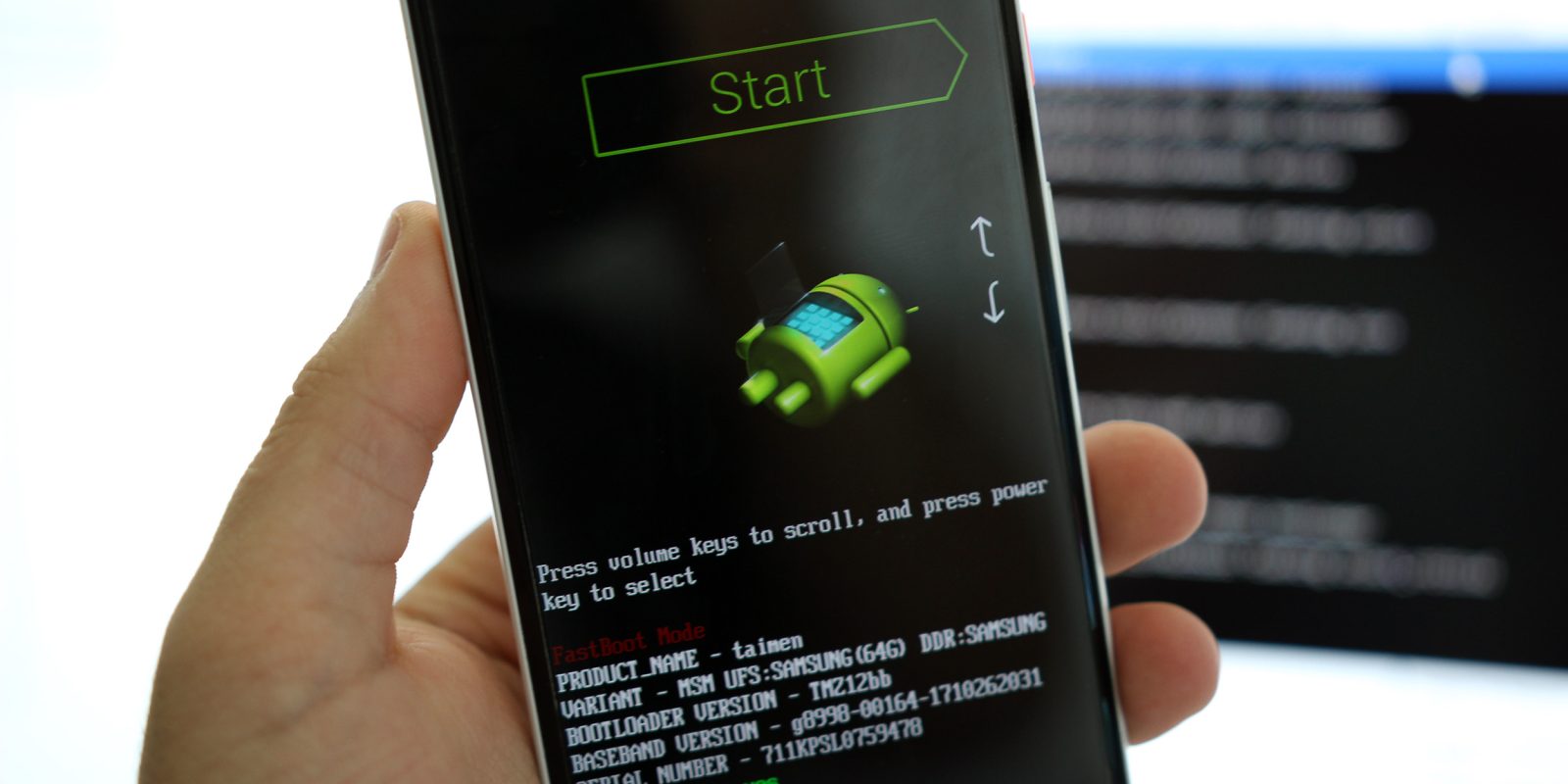 Before we get started, we need to make sure that your device is visible to your computer. Type the command adb devices in the built-in Terminal (macOS/Linux) or Command Prompt (Windows) app; if you see your device listed, you’re ready to go. If not, make sure your device has ADB debugging turned on in Settings. We have an Android Basics tutorial here that will walk you through getting into the Developer Options if you need help.

If you know that your device is already unlocked, feel free to skip this step. Otherwise, you need to make sure your phone’s bootloader is unlocked before you can flash a factory image.

Bootloader unlocking is a security feature that requires that your device is completely wiped when going from a “locked” state to an “unlocked” state. For this reason, there’s no way to keep your data if your bootloader is locked. 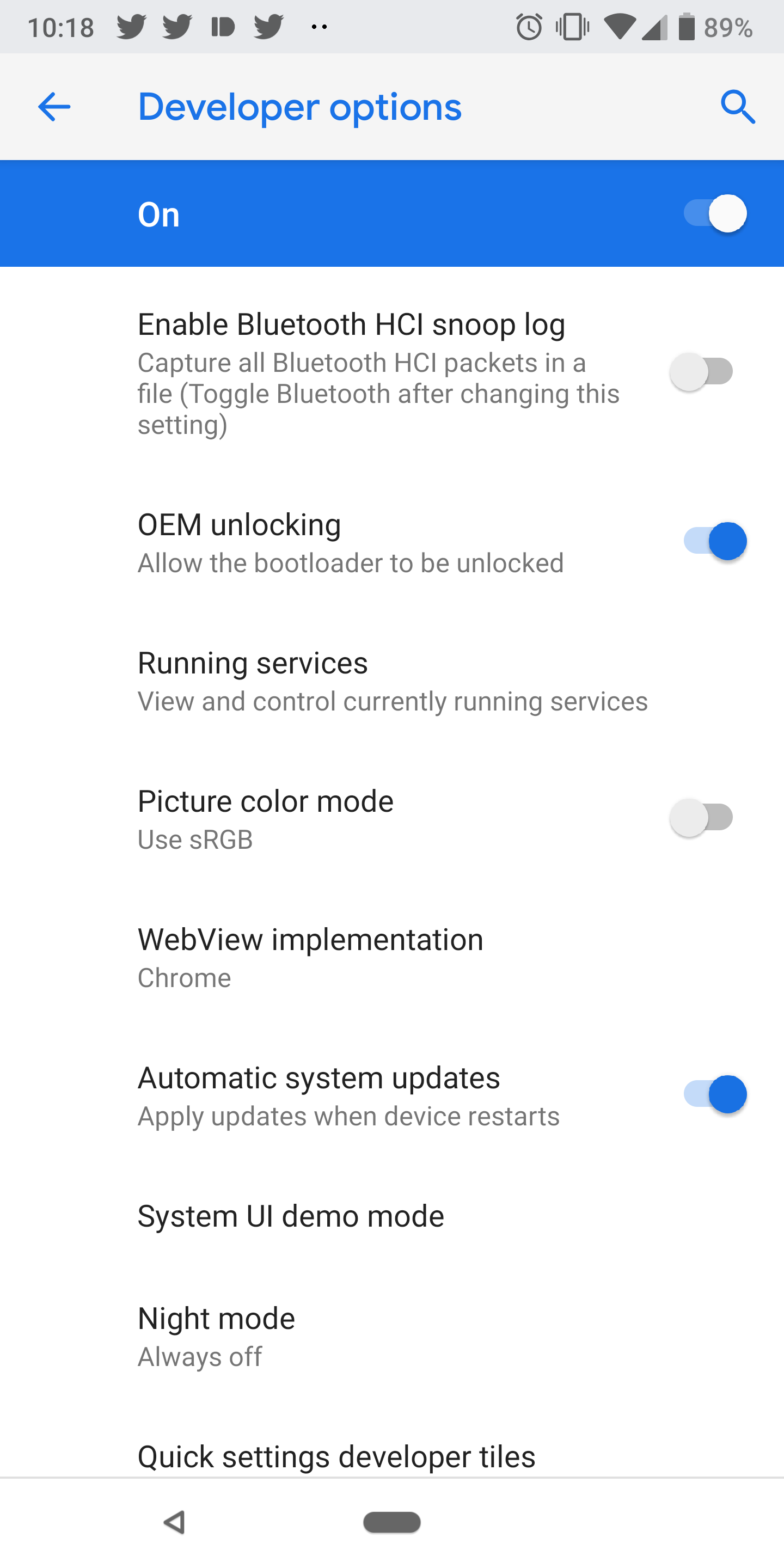 If you need to unlock your bootloader, go to the Settings app, tap on the System option, and head to Developer options (if you don’t see Developer options, go to About phone and tap the Android build number several times). Make sure that OEM unlocking is toggled on.

After this, you’ll see some prompts on your device to confirm that you do indeed want to unlock your bootloader. After you confirm this, your device is going to be completely wiped, and you’ll be ready to move on with this guide.

If you haven’t already, grab the Android P Developer Preview 4 build for your device from Google’s preview factory image page. Once you’ve downloaded the compressed file, extract it.

Inside the extracted compress file there will be a .zip file titled something like “taimen-ppp3.180510.008-factory-4ec49e55.zip” (Pixel 2 XL), and after you extract that file, you’ll find the bootloader, OS image, vendor image, and a radio image. 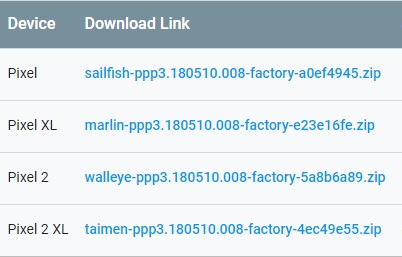 Now point your command line to the file directory with the flash-all script. (Ex: cd /Users/<yourusername>/Downloads/taimen-ppp3.180510.008-factory-4ec49e55). For more help on using the command line, see this cheat sheet.

After the device boots, you should have Android P DP4 and, if you opted to modify the flash-all script, all of your data should be intact.

Note #2: There are two other ways to install Android P on your Pixel. First, you can sign up for the Beta program and have the update get sent to your device via OTA updates. The other option is if you already have Developer Preview 3 installed. This route allows you to manually flash the OTA file onto your handset.

Note #3: This guide assumes you already have the ADB tools installed on your computer. If you need the ADB tools, head over and download the Android SDK, and if you haven’t already unlocked your bootloader, keep reading.