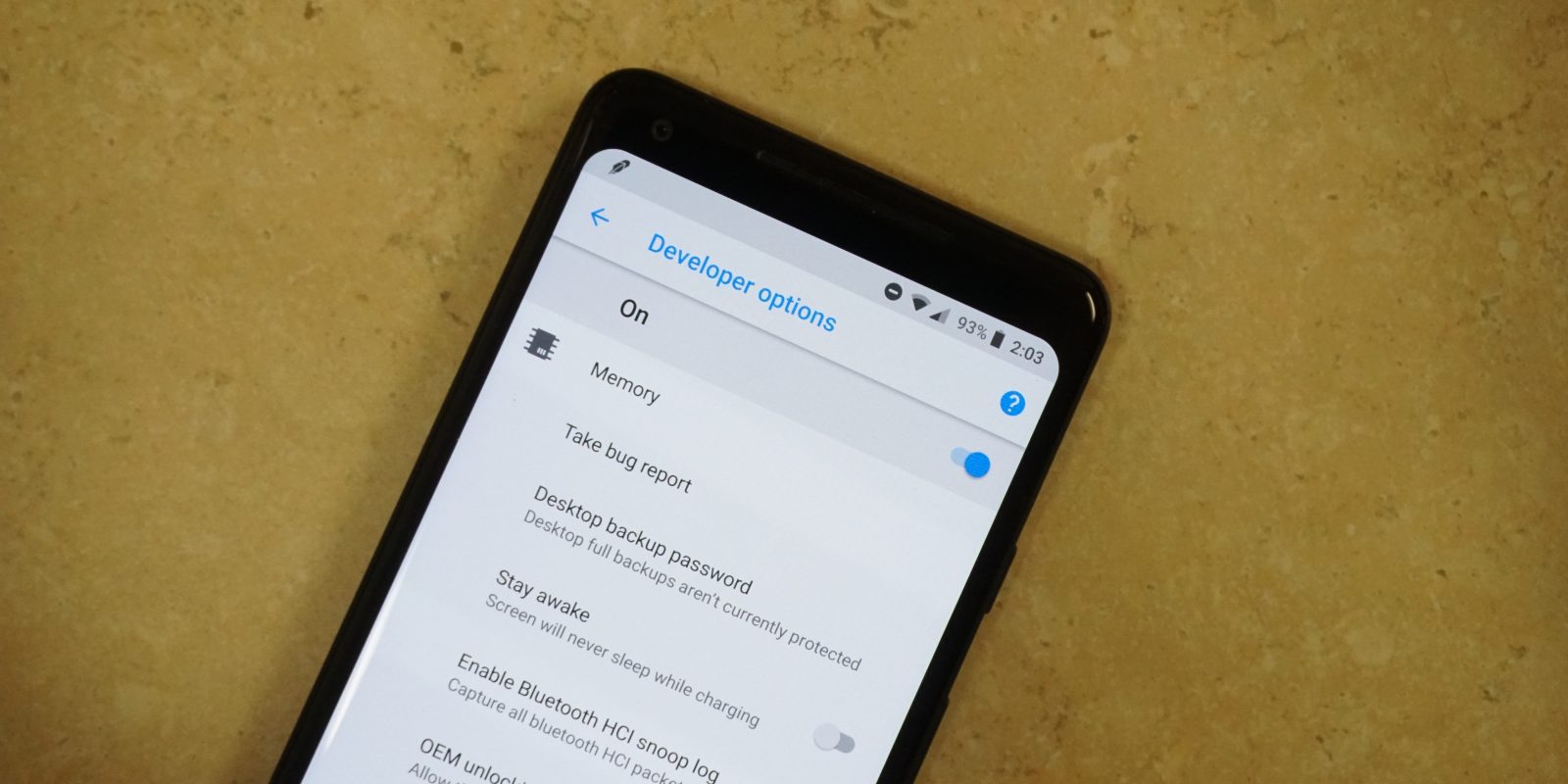 1. Tap the build number… a lot

As with almost all Android phones, you enable Developer options by tapping the build number in the Settings app several times. On the Google Pixel 2 and Google Pixel 2 XL running Android Oreo, you can find that build number by navigating to Settings -> System -> About phone -> Build number.

Tap that build number several times, and you’ll eventually see a notification that says “Congrats, you are now a developer.” If you already have the menu enabled (perhaps you enabled it previous and forgot?) you’ll see a pop-up that says “No need, you are already a developer.”

Once you’ve received the “You are now a developer!” message, just tap back to go back to the System settings menu. From there, you can simply tap “Developer options” to see the plethora of advanced options available to you. These include — most popularly — OEM unlocking, Picture color mode, System UI demo mode, the Memory menu, and USB debugging among many others.