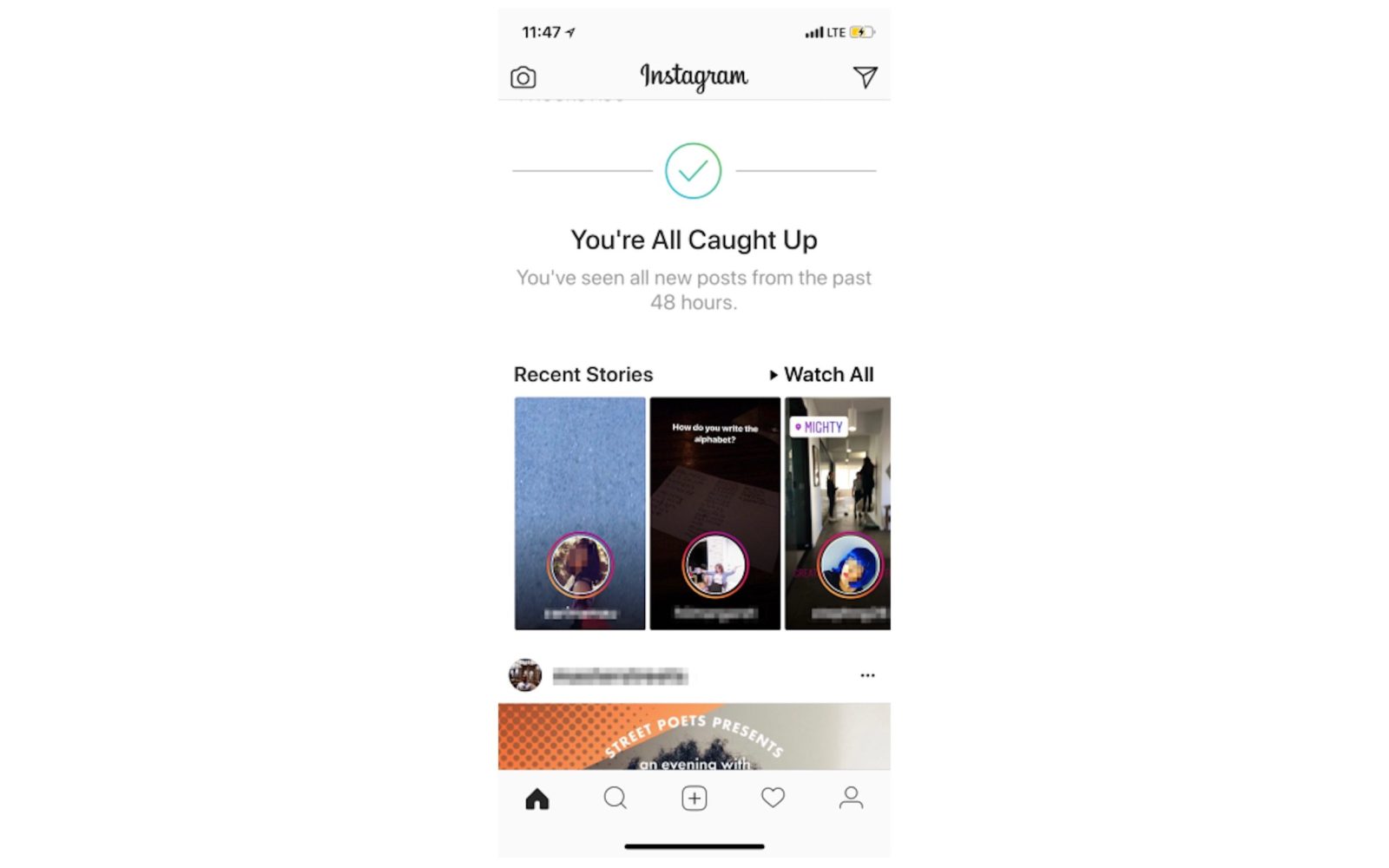 Instagram has today officially started rolling out its “You’re All Caught Up” feature after previously testing it out with a limited number of users back in May.

Instagram received a good amount of criticism when it moved away from a chronological feed back in 2016. One of the main complaints was that an algorithm-based feed encourages mindless browsing and confusion about what posts are new or unseen.

Today, Instagram has announced that it is bringing the “You’re All Caught Up” feature to all Android and iOS users in an effort to create a more straightforward user experience.

Today, you’ll start noticing a “You’re All Caught Up” message when you’ve seen every post from the last two days. We’ve heard that it can be difficult to keep track of your seen posts. With this message, you’ll have a better understanding of your Feed and know you haven’t missed recent photos or videos.

Notably, Instagram didn’t share exactly how the new feature works. Some have wondered whether the algorithm still plays a role with the You’re All Caught Up message, or if it literally means you’ve seen every post from all users you follow in the two-day time period.