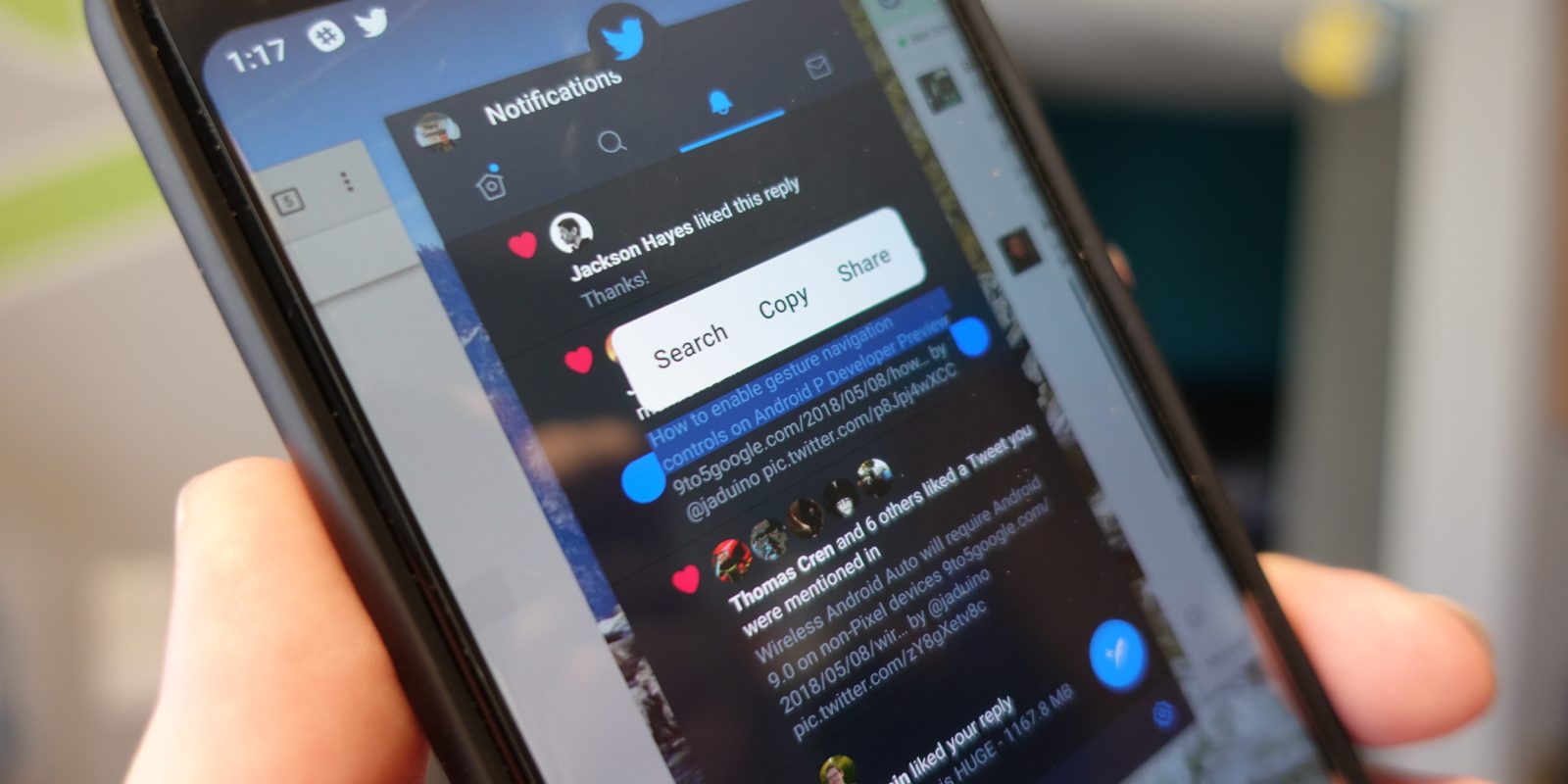 With the second Android P Developer Preview, we saw Google redesign the overview menu and add in several neat features — one of which was text selection. After it didn’t show up for everyone in DP4, people reported its disappearance as a bug to Google.

In response to the bug report, a Google employee closed the ticket marking the disappearance as an intended feature and stated that “Smart selection and action suggestions will only be available on Pixel 2017 and later.”

While investigating the feature’s disappearance, Android Police uncovered a new ‘Overview selection’ option in Android P’s Settings menu. While you can search for the item, it doesn’t actually appear to be live yet. When it is, though, the option to select text and such can be toggled off and on.

As far as why text selection and action suggestions in the overview menu is limited to the Pixel 2 and newer devices, we don’t know. As our Dylan points out, this is a Pixel Launcher option and not just something Google is withholding from all devices that’ll run Android P. It does seem like a weird feature to take away from original Pixel users.