Earlier this week, we spotted YouTube for Android testing full-width video thumbnails in various feeds throughout the app. Today, this new design is widely rolling out for an immersive full bleed look.

All video thumbnails in YouTube previously featured a consistent white border. Now, these cover images and silent Autoplay videos — if enabled — are edge-to-edge, and minimally taller in height. The new style of thumbnails are present on the Home feed of personalized recommendations, Trending, and your Subscriptions feed. The bezel-heavy look is still present in other parts of the app, like on channel pages.

This change might seem minor, but the effect is quite notable on a variety of fronts. Particularly suited for the increasing trend of bezel-less phones, the new design really emphasizes how you’re just holding a screen as you browse through YouTube.

Meanwhile, the lack of white borders also makes for a cleaner and somewhat more modern look. Edge-to-edge thumbnails began widely rolling out last night and is live on multiple P and Oreo Pixel devices we’ve checked this morning. Try closing the app in Recents and re-opening it to get this server-side update.

This is the second major change for YouTube’s Android client in recent days. On Monday, the app began rolling out an Incognito mode to temporarily log out from your account. As such, watched videos and searched are not saved to your history or used for the recommendation algorithms. 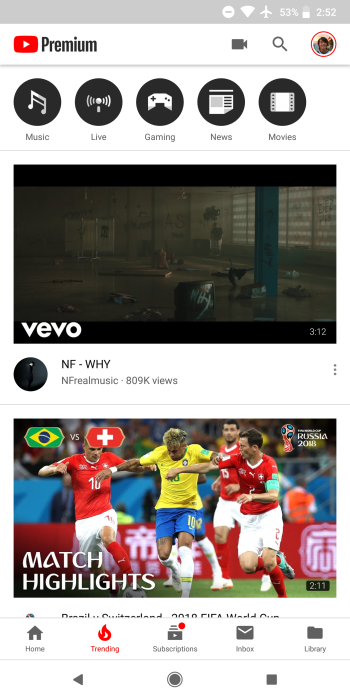 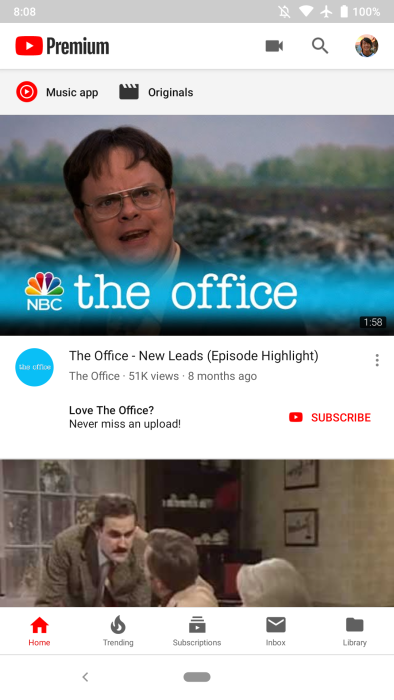 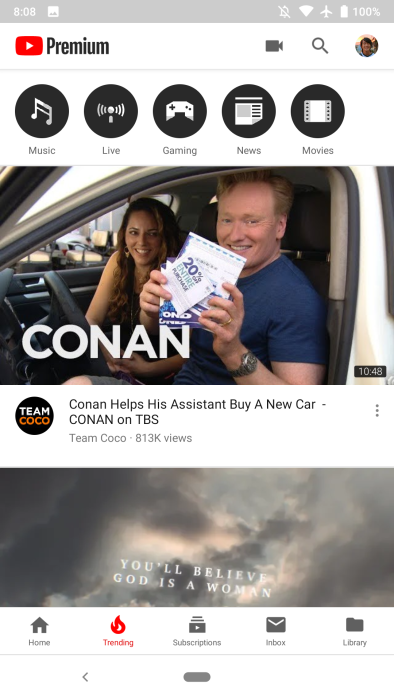 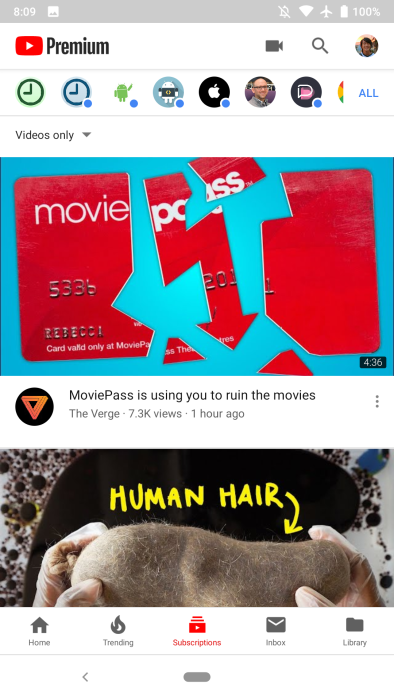