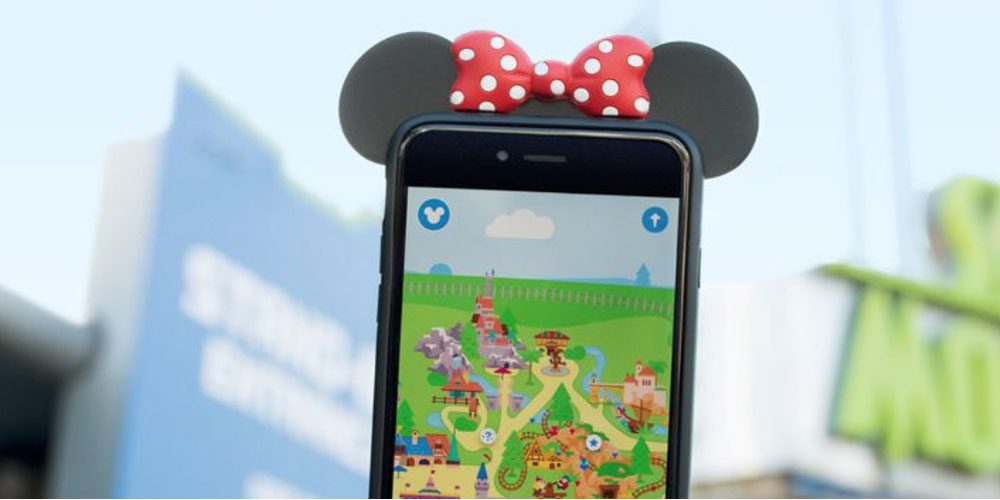 If you’ve ever been bored while waiting in line for a ride at a Disney theme park, the company has a solution – a kind of reverse augmented reality app …

The new Play Disney Parks app offers a number of themed games you can play while you’re waiting in line. But it has several features aiming to make it a little different to just having your head stuck in your phone while you wait.

First, the games are designed to be played by the whole family, passing the phone around between you so that you’re not ignoring your partner or kids. Second, some of the clues you need to play a game are hidden in the line waiting area – and you shouldn’t have to look far for them, because Bluetooth beacons are used so you’re only asked to look for things that are near you at the time.

Third, and most interestingly, CNET reports that you can use the app to trigger real-world events.

I’m not talking about some Pokemon Go-style, augmented-reality gimmick. The app can activate physical things seen in the real world. At Space Mountain, watch rockets fly above your head just before you board your ship. At Peter Pan’s Flight, players can make Tinkerbell appear inside a lantern.

And you won’t be left frustrated by having to abandon the game at a critical point just as you reach the front of the line.

Since beacon sensors know your place in line, gameplay will scale — so you feel like the narrative is complete, no matter if you waited 20 minutes or two hours.

Play Disney Parks is a free download from the Play Store.