Google’s first private trans-Atlantic subsea cable will connect the U.S. and France in 2020

Subsea cables are expensive endeavors and usually involve consortiums of major players with similar needs partnering to build and cover the cost. Alternately, companies can simply purchase capacity from existing cables. However, earlier this year, Google announced that it was building a private intercontinental cable from Chile to Los Angeles called Curie.

Dunant adds network capacity across the Atlantic, supplementing one of the busiest routes on the internet, and supporting the growth of Google Cloud. We’re working with TE SubCom to design, manufacture and lay the cable for Dunant, which will bring well-provisioned, high-bandwidth, low-latency, highly secure cloud connections between the U.S. and Europe.

It will be alphabetically named after Henri Dunant — the founder of the Red Cross and the first Nobel Peace Prize winner — following the first cable in honor of Marie Curie. According to Google, it will be ready to serve Cloud customers in late 2020. 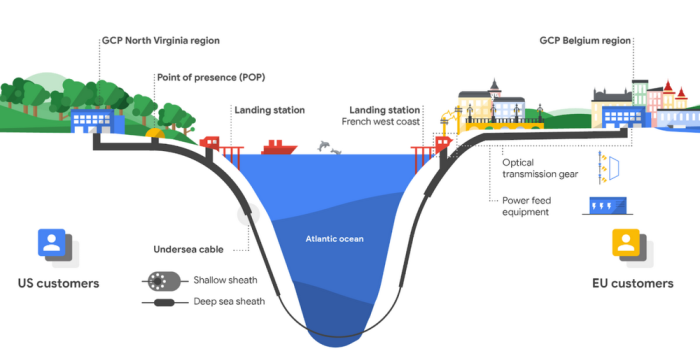 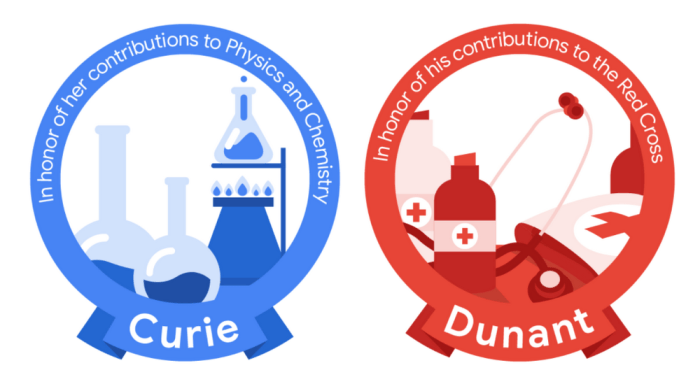 Like in other areas of technology, there are distinct advantages to controlling the entire design, construction, and deployment process. 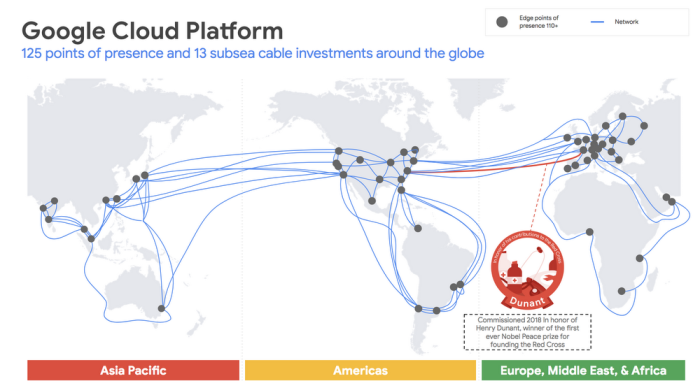 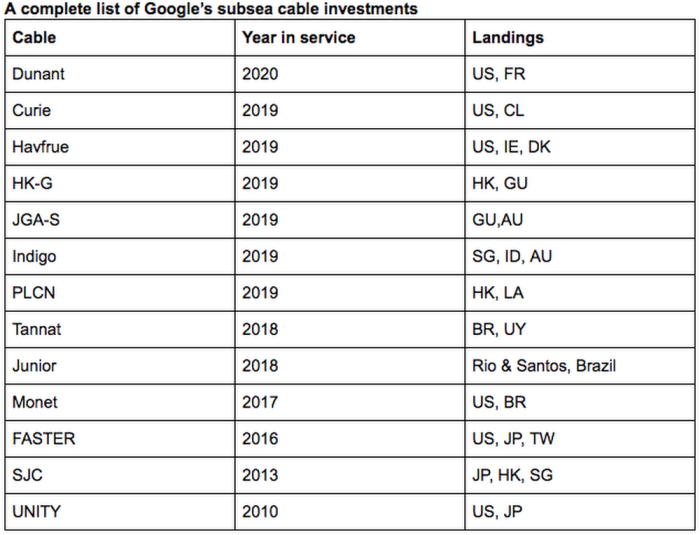